Discover Restaurants offering the best Seafood food in Tilos, South Aegean, Greece. Tílos (Greek: Τήλος; ancient form: Telos) is a small Greek island and municipality located in the Aegean Sea. It is part of the Dodecanese group of islands, and lies midway between Kos and Rhodes. It has a population of 780 inhabitants (2011 census). Along with the uninhabited offshore islets of Antitilos and Gaidaros, it forms the Municipality of Tilos, which has a total land area of 64.525 square kilometres (24.913 sq mi). Tilos is part of the Rhodes regional unit.
Things to do in Tilos 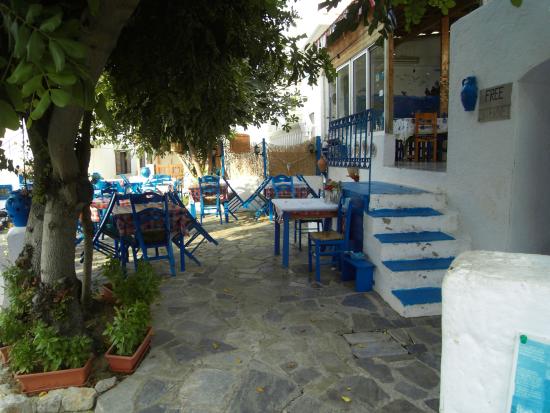 The food was not good and the service was bad. The only taverna on Tilos i would not recommend . We never received a menue, They only had one fish and one meat alternative. The pork was over-grilled and there were no vegetables, only potAtoes. The service was slow. There are many better alternatives on Tilos. 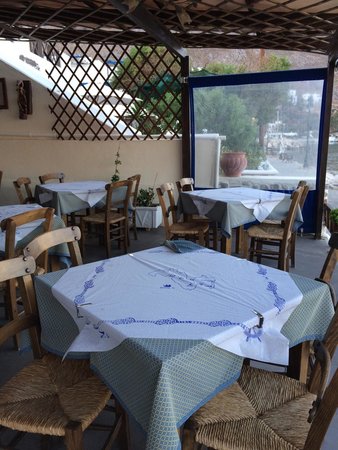 Located along Livadia promenade, it features a wide variety of dishes in generous servings and the best wifi coverage I found on the island. I had avocado salad, really tasty and flavourful, then fish filet also quite nice. Quick and efficient service; competitive bill. I would go back and therefore recommend it. Cards accepted. 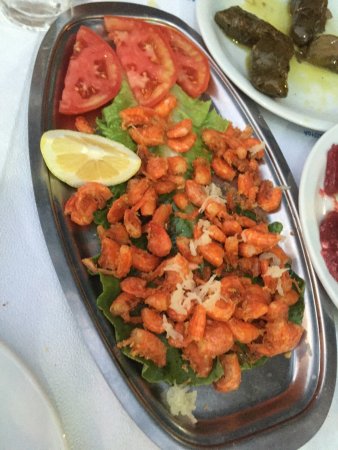 From being greeted at the entrance where we were given great advice on which painfully fresh fish would suit both our budget and taste, to being given our bill with a sweet and a warm smile, we had a delightful evening. 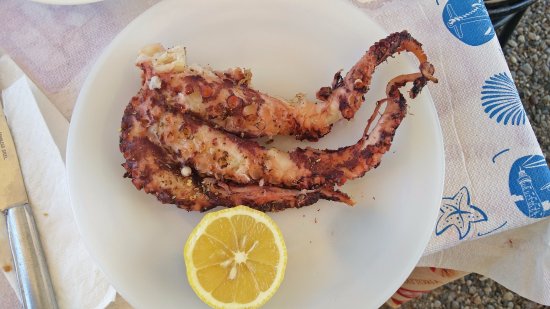 We went there today for lunch. The owner was very lovely. We ordered grilled octopus and grilled squid. And a choriatiki salad (Greek salad).The man set up the barbecue and he grilled the octopus and squid. They were very tasty. The Greek salad was very yummy as well. They used an amazing oregano on the salad and the seafood.The owner's wife baked their own bread, which was very nice. It was a lovely experience and everyone was so lovely and friendly to us. The bill was â¬27 euros in total (â¬10 for the squid, â¬10 for the octopus, â¬5 for the salad and â¬2 for 2 bottles of water).If you are in the area of Agios Antonis, you should go for lunch. 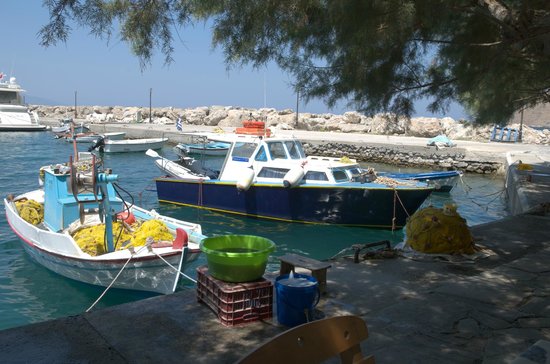 Early Tuesday afternoon the 11th June and we visited Agios Antonios, having parked the car, we visited this Taverna for a snack and a drink.There are 2 Tavernas side by side in the picturesque harbour settings, we chose this Taverna because the other one looked closed.We sat in the shade of a sprawling tree of the harbour side. We ordered a Greek salad â¬6 to share and 2 soft drinks â¬2 each. Our salad, which was rather large with a generous portion of feta cheese was served along with some bread â¬1.We enjoyed the salad, the whole lot came to â¬11, which was reasonable and not a tourist rip off place.The bus does stop here.This is not the Taverna's fault but the picturesque view is somewhat marred by the amount off rubbish that is visible on the shore and at bottom of the sea, sadly that will be my memory of the place and not the nice food.This is a review of the Taverna itself which as an experience was very good. 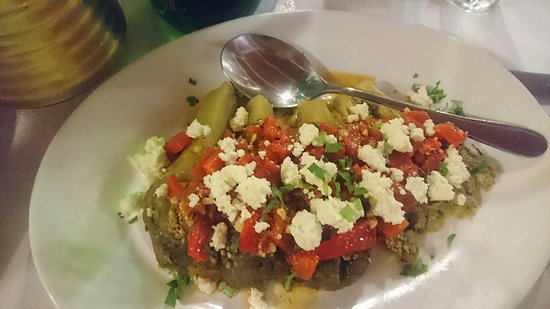 Visited Armenon last night with friends, so pleased we did. We had phoned ahead and booked a table before arriving on Tilos and had found the lady we spoke to very helpful. The service, from the moment we arrived until we left, was attentive but not overbearing, friendly and efficient. All our food was excellent (including the vegetarian options) and made for a wonderful evening. I would highly recommend this restaurant, good food, good service and great location. 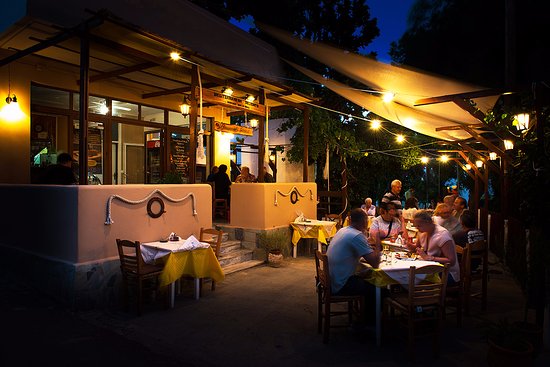 What an amazing experience, tucked away in the heart of the seaside village of Tilos lays this little gem! Tony the chef has experience of the Greek way of cooking along side his competent culinary skills ( you can tell he is trained from the off set) service is provided by his sister and a welcoming gentleman. I had the crab stuffed shrimps which were faultless my husband has the Persian lamb which he loved. The homemade baklava for dessert was the icing on the cake. This was our 4th time eating here and we will be back before we leave for home. Canât fault this experience. Last evening 7 of us walked from Livadia to Faros restaurant on the far side of the bay (3/4 mile maximum) and had the best meal of our collective stay so far. We decided to eat the meal as mezes, everyone sharing each otherâs dishes. Our starters were: briam, gigantes, tsatsiki, grilled courgettes & peppers & aubergines, warm beetroot salad. Followed with 2 fish, pork schnitzel, moussaka and paidakia. Oh and 3 litres of house wine.The food was magnificent, the wine lovely and the setting magical- the view from the restaurant is breathtakingly beautiful. The service was excellent, as ever. Our last evening on holiday with our dear friends will be spent here. And then we will anticipate our return in due course...Lovely place and people; stunning views and fabulous food. 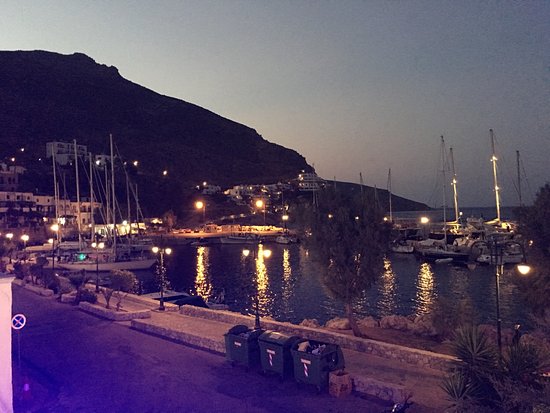 The specials were Stifado ( I was tempted ) and Chicken stuffed with Feta and Spinach, with cream and mushroom sauce. As I donât like cream or mushrooms they asked chef to do it without it, and he did. It was superb. No bread. Cost 11.80 euros which is a lot, but the best meal Iâve had on Tilos Thank you for your review. Hope to see you again!Whith regards Owner-chef Papadooulos Nikos 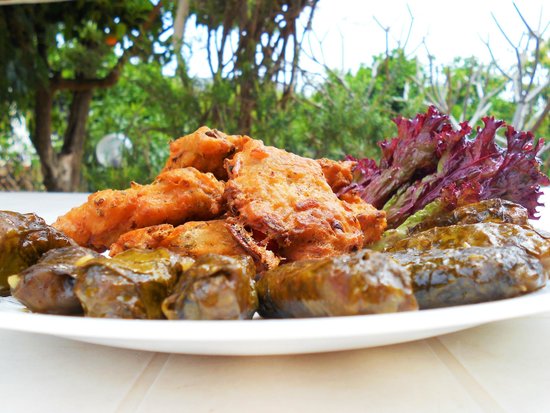 Good food well served by smiling helpful staff in pleasant surroundings. It is easy to miss the entrance to this restaurant, the bus driver will stop if asked, if driving stop when you see the old brightly coloured fishing boat by the road side, turn into the driveway approx 50 metres, you will not be disappointed.

Top 8 Things to do in Tilos, Greece