Find out what Seafood restaurants to try in Finike. Finike, the ancient Phoenicus (Ancient Greek: Φοινικοῦς), also formerly Phineka, is a district on the Mediterranean coast of Antalya Province in Turkey, to the west of the city of Antalya, along the Turkish Riviera. It is located on the southern shore of the Teke peninsula, and the coast here is a popular tourist destination. However, Finike is best known for its oranges, the symbol of the town.
Things to do in Finike

I was there with my friends to spend a wonderful night and try the turkish kitchen.Actually the food was not that bad,but it was the first time in my life that i have been in a fish restaurant where there is no alcohol,therefore i dont recommend you to go there as there are much better options in Finike and over Antalya.The staff was not rude but it was really hard to communicate with them as they are not able to speak english at all,so we were only able to communicate with them with the help of some translation programs.Only positive thing that i would say is that the prices were budget friendly. 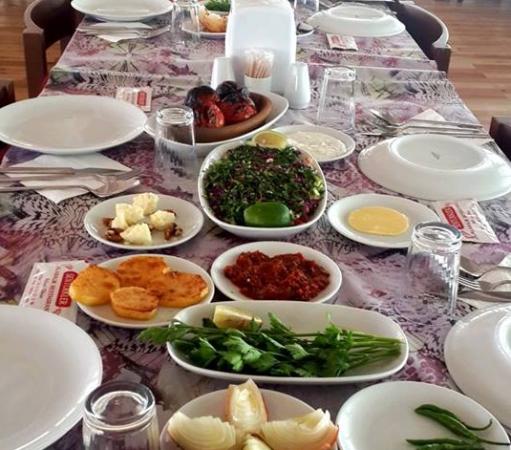 On our way back from Arykanda which has some of the best Roman & Lykian ruins in the area, we chanced upon Senturkler Alabalik (trout) Restaurant. Set high up on the pine clad slopes of a huge valley it was a truly impressive location. We all ordered the grilled trout, served fresh from a tank of running spring water, which seemed good value at 15 TL (5 Euros, 4GBP) per head. We were then served an array of delicious mezes to start, a loaf of freshly cooked village bread each, grilled trout cooked and filleted to perfection, followed by glasses of Turkish tea. Service was quick, courteous and efficient and the final bill was 20 TL each. We've been visiting Turkey for the last 14 years and this ranks as one of the best meals we've ever eaten in terms of quality, value and location.

6 Things to Do in Finike That You Shouldn't Miss 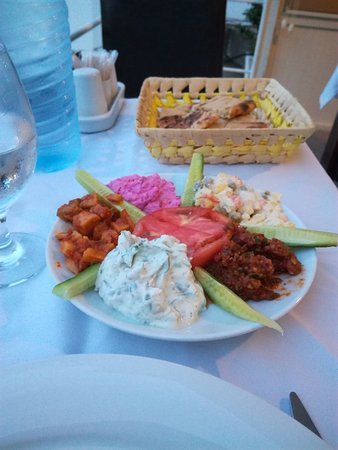 After wandering around through the delightful park, hills and riverfront walk near the Finike Marina, I looked up and there was the restaurant with a tiny balcony with views of Finike Bay, the marina, and the distant headlands. I climbed up the three flights of steps and found a perch on the balcony. It was Ramadan and I was early for dinner. No one spoke English, there was no menu, and the chef, Amet, spoke only Turkish and a bit of German. So, ordering took place via the international use of gesture and repetition. My imitation of a chicken has thus far been recognized in six different countries. Amet's eyes lit up and he said something that ended with 'cassarole'. Success. The traditional Turkish appetizer of bread and assorted dips arrived and if I was a vegetarian, this would have been a complete meal. Yoghurt/dill, a picante tomato salsa, potato and pea salad, cucumbers, locally grown tomato that tasted like a tomato, something I couldn't identify and a purple goo that I discovered was a spicy beet concoction. It was hot, this evening and I drank a liter of water. Then the chicken casserole and if I had a straw I probably would have slurped up the last vestiges of the sauce after I had decimated the chicken, peppers, onions, cheese and spices. One happy diner was I. As I paid my bill of 34 TL Amet used his own personal gesticular language to tell me that tomorrow was lamb and that locals came from all over to partake of his lamb. As I shall this evening. Can't wait.