Discover Restaurants offering the best Mexican food in Missouri City, Texas, United States. Missouri City is a city in the U.S. state of Texas, within the Houston–The Woodlands–Sugar Land metropolitan area. The city is mostly in Fort Bend County, with a small portion in Harris County. As of the 2010 census, the city had a population of 67,358, up from 52,913 in 2000. The population was estimated at 74,139 in 2015.
Things to do in Missouri City 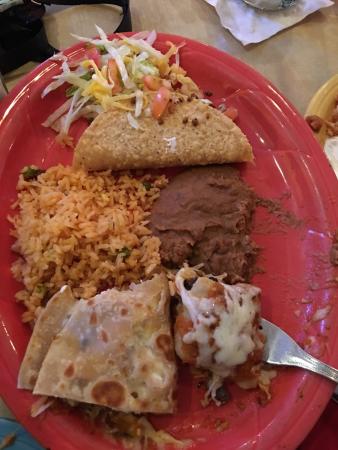 There was only one server working which did not enhance anyone's experience on the evening we visited. Ordered fajitas. Tortillas were no good. The tasted like greasy flour. The chicken was fresh and the onions were good. Salsa was hot which was interesting. Maybe I should have ordered a drink, seems like they get good reviews for their drinks. 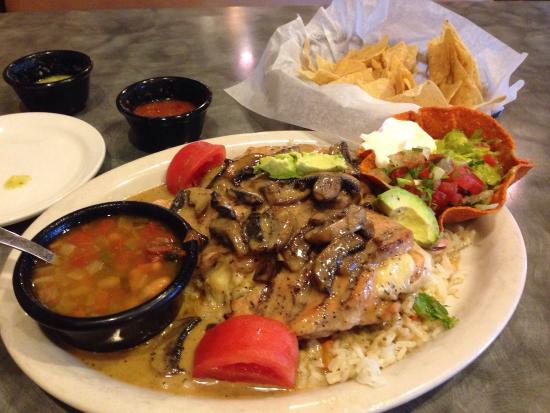 Manager is so rude and doesn't understand the "customer is always right" principle. We have been customers of this place for at least 10 years and we won't be coming back...ever.Miscommunication. Manager didn't offer ANY compensation and just simply wanted to argue. Even tried to start a fight between my mom and my dad. 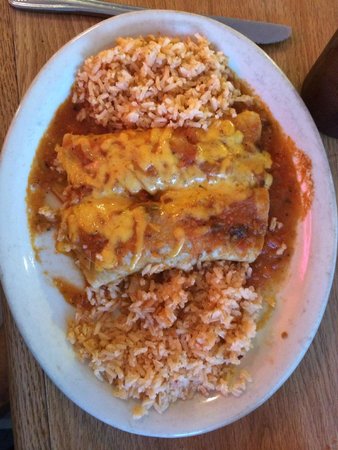 Reviewed By Cynthia U

the best Stephanie (Margarita) on the planet. they have pickled carrots and onions on the table that are just the right amount of hot. we have eaten our way through the menu several times. i like all the spinach dishes and all the quesadillas. plenty of parking as it is in a strip mall. 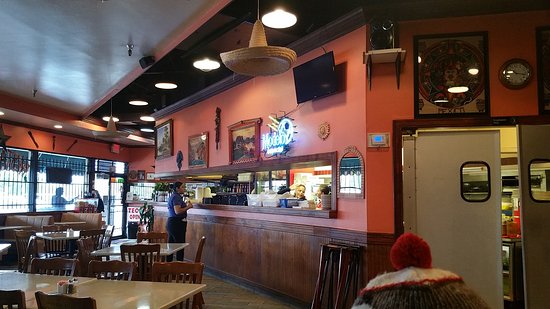 If you like authentic Mexican food, this is the place. It kind of remind me of the local eateries we have visited while vacationing south of the border. Nothing fancy. Just good food tastes like home cooking, reasonably priced and friendly service. It also opens for breakfast. Menu is quite extensive like with over ten choices of grilled sizzling plates. Enjoy the happy hour frozen margarita available from morning till sunset? 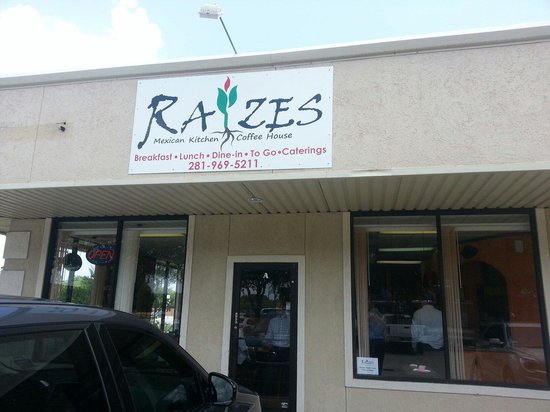 Like the rest of the Houston Metro area, Fort Bend County has a good number of restaurants featuring Mexican cuisine, although too many are chain based as opposed to family owned establishments.By total happenstance, I came across one of those family owned âbest kept secretâ types of places and it was hiding in plain sight. If you appreciate a breakfast that presents well, is tasty, and is clearly prepared with pride, Raizes Mexican Kitchen Coffee House is a good bet.I was looking for something different for a Sunday breakfast and found Raizes on Dulles Avenue (across from the Middle School). Raizes is unassuming on the outside and is really easy to miss, but it is very clean and cozy inside. The first positive was the fragrance of fajita beef as we walked in the door.I had the Chilaquiles with chicken, and my wife chose Migas con Huevo. The dishes were wonderful. Mine was right up with the best I have ever had. It arrived hot and fresh plated. The salsa verde was wonderful, very tasty and mild. The hot sauce is also good, but not for the faint of heart. Of course, we traded bites. The Migas had some really well marinated beef with it. Both came with excellent refried beans while mine came with potatoes as well. The flour tortillas were warm and prepared just right.I donât know about lunch and dinner, but chips and salsa is not served with breakfast. This turned out very well because the portions were plenty healthy.The service was personable and attentive. Interestingly enough, the time between taking the order and service seemed a little long until the food arrived and we quickly realized it was all prepared fresh and to order. Nothing pre-staged about this at all.I think I have found a new fave. Good food, clean place, pleasant dÃ©cor, reasonable prices, friendly folks, and open on Sunday as well!. My only real complaint is that I did not discover it earlier.

It is our mission "to forever be the best and most sought after provider of service, hospitality, and Mexican food." We do everything with you, our guest, in mind and it shows in our environment and our menu! Everything is made fresh with premium ingredie

I'm sorry to have to give this such a bad review but I've had it. I said back in September I'd postpone going here for a long time, but friends convinced me to try it for dinner on Sunday. Here's the list of problems.Waited for about 15 minutes to get a seat. Now there were eight adults, but the place was not busy and there were tables. Not very much help or friendliness from the door staff.Same slow waiter taking our orders. First drinks and that took a long time. Chips and salsa came on time, but the black bean dip was cold, maybe warm at best. My drink was wrong, but was replaced. Orders were taken but he forgot to get the order from the head of the table. We called him back and he was apologetic.I'll only address my order, fish tacos. One fish was cold and had an odd taste. The other fish was very hot and tasted fine. The tortillas were too doughy and needed further time on the grill. My beans were maybe warm and also tasted funny. I tried my spouse's beans, same temperature but a different taste, slightly better. The rice was also slightly warm. Truthfully, I should have sent the whole plate back, but I did not want to wait another 30 minutes for dinner.I used the men's room before leaving and one waiter was taking his break in there talking on his cell. Maybe that's part of the service problem.The whole "experience" took about an hour and 45 minutes. And while we were eating several staff spent time rearranging tables and cleaning the area next to us, something that could have been done after we left. Some definite training of the staff is needed. The electronic checkout worked okay, but c'mon after all that, the tip boxes were for 18%, 20% and 25%. He was lucky to get 15%. That's it for me and I'd advise others to eat elsewhere! 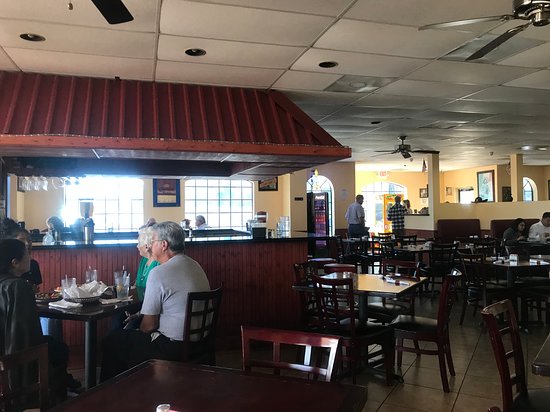 We've been here many times for family birthdays or events. Great place to meet for large groups for lunch or dinner. Wide range of selections on the menu, good margaritas, friendly service for the most part. And not overpriced. My favorite is the chicken tacos al carbon. Yummy! 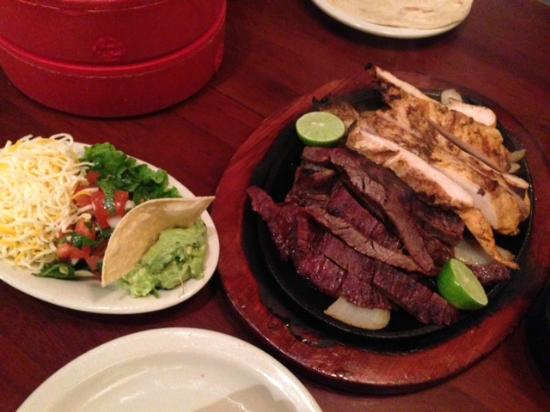 Gringoâs Mexican Kitchen is a family of full-service Mexican restaurants in the Houston area. All restaurants serve the highest quality Mexican food, offer a full bar and are open daily Sunday through Saturday for lunch and dinner. The Gringoâs brand iden

I stumbled in here last week looking for a quick meal during a training course I was taking. Service was good, nice and attentive in the bar area. Unfortunately the food wasnât so great. I ordered their shrimp that was recommended which came with cheese tortillas, rice beans and all the fixinâs like a fajita dish. It looked great. It tasted bland and without any flavor. Tortillas were in a bag and hard except for the middle. It just wasnât very good at all and I love shrimp and fajitas but this just isnât good. Sorry guys, you were all really nice but the food was terrible at any price. 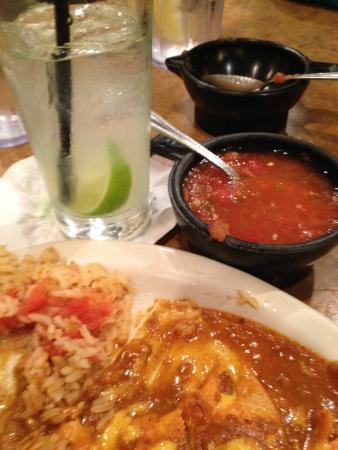 We were a very large group so had to wait for the table, I was fine with this as I was told ten to fifteen minutes but it was 45 minutes later that eventually we got the table. The food was good with all orders being correct and coming together. Our waiter (think his name was Madden or similar) was outstanding, very attentive to our needs and was always there with refills and on hand if he was needed.I took the one point away due to the waiting for a table for so long but everything else was great. 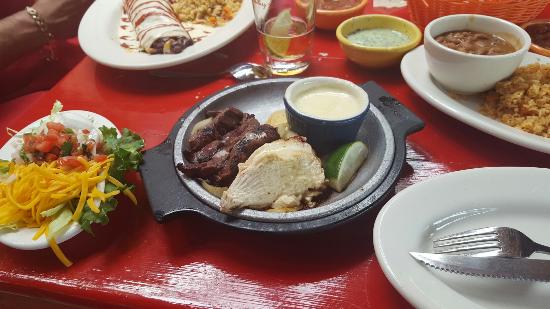 Pappasiitos is my favorite restaurant anywhere. The food is always delicious and piping hot. The service is excellent. I got something totally different this time. - the chicken burrito. It was amazing. It came with rice and beans and I also ordered a side of guacamole. So yummy. My husband had the hatch pepper chili rellenos. Also delicious. And be sure to ask for the green sauce. Itâs the best.

Where to eat Bar food in Missouri City: The Best Restaurants and Bars