My husband is from Mexico. He does NOT like typical TexMex restaurants with gooey yellow cheese. This restaurant has lots of very typical Mexican items on the menu. My husband really liked his Caldo de Res (Beef soup with potatoes and other vegetables). I had breaded fish filet and it was very good too, but the mole would have been my second choice There are plenty of seafood items on the menu. It's Right in downtown Mabank. 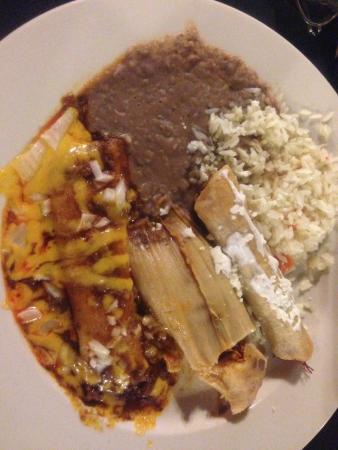 Sunday brunch with a group of people.. Enjoyed beers. No liquor license here. The food is very authentic. Ordered steak fajitas. Excellent.Very nice with all the accompaints. The grilled peppers & grilled onions are delicious. The refried beans were great. My wife had the stuffed pepper. Excellent. The chips and salsa are plentiful & great. Sauce = a bit spicy. Fine. The dÃ©cor is Mexican flair - well done - matches the theme of the restaurant. restrooms are just OK. I would recommend this family restaurant ! 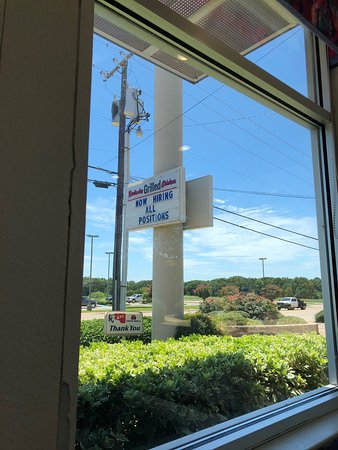 Customer service at this establishment is non existent neither is quality control or attention to detail. Their kitchen area is disgusting and their drive-thru service is never correct. Every time we've been here they have messed up the order. If incompetence is their cup of tea, then they serve it well. 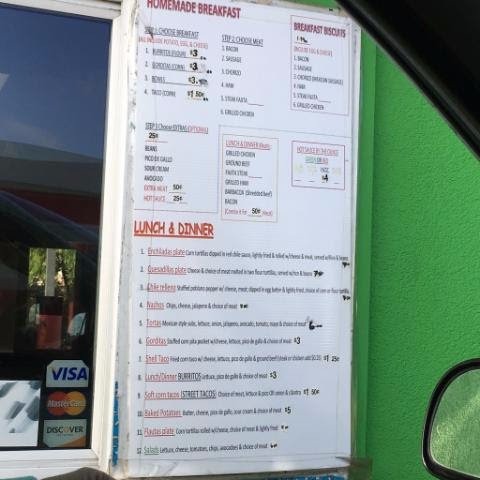 Cheap breakfast burritos with chorizo and eggs. A quick hangover fix that does the trick. Not the worlds greatest but definitely better than average. Their barbarcoa is also pretty good. 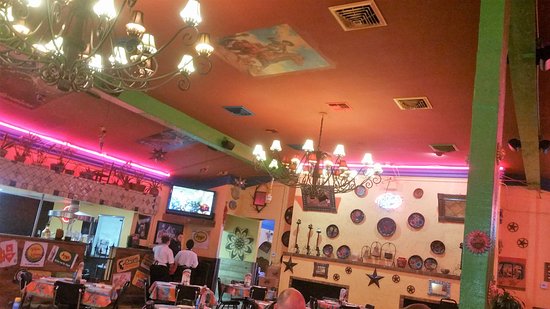 We had a family funeral and a group of about 30 stopped in here around 8:30 pm (they close at 10:00). They didn't hesitate to put tables together and serve us. We were assigned three waiter/waitresses and my section had Kimberly. She was very attentive and took care of everything. I ordered the El Paso Chicken Fajita Quesadilla ($13.49), a red Sangria ($5.95) and a Summer Punch ($6.50). The quesadilla was one of the best I've had and came with sour cream and guacamole. The sangria was ok but a little too sweet and the punch was really good. We all had separate tickets and that was done without a problem. It did take a while to get our food and everyone's came out at different times, but it was a large group. We left right at closing time but never felt rushed. We would definitely visit here again.Thanks so much for the great five star rating and review! We're so thrilled you enjoyed your experience with us. We can't wait to have you back for more delicious food! See you again soon. 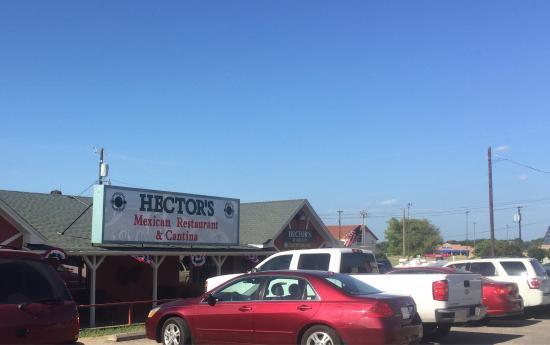 The fireball Margarita was absolutely wonderful. My chicken enchiladas were amazing. The rice is always so light and fluffy nearly the best part of the meal. Are wet our waitress was very nice very attentive she kept water glasses and hot sauce bowls full. Great experience.

Where to Eat in Gun Barrel City: The Best Restaurants and Bars