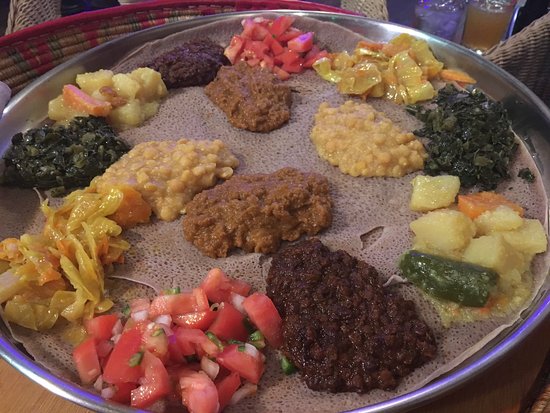 I enjoyed the food! The veggie combo with fish was excellent! I also enjoyed the "honey wine". However, I thought the price could be cheaper....considering it's just fish and veggies. Overall, I was satisfied with the meal and enjoyed the food!!! I would definitely return to this restaurant. 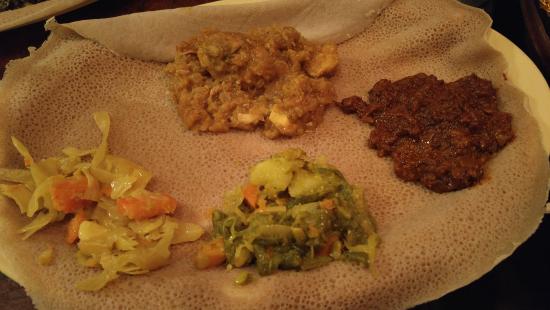 We come here often (usually with a $11 for $20 Groupon). It's a nice atmosphere with traditional decorations and decorative furniture. The food comes fast and is pretty good. The portions are nice sized although I usually manage to eat up all the injera (ethiopian bread, it's addictive). I usually go vegetarian here, but the few times I've gotten meat I've enjoyed it. It hits the spot on a cold day or night. All around good atmosphere and I'd recommend it, especially if you have not had Ethiopian food before.Tips:-Groupon is available-They have a bar and TVs (usually with soccer) if you want to watch a game-Safeway is across the street so you can get shopping done while you use their covered parking 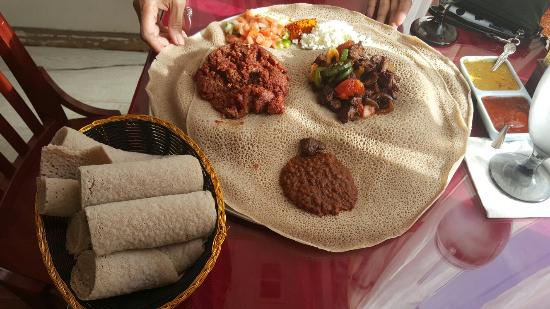 Lucy (no apostrophe s) produces the freshest, most flavorful Ethiopian food I've tasted and Lucy is consistent in the quality of food offered. Having dined at over eight Ethiopian restaurants before discovering Lucy, I thought of Ethiopian food as mediocre. Not anymore. I am a regular customer and Lucy is my go-to spot for savory, well-seasoned Ethiopian food. Service can be slow, but this is not fast food and the chefs/cooks take the time that is needed to prepare good food. The servers are friendly, but about half of them are new to speaking English. So, don't arrive starving, and bring your patience. This is not a complaint. I'd rather have excellent food than rushed food, and it is worth it. They serve two types of injera--Ethiopian and "other" (not sure what it would be called). The Ethiopian injera is gluten free, though the "other" injera appeals more to the American palate. 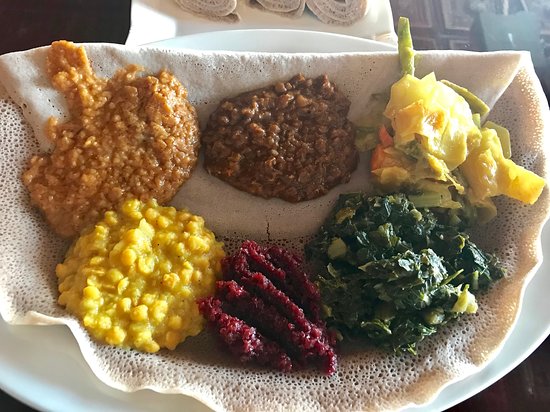 This small place is friendly and great for lunch or dinner. We've had and enjoyed both; we've been when they were crowded and when they were not busy and had lovely service each time.The samosas and veggie combination are especially good. There are other Ethiopian restaurants in the DC area where you pay twice the price for less quality, so this is worth a trip to Silver Spring, or a quick stop off the GA Ave exit at the Beltway. 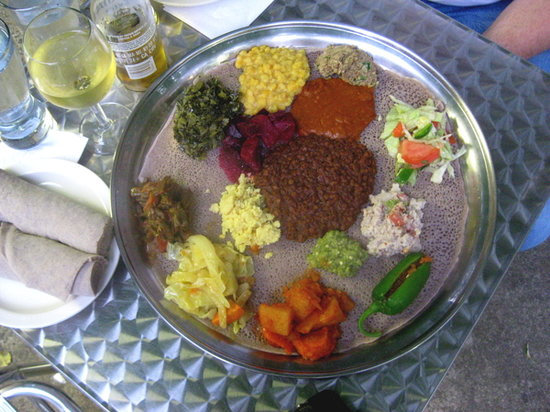 I'd say 80% of the options here involve meat, but my wife and I had the Vegetarian Combo ($12.95) and the Special Vegetarian combo ($16.95), which adds beets, string beans, minced jalapenos, and a stuffed jalapeno which actually didn't make it to the plate, all served on one platter on a thin and spongy pancake, injera, made with wheat and teff flour. The injera was thinner and more prone to breakage than others I have had, so, using it to grasp food -- no utensils, of course -- was problematical. The food was tasty, and even the minced jalapeno was not really hot. The Ethiopean beer: Habesha, went well with the food. As I have always found, when you are the only table having ordered food in a restaurant -- my experience here -- the service is forgetful. 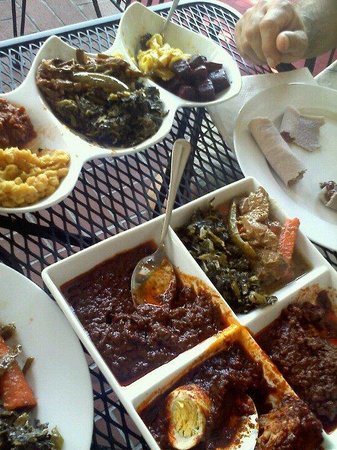 Spicy meat dishes were OUT OF THIS WORLD and the yhoung woman who waited on me was the BEST....I asked her for tips (because you can substitute on the Combo Plates) and she picked everything perfectly....What a great meal! Go There !!!

Where to eat Bar food in Silver Spring: The Best Restaurants and Bars