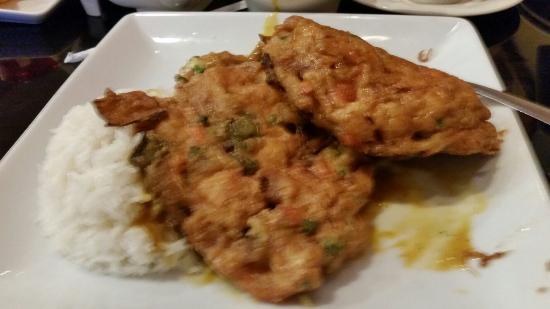 Reviewed By Bruce B

Over the years we have enjoyed take out from this restaurant. Our last visit was yesterday and it will be our last. Apparently they have a new business plan that involves quantity, not quality. Our take out involved ribs. They now feature boneless which are fatty strips of but in a flavorless red sauce. Ordered Hot and Sour soup (one of my favorites but they put Wonton in instead. Too long of a trip to return it. Soup was OK just not what ordered. The egg rolls were soft and doughy one mustard and one duck sauce better be enough. The mains were short on protein and vegetables and the rice tasted stale. We got one crushed fortune cookie. most of this ordered is now in the garbage. We called to alert them as perhaps they had a new chief but were told "That is too bad". After all these years time to look for a new Chinese carry out.

Reviewed By Patricia B

Had a good first experience. Crab Rangoon have good pieces of crab. Fried Rice was great and the Sesame Chicken was tender. 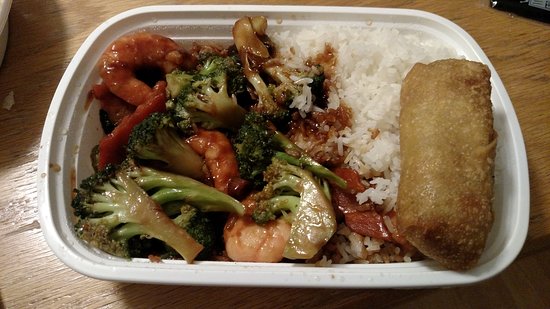 Arriving at dinner time on a hot Sunday evening, we were invited to sit wherever we wanted among the tables and booths. Almost immediately, we were asked for our drink choices. We chose tea, brought in styrofoam cups with a tea bag just starting to steep. When we asked for menus, we got the full sheet paper flyer you'd expect from a carryout or delivery restaurant. But then we were presented with a complementary dish of 2 crab rangoon and a bowl of warmed sweet and sour sauce for dipping. I can't tell you how many different restaurants I've ordered crab rangoon in or from. I love the crispy outside and creamy, slightly sweet filling, and have been disappointed many times by soggy dough, cold, hard shells, overly sweet inside, and all the other simple failures that happen with fried dough around a filling. Golden Bowl's crab rangoon was as close to perfect as I have ever had - hot, crispy dough encasing a creamy warm filling, no off flavors, no greasiness. I was so happy.But then the wait started. We arrived around 5:30, and by 6 the waitress had still not come back to take our order. The reason was obvious - the phone was ringing off the hook and customers waiting for carryout had begun to line up inside. We didn't get our dinners until after 6:30, when there was a lull in the carryout madness. The combination dinners are the usual choices you see on every Chinese restaurant, but the quality of the food was completely different from the usual. The egg roll contained crunchy, tender fresh vegetables and was fried perfectly. The fried rice was fluffy and tasted like it was freshly made, not a product of leftovers. The entrees were also far above the bar set by most storefront Chinese restaurants. The appetizers are the real stars here, though; that crab rangoon, and their steamed dumplings that were at least twice the usual size, served with a very savory dipping sauce. The next time we're near Elyria and hungry, we'll be stopping here - and expecting a wait, if it's during customary meal times.

This is another restaurant that we always want to hit when we are in town because it has always been great. Unfortunately, no so much this time. To be fair we were there within an hour of closing. The fried rice had little to no seasoning and was almost white. The spicy dishes were not a bit spicy.

Where to eat Bar food in North Ridgeville: The Best Restaurants and Bars

I call to order and they have an American girl that answers the phone so there's no language barrier, she's very knowledgeable regarding their menu items and there are a lot! You get more food than you can eat, and it's absolutely delicious!! Fast and friendly service!