Reviews on British food in Oundle, United Kingdom including Dexters Mediterranean Bar & Kitchen, Tap and Kitchen, The Ship Inn restaurant, The White Swan, The Talbot Hotel Eatery & Coffee House, The Shuckburgh Arms, The Kings Arms, Cafe Bar at No.4, The Red Lion, The Old Barn Tea Rooms
Things to do in Oundle 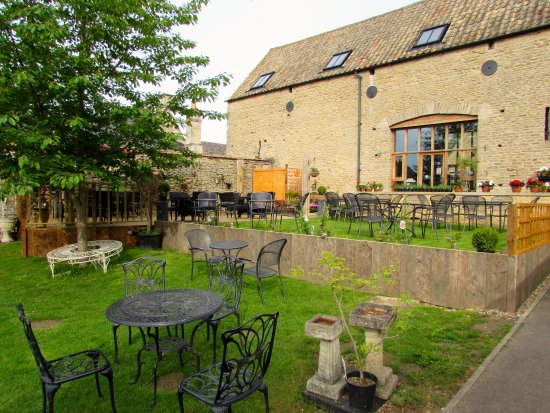 We are an old grade 2 listed barn conversion and offer a large range of homemade food from breakfasts to light snacks or lunch and afternoon tea. We pride ourselves on offering people with allergies including gluten free cakes, soups, and gluten-free sand

First of all I want to Thank The Old Barn for making such a wonderful array of food for my Nans 90th Birthday. They were four generations ready to surprise her it was lovely to see everyone there, But the personal touches were missing on this trip, although it didn't affect the day, I did feel it wasn't as special as before.We had taken my nan here before for her Birthday and she loved it, they bought out her favourite cake as a Birthday cake, she had a lovely gift on her table of a wonderful bar of soap, which she used until she had the thinnest slither left in her shower tray, so The old Barn was the perfect place to bring her on such a milestone birthday when we arrived the table was set for too many people it was set for 17 but we had booked and it was confirmed when we popped over that it was a table for 12. We also told them that my nans favourite cake was a Victoria sponge for her Birthday cake There was a used napkin on the table, no present for my nan and the Birthday cake never materialised ,it didn't affect the occasion as there was so much excellent quality food it could have fed an army, but I wanted everything perfect for such a special lady,I didn't mention it as I wasn't going to ruin a wonderful day. For a table of 12 a complete mixture of ages from 2 to 90,the bill only came to a very reasonable price of Â£176,plus tip. Great day but just not perfect. 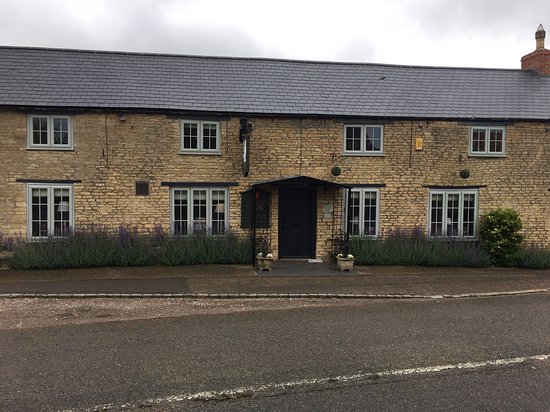 A typical village pub offering a warm friendly welcome, high quality home made food including home made desserts. We have two dining rooms and a bar and offer waitress service in both dining rooms. Sunday Lunch is usually booked ahead so it is advisable t

Took my wife to the Red Lion for a Birthday treat. Had a traditional Sunday Lunch and dessert . Staff very helpful and friendly. Excellent experience 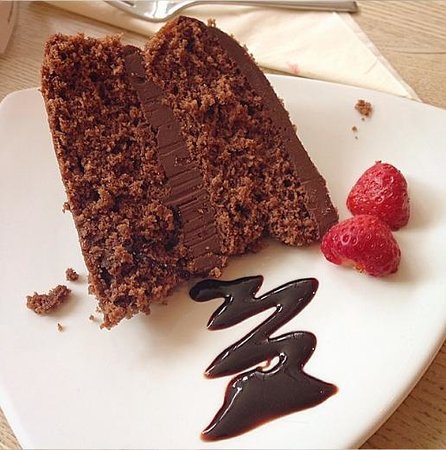 Informal, casual dining in our relaxed and friendly Cafe-Bar. We cater for all sorts of dietary needs, our entire menu can be adapted for children and enjoy making sure our customers enjoy their time with us. We have toys for the children, papers, and hol

We tried this cafe as had been disappointed in the place we'd had a light lunch in Oundle the week before. The staff were very pleasant and welcoming. We had jacket potatoes which were perfectly cooked and crispy with lots of filling and salad. Good coffee too plus it was great value. 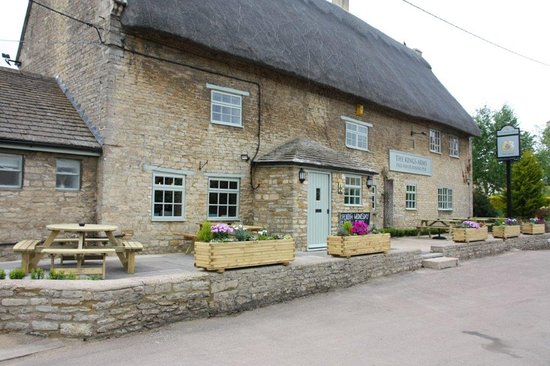 A traditional country dining pub which has recently undergone a sympathetic refurbishment and now under new management Seasonal food cooked on the premises and served in a cosy environment, Local Ales, Fine Wines, Gin Selection and Craft Beer are all avai

Not been to this venue for a couple of years, previously this pub really only offered a Spanish themed menu.No longer the case now. Extensive menu offered with âspecialsâ as well. So much better!Could not fault the food we were served, various starters, soup, tempura prawns, Scotch egg. Mains, T-bone steak, fish pie, steak pie. All served piping hot and really tasty.Dessert, apple crumble, chocolate brownie and lemon tart.My only feedback was we felt a bit rushed arriving for 7 pm and a bit hassled for our orders. The same once we finished our mains, immediately asked what desserts we wanted.Would be a nice touch if the waitress/waiter knew who had ordered what dish, rather than stand at the end of the table holding plates of food asking âwho ordered the xxxâ sorry just one of my pet hates! We left a Â£15 tip for the waitress who looked after us but she had left. Do hope itâs passed on.Very enjoyable meal and really friendly staff. Thanks to everyone!Dear Sarah DMany thanks for your lovely review I am glad you had a nice evening and enjoyed the food thank -you also for the feedback regarding service, we always book times to eat so we can stagger the workload for the kitchen to maintain quality for all. As you will appreciate every table is different and some arrive in advance of their reserved time if they wish to have a drink in advance, some will want to order promptly and arrive at their booked time to eat, when tables are later than their allocated slots it can have a great impact on other tables who are "on time", as we book 8 people every 15 minutesWhen we serve tables we have a "host" who takes orders and waiting staff then serve the tables, so it is likely these people will not be the same and will not know who has which dishAll tips are pooled for all the staff who worked that particular shift and equally split at the end

Had a great sunday lunch here, very welcoming and friendly and the sunday roast was seriously good, really good beef and fresh vibrant veg and yorkshires to die for! Probably the best pub roast dinner I've had, and I've had a few! 4 adults and three kids very happy indeed. 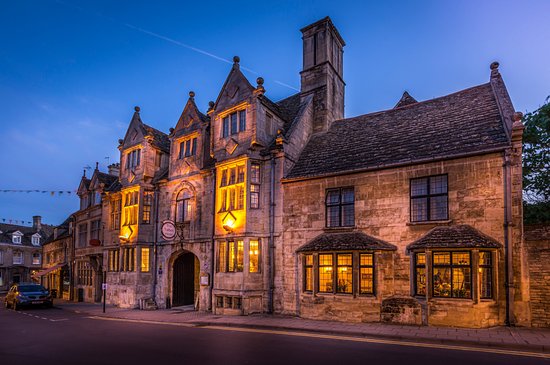 We only used the restaurant here so cannot really comment on the hotel but it looked very pleasant indeed including a pretty courtyard. You can sit in many different areas to eat here and there is a nice glass conservatory. We were early - 6pm -and the restaurant was not busy at that time. My husband had the fish and chips which he described as adequate but not memorable. I chose scallops with pear, watercress, pancetta and maple syrup which I topped up with some chips on the side. Only 2 medium size scallops provided for Â£11 which I thought expensive. However having eaten the first scallop I realised that the pancetta was missing! Only 5 incredients to remember! The waitress did take the dish back to the kitchen and pancetta was added but by the time it was cooked and returned the rest of the meal wasn't hot and the chips ditto. Also I thought the scallops were slightly undercooked as though the whole dish had been rushed, even though it was only 6pm! Bit of a disappointment.Dear ChristineR513,Thank you for taking the time to review your experience on Trip Advisor, we value all guests feedback and your comments have been passed on to the team.I am sorry to hear of your disappointment, have discussed your comments with our Head Chef who would like to join me in offering his sincere apologies. we often receive positive feedback regarding our food offering so naturally we are disappointed when we don't deliver our usual high standards, I do hope you will try us again as I'm confident that your recent experience was not a true representation of the standards and service we offer.Best regardsTom ReeveGeneral Manager

The White Swan has a traditional 17th Century stone exterior, surrounding a contemporary open plan interior, with tall tables around the bar, cosy booths around the log burner and solid wooden tables and floor throughout. We serve beers from local breweri

Visited for lunch on Sunday my GF had soup of the day and roast beef. She left most of the soup saying it was ok but didnât set the world on fire. She gave a similar response to the beef I had a homemade scotch egg for starter which was ok but a bit bland. Main was an âItalian stallionâ burger which was ok and thatâs all I can say about the food. It was pretty average for the reviews it had, I stay over 100 nights a year in hotels for work and eat a lot in chain restaurants and it was no better than a beefeater, I really want to be more positive but I canât. we researched somewhere nice to go based on reviews (as we always do) and had driven the 25 miles to go. Our experience may have been a one off who knows?The pub itself was nice, decent decor and nice outdoor seating area, staff were friendly enough.Thank you for visiting The White Swan and your feedback. We are sorry you didnât enjoy your meal, we would have been delighted to have had the opportunity to have rectified this at the time if we had been made aware. We are pleased you enjoyed the ambiance and the service and would hope that maybe you will give us another try in the future. If you would like to come again please email us via our website and we can hopefully ensure you have a better experience next time. 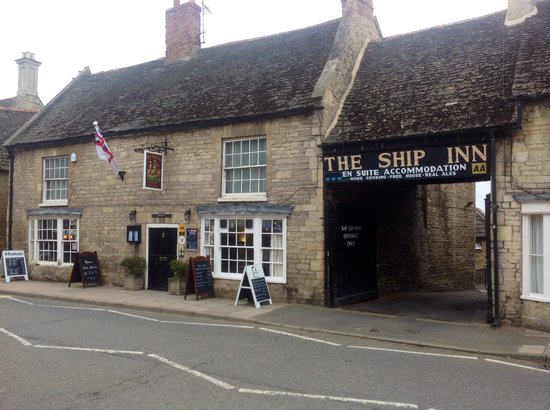 Popped in for a couple of pints whilst visiting the area, no atmosphere, bar staff were young and looked lost. All the oak beam's had been painted gloss black which took away the old worldyness of the place. Not a great selection of beers so had 2 and left. 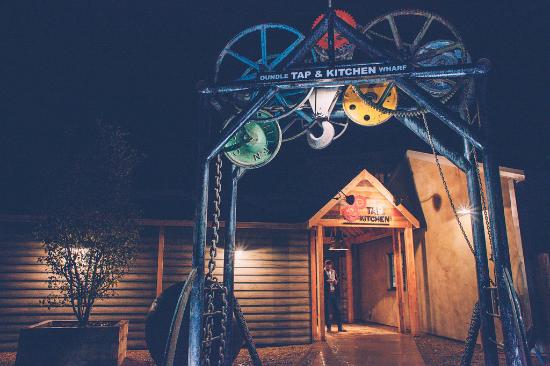 Tap and Kitchen is a waterside restaurant and bar at Oundle Wharf, Northamptonshire. Unpretentious, honest dishes comprise simply cooked ingredients sourced locally, where possible. We make pretty much everything ourselves from preserves to puddings throu

Visited here on a sunny week day and what more could you want. Good beer, tasty pizza and a lovely view by the river. Is a little pricey for the food, but wouldnât stopme returning!

Where to eat Asian food in Oundle: The Best Restaurants and Bars 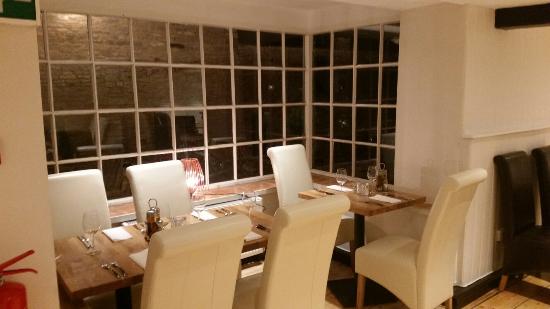 A HIDDEN GEM IN THE HEART OF OUNDLE...... We strive to serve locally sourced ingredients for our dishes, our meat comes from Trendalls next door and is free range where possible, our baker is Santoros in Kettering our fish comes fresh from the boats from

Hidden Gem, is probably a well overused description, but this is. Enter via a sort of alley way to be greeted by a lovely courtyard, with topiary shrubs and pretty flowers. Good quality seating, excellent and attentive staff, good value, pretty much faultless.