Find out what Asian restaurants to try in Post Falls. Post Falls is a city in Kootenai County, Idaho, between Coeur d'Alene and Spokane, Washington. It is both a suburb of Coeur d'Alene, to the east; and a bedroom community to Spokane, to the west. The population was 27,574 at the 2010 census, up from 17,247 in 2000 census, making it Idaho's tenth largest city. The U.S. Census Bureau estimated 2014 population is 30,123.
Things to do in Post Falls

We were really excited to try this place but when we walked in my kids immediately noticed how dirty the floor was with old food. While the food was pretty tasty, and the presentation by the chef was fun, the chef spilled an entire glass of ice water on my husbands dinner plate. He still had half his meal on the plate. The restaurant didnât offer to comp us for the meal or apologize, which was disappointing. 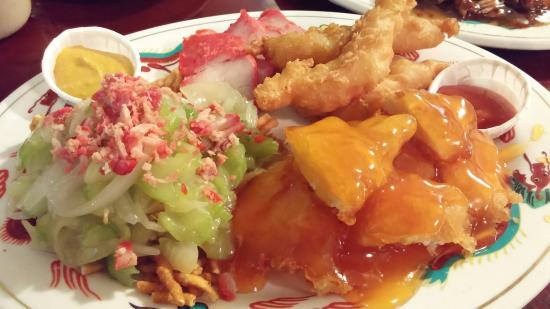 I must say the service was very good. It is an older diner style restaurant and the wait staff dresses like they are ready to work in the yard. The food was good, there was a descent selection on the menu and the prices were about average. I must say what the lack in appearance they make up for in good service.

Filthy floors, filthy walls, filthy cook...The meat was thawed. I've eaten at plenty of Mongolian type establishments. The meat is always frozen. The vegetables looked old. The cook didn't move my food around on the grill and it ended up burnt. I will never go back. Ever. The Coeur d' Alene Mongolian is leaps and bounds better.