Brain Freeze just opened in the space formerly held by Frosty's. It's owned by the family that runs the Fuzzy Pig, and concentrates on the whole malt shop idea of the '50s. And let me tell you... It. Is. Good.My wife and I went on a Thursday night. The place was hopping, busier than I'd ever seen this location. The menu is simple...burgers, hot dogs, chicken, and ice cream. In many different varieties. We each had a burger, a single for her, and a double for me. They arrived about 10 minutes later, right off the grill, hot, juicy, drippy, and utterly delicious. Burgers can be customized, including several different cheeses, as well as bacon. Bacon, lettuce, and tomato are extra, but soooo worth it. Served on one of the best buns I've ever eaten. Let's just say it won't be the last one I order.A number of customers ordered ice cream... different malts, shakes, sundaes, and so on. They do have soft serve, but also have incredible high butterfat ice cream. Bring your appetite.Best of all, not a big hit to the wallet. Our tariff came to a little over $18, totally reasonable given the quality of the food.Residents know that there have been a couple of restaurants in this spot, and only one made it for a while. Judging by the traffic I saw tonight, Brain Freeze is going to be around for a while.

College town fast food can be hit or miss, its all in the owner/management. This Culver's gets high marks from these fast food avoiders! We never visit any of the other national competitors unless it cannot be avoided at all costs! Culver's however has found the right chemistry of quick and freshly prepared food with it's small town friendliness. This one was also college student manned and they were attentive, friendly and very well mannered. The food was fast to the table and they were back to clean up our tray as soon as it was clear the food was gone. The facility was spotless from all indications. They are on track for long time success and we'll be back many times I'm sure throughout our son's 4 year time here. 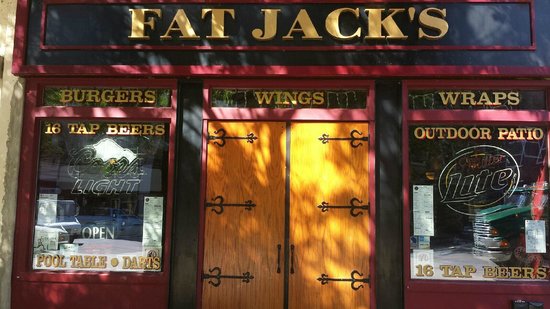 We are a Family Run business owned By Mark and Dawn Wokasch who took over in 2009. They have focused on having Good Beer, and Good Food, so everyone has a Good Time.

Been here a couple of times. Always the same, kids as cooks, kids as bartenders. Watched cook staff handle food with bare hands. Our waiter Abby was more interested in the young boys sitting at the table next to ours. She was very inattentive, distracted and really didn't seem to want to serve us. The table was sticky, long wait for food, 1 of 5 orders messed up. Believe this, $3.25 for a bottle of root beer and $2.00 to add fries to your meal. 5 people = $64, too expensive for quality of food and lack of service. This is Whitewater not Milwaukee!!! 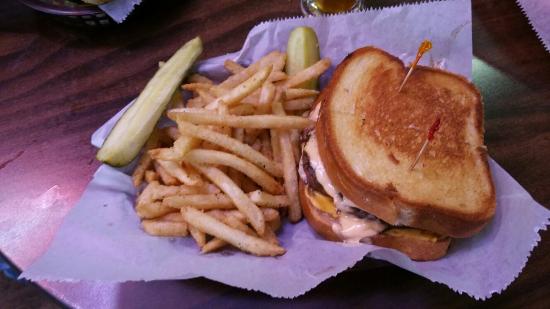 Make no mistake...Coyote Grill is a bar. I'd imagine the place filled with smoke were it not for the smoking laws. And even if it were, I'd still go, because the burgers are that good. Big beef taste, great cheese, LOTS of lettuce/onion/tomato if wanted, and really good bacon. Fantastic fries. Huge dill pickle wedge. Add to that a lot of TVs tuned to the game, college kids being college kids, and occasional really bad music thrown into the mix, and it turns into a great place to enjoy the game. Place has a bunch of beer on tap as well as in the bottle. My only suggestion would be a bit of mayo on the bun or a little sauce, as the fresh Kaiser is a large hunk of bread, and occasionally the burger got a bit dry. Still tasted great.Best part... the place won't break your bank account. Lot of food, good price, great atmosphere....I'll be back. 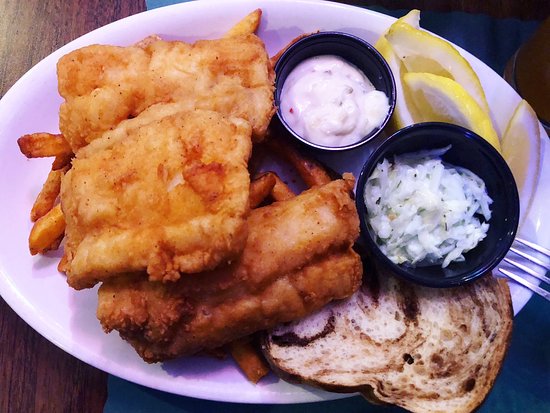 Our daughter attends University of Wisconsin - Whitewater. We heard from a local the food was good here. I ordered the pork chimichurri panini. It was some of the best pork I've had. Very flavorful and tender. My husband had a double cheeseburger. He said it was very good. Others in our party ordered shrimp, Carolina BBQ and wings. Everyone was satisfied with their meal. Good service. It's pub style. You don't go here for the atmosphere, you go for a good meal. Don't forget to order cheesecake! Delicious! 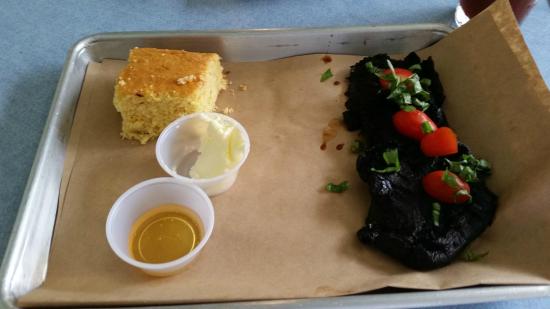 Casual Joe's is a smoke house. One cannot consider it a fancy place but it does have its own character. The smoker is actually in the back of a truck outside the front door. Food is ordered at the front counter and prepped in front of you. Choices include bowls, sandwiches, salads and slaw. Everyone in our party seemed satisfied with their selection. The portions were fairly large for lunch and were very good. 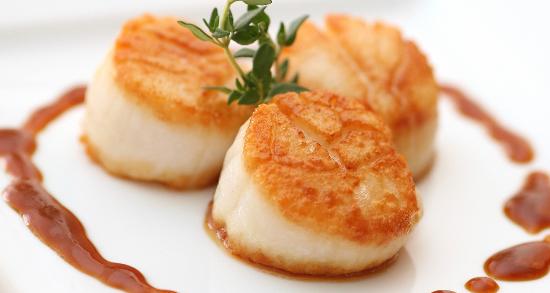 841 has a little bit of everything to offer. We brew our own beer on site, (always 4 of our beers on tap) we have a full bar, nine tv's for your viewing pleasure, and a full dining room for a comfortable sit down dinner. Our large menu has something for e

Went with my aunt who is in her 80âs. We had a great meal (hamburger and pork chops), and I found the prices to be very reasonable. The only drawback was the noise which make conversation difficult even though my aunt has no hearing problems. 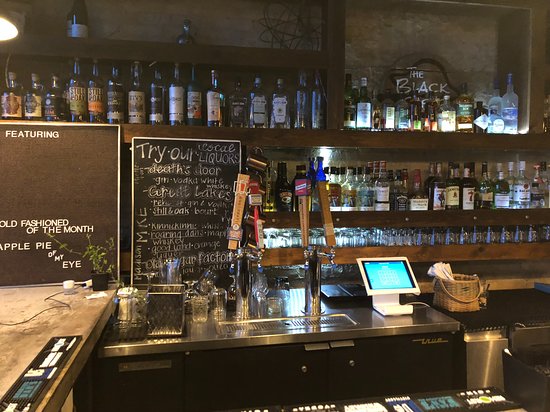 Chef Tyler - "I've called it The Black Sheep. We are different and our menu is different. We work with local farmers and producers to bring in local and fresh wine, meats, cheeses, and produce, whenever possible. We go to the farms to see how the animals

All the veggies and meats come from farms in the area. And, the menu changes seasonally to accommodate what's locally available. This, combined with the chef's creative culinary talents, makes for delicious food and a menu that we toyed with because we couldn't decide. I guess that means we will have to return!Housed in an old building that has windows overlooking Cravath Lake and Park in the distance, the restaurant has a small bar area separate from the dining room. Exposed brick walls, eclectic furnishings and black accents for everything from the table cloths to the salt and pepper shakers/mills make for a really nice dining experience.We were there on a Saturday night early and went without reservations. But I would recommend them. We started with a full order of the mixed greens with a wonderful vinaigrette and toasted bread, and it was plenty for the two of us. We followed that up with the lamb sausage ravioli with a rosemary cream sauce, and the lamb stuffed patty pan squash. Both came with the day's vegetable of curried carrots. Wow! Was the food good. We left nothing on our plates.The menu is extensive and includes lesser known dishes like baba ganoush to flatbreads and steak. Based on the meal we had, I would venture to guess it is all good. The Black Sheep is not a restaurant you would expect to find in a small town in Wisconsin. The dishes offered lend themselves to a more sophisticated palate, and that speaks well of the chef and his team for introducing them in a locally-sourced way. Kudos to them...we will be back. 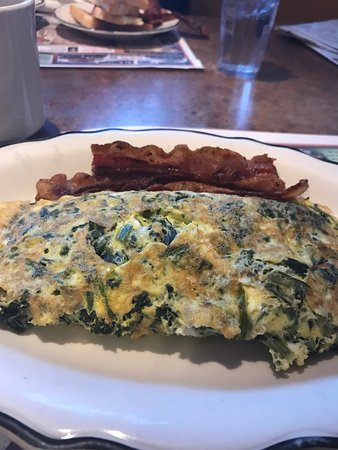 We ate there yesterday 3/18/19. Went to visit a friend and she recommended Jessica's as we had no idea where to have lunch. I have to tell you that we were not disappointed with her recommendation. I had Fish, she has roast beef and Mom had Liver, she said some of the best she ever ate. We would go back there in a heart beat, but we live in Racine so too hard to get there. Most lunch meals are under $10.00 and they are very Senior friendly.

Top 10 Things to do in Whitewater, United States 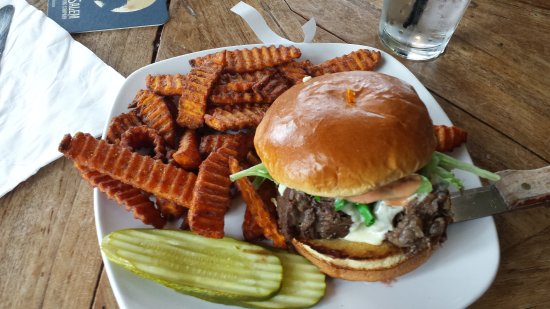