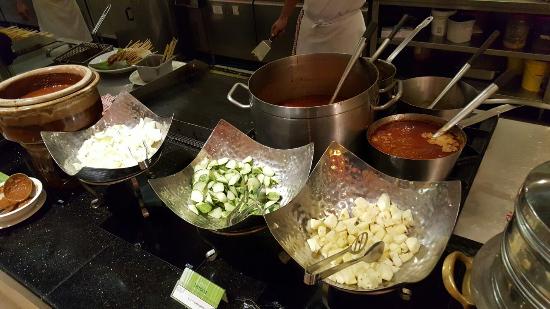 Step into Hainan Express and reminisce the simplicity of the good old days. We bring back the basics such as all-time favourite toasted breads with kaya, aromatic coffee and authentic Nasi Lemak.

We went for the buffet dinner. What I love most is there is cupuccino, latte, the coffee machine. There's Japanese corner, Western Food Corner, ice cream, ice kachang, etc. Love the satay here. the buffet breakfast is 44.00, lunch 44.00 n dinner 88.00. If you have genting points , you can use to redeem, even if points not enough, you can pay the balance, is like a discount. 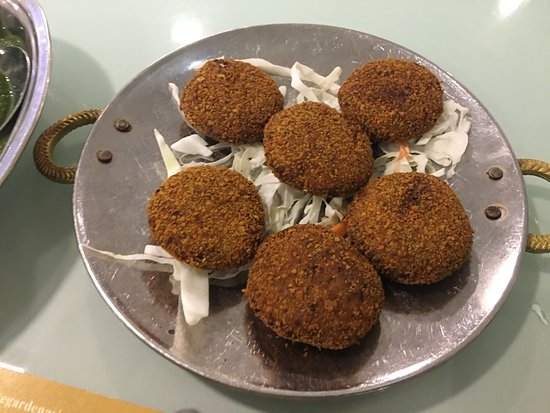 Went to Genting on a fine weekend and decided to have lunch here. The menu was quite extensive, and everything tasted pretty decent. But what was not good was the cleanliness of the place - the tables had glass tops and you could easily spot rice and other food waste stuck on the edges. The glasses and the plates weren't in the best of the shape too. The service was sloppy and in general it seemed like the restaurant had seen better days. I had a fair bit of indigestion after eating here, so i would surely avoid going again! The Resort’s latest F&B addition, Bubbles & Bites, opened on 4th July 2012. Here, patrons can enjoy casual continental cottage food in a relaxing and rustic ambience. The outlet is committed to serving fresh food, specialising in pizzas and pastas. We also serve miniature bottles of sparkling wines, alcoholic sodas, juices, soft drinks, beers and wines from all around the world.

Had great service here and drinks came in nice ice cooler. Pizzas and burgers plus other snacks. Service quick and very polite it’s very open and clean and the burger was good the pizzas too. More for a snack than a proper meal but lovely nevertheless.
Views to outside too and nice decor. Prosecco was lovely in the small bottles and very chilled. Reasonable too. 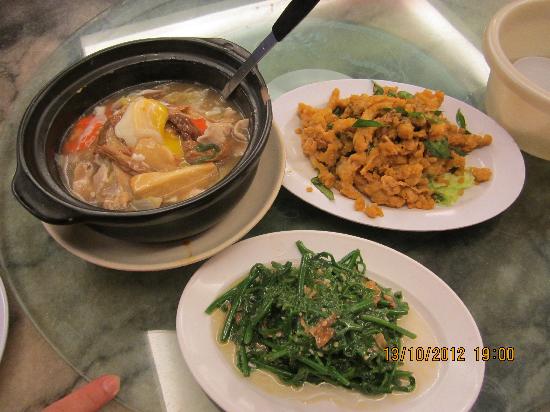 Each time when i passed by Batang Kali i will sure dine in to this restaurant.
The dishes which i have tried before all are excellant, the taste of the dishes are maintain by the excellent chef. The price is reasonable.
The restaurant is clean, well decorated with air conditional and u can choice table @ outside with fresh air if u prefer natural environment.
The waitress ( i think is the owner of this restaurant ) is very friendly.
I will recommend this restaurant to all travelers expecially when u go up to Genting Highlands! 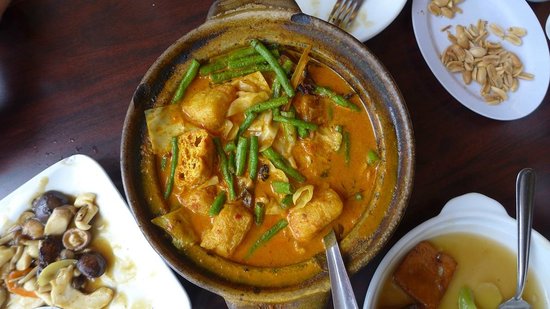 Situated at the Chinese temple, we just happened upon this place for lunch. We ordered four different plates, two of them meat dishes. The owner later came to explain to us that it was a vegetarian restaurant, and that the meat dishes were really soy protein, and suggested we change the order, which we did. The food was really top quality, and the price was reasonable. From memory it worked out to about RM25 each. There are also several ancient sculptures and buddha statues displayed at the foyer to the restaurant which are worth a look.
The only thing I found distasteful was the old wet towel trick. They put out packets of wet towel tissues and then later they appear on the bill. No big deal though as they only charged RM1.30 each for them. 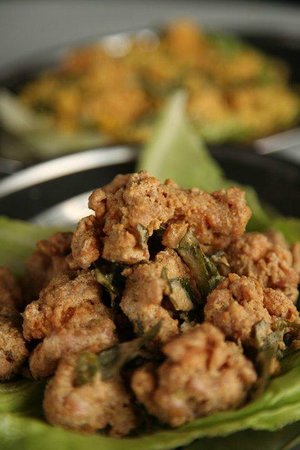 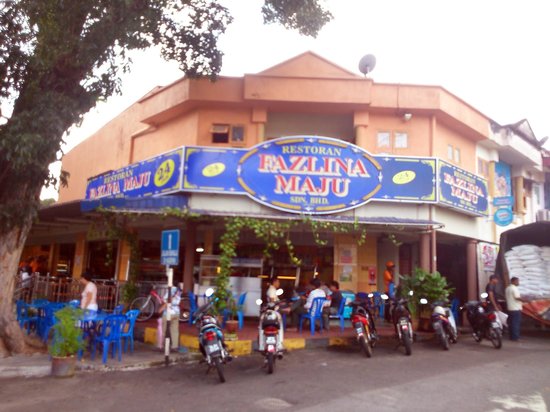 It is not always available depending on the time of the day, but on the few occassions when we stopped by for lunch enroute to Bukit Fraser, we were lucky to have the Tandoori chicken. Also the Naan bread were excellent! There are a wide variety of Indian food available throughout the day and is always crowded.

Revisit this restaurant after the last visit 1 year ago.
What makes this place awesome is there always new dishes which is very innovative.
They recommend something new which other restaurants may not do.
The order was based on their recommendation and taste is really great.
Will come back again whenever we are near by this restaurant 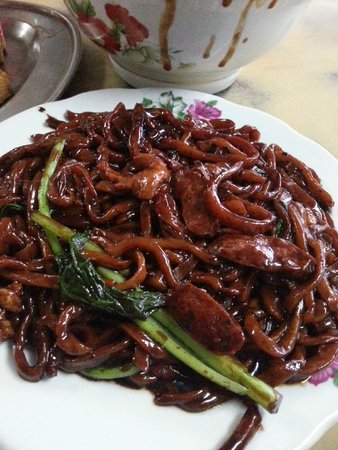 In Malaysia, when you mention about Loh Mee, everybody will talk about Ulu Yam Loh Mee. Almost everywhere you see at the food hawker's sign board, they will mention Ulu Yam for their Loh Mee. Just like Penang Asam Laksa... it is the signature dish.
So, who is the originator of this Ulu Yam Loh Mee.... well, from the history of web.. they found this restaurant. Hock Choon Kee is the originator and the founder of Ulu Yam Loh Mee.
This noodle dish is braised with black vinegar soup which give a nice sourly taste. Unlike others, this restaurant use homemade noodle and the vinegar was just ample.. not too much.
After you taste this, you can really tell the difference with all the Loh Mee stalls in KL. So different in term of noodle texture, vinegar density and overall taste.
I personally do not like vinegar loh mee (i prefer liquor loh mee), but I like this original version very much. My daughters consumed it like no tomorrow (maybe they were starving ..hahaha).
Apart from this, we ordered Hokkien Mee and Fried Fish Cake...these 2 signature dishes also recommended by food blogger. They were simply good especially the fried fish cake.
Well, Ulu Yam has NEW and OLD area.. this restaurant is located at OLD Ulu Yam. Along the way, they are plenty shop (new, aircond bla bla bla) providing this dish, but I stick to what we wanted to find... the original shop & sifu. So, its restaurant is old, badly need refurbished, reorganised, rearranged and clean up.. else it just looks like a shack within the restaurant. I do not want to complain but, it looks like they do not bother. You want to eat, just come..else get lost... why I have this feeling... well, once I arrived, nobody served us... the boss and his staff just sat on the table next to us peeling the petai.. at first I did not know who they were. they just don't bother at all.
Well, after having sitting about 5 minutes, then only they got up their lazy butt and take orders.... we were almost look like a lost customer, very unwelcoming.
So, they expect we know who to ask and what to order... simply no introduction what they have.
Haha, this is called SIFU style... BUT the food was great... no regret.
However, just opposite, there is another restaurant and it seems quite crowded... next time will go there to try.
Maybe, this restaurant's popularity has dropped, local opts for newer and better loh mee restaurant in Ulu Yam. But, those wanted to taste and feel the original taste... try this first. Then only decide others.
Oh yeah.. price .. RM27 for Loh Mee for 2 person, Hokien Mee - 1 person, 2 fried Fish Cake + 3 Chinese Tea Iced... bloody cheap.
Happy eating!! 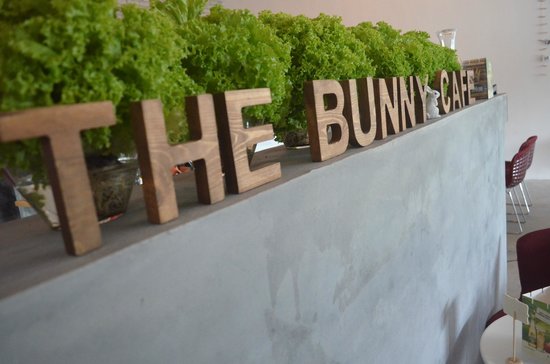 To be very honest! POOR!
The food listed in menu are lame and expensive prices.. If the prices are that expensive, customers will expect good food.. Unfortunately, the outcome of the food are not tasty and not fresh.. frozen food.. if you serve frozen foods, please revised your pricing in the menu.. Option of foods in menu are not many choices.. No tissue on table for customers..
SUGGESTION : Make your food menu simple, insert local food (nasi lemak, nasi special, noodle special) to give some choice to customers not only western food serve but also local food are serve.. tissue on each tables for customer to clean up..
The internet provided is terrible and keep on loading.. please upgrade your internet service..
SUGGESTION : Upgrade internet and change password frequently.. keep the password same all the time will abused by people who downloading.. when customer come over, they can browse website and seat longer time..
One positive stuff that I can say is environment is good with fancy bunny and look simple but yet good.. music is fine but volume have to control..
I hope there are changes in coming days that I visit because my critics are making you better and a change will probably give you a point of think to gain more customers and profit.. Or else, your café will looks empty all the time, staff just standing and sitting doing nothing.. Only the supportive customers that keep visiting are your friends..
Wish you all the best! Bunny Café, you can do it!