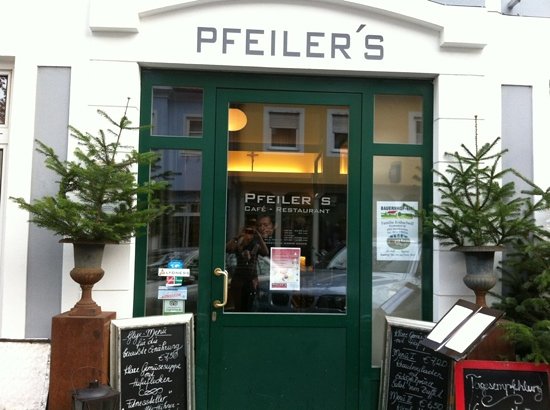 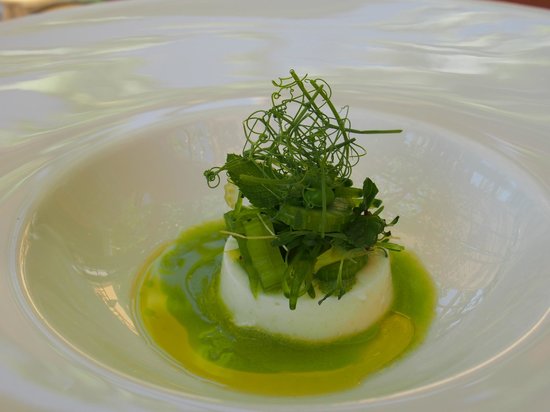 The so-called Saziani Stub’n is the culinary pinnacle of an all-encompassing work of the art of fine living which the Neumeister family has created on the Sazianiberg in Straden.

We read ravishing reviews about the place in some magazines, but the Austrian culinary magazines took a slightly reserved »wait and see« stance. So we had to check.
Basics first. The place, Straden, is quite far from the main traffic arteries and major cities. Coincidental guests therefore a rarity. Own parking lot easily covering the restaurant capacity. The newer part of the restaurant built in the Michelin era (they used to have a star with chef Fuchs when Michelin was still covering the whole Austria) is now used for guests' breakfasts, the old one for serious eating. Herein lie the only grudges I have – traditional low ceilings and inadequate loudspeakers create an ambient where you inevitably overhear conversations at other tables, the two restrooms are tidy but very small. Both shortcomings were resolved in the new part…
The landlord has decided to keep the tables in a Stube style, very basic. A relatively short wine list is strongly oriented to a choice of Steiermark wineries, with some Burgenland, Wachau and France entries, markups easily acceptable. Service was truly impeccable, helpful and incredibly friendly, landlord as much involved in the procedure as the two waiters.
The first round of amuse-gueules stopped our discussions and removed any doubt we might have had. Scintillating, amazingly and shockingly good! A joyful play of textures, forms and tastes. And they kept coming, then the eight courses followed, finally the pralines. Each and every dish was a monument to the creative genius of the young Harald Irka (22!) – in a way it felt like Roca brothers and Rexhepi met in the kitchen and found new ways to apply (mostly) local ingredients. I can easily award him the same 18 out of 20 as to the three star chef Max Alajmo, even though in two dishes we did find some slightly excessive use of one the respective ingredients, to be attributed to the overwhelming youthful energy of the author – mark my words, in five years time he is bound to be one of the big names in Europe.
You can only chose between two eight course menus, »Earthy« and »Green«, but you can also choose to go only for 7, 6 or even 5 of the listed dishes of either menu. Or a cheese selection. Portions are truly (too…) small, so eight is no problem. Pricing, however, remained on the Michelin star level. So the serious whole menu will make one lighter by a hundred euros. Hurts, but it is well worth it! Seeing two reviews in German down below, I can only comment that this definitely is no place for an ardent schnitzel admiror.
The landlord has a rather large and very modern winery 200 yards away (worth visiting for some tasting, excellent sauvignon blancs and a zweigelt cuvée!) and ultracute modern-traditional appartments half way there. Great to spend the night after your feast, but pricy. 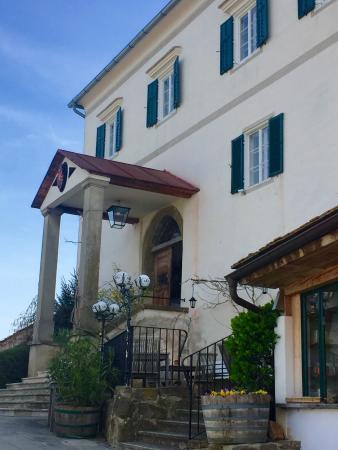 On the castle mountain of Kapfenstein, you can eat, drink and live in ways not possible anywhere else in Styria.

The atmosphere and location are enough to warrant a visit to this Schloss! But the cuisine and service make it a great experience, looking out over the beautiful surrounding countryside.
We had a window seat and dined bathed in lovely autumn Sunshine. The food was very good: we had super entree sized dishes (starters in some peoples' parlance). A medley of game was well cooked and presented. A dish based on local cheeses made the other chosen dish. Professional and friendly service, good wine selection and regional beer made for a very good experience. We shall visit again and mostly likely stay in the hotel, which offers very well priced packages . 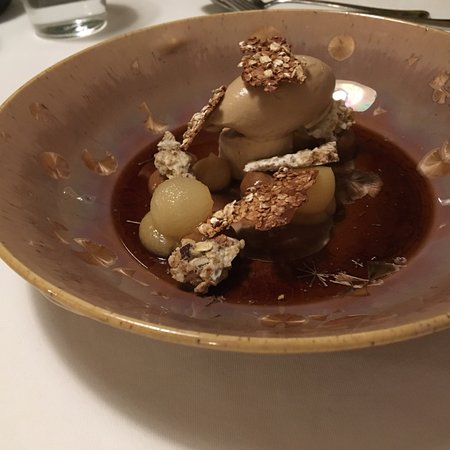 -we ordered the surprise menu with 6 dishes and we were speachless how someone can combine tradition and gourmet!
-the atmosphere was quite, cosy and accopmanied by nice, traditional music.
-the service was excellent.
-the food and the choise of the wine was unique.
-the raw material was the best quality and the cook knew how to deal with it.
-the restaurant has its own buchery
i would recommend this place to everyone who would like to taste traditional food from this area. i tasted the best meat (deer and beef) ever! 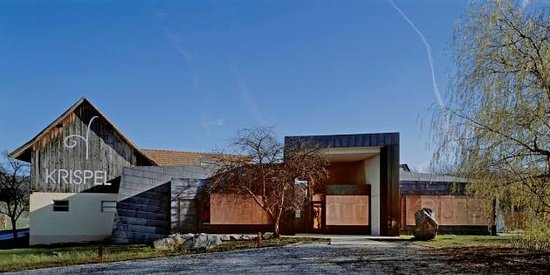 all i can say its a typical austrian "buschenschank" with some modern and quite sophisticated ambience which i really liked.
food is awesome, apart from the usual choices a lot of daily home made specialties and recommendations. wine is absolutely delicious, so dont miss out and get some take away bottles. service very attentive and friendly, like the local touch ;-)
had a great evening and hope to be back soon 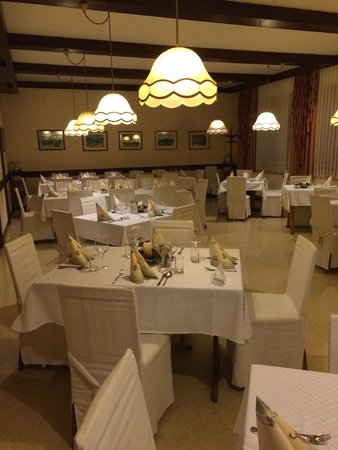 This restaurant offers excellent local and international dishes. The chef tries to fulfill all your wishes, even if they are not on the menu. You can order from a variety of meat, fish and vegetarian dishes. Prices are medium range and the atmosphere is nice. 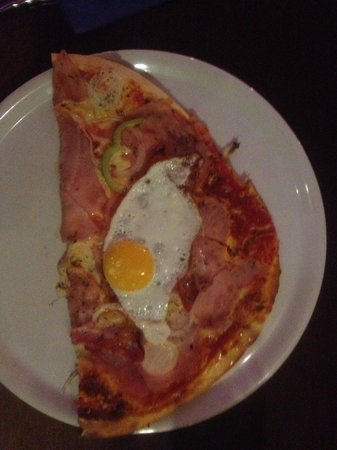 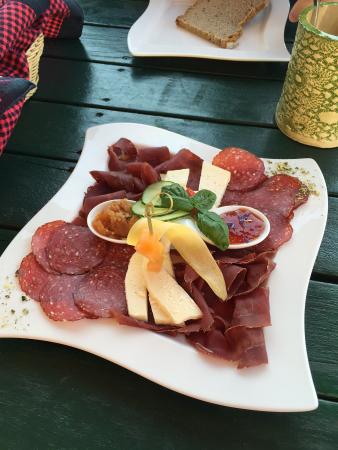 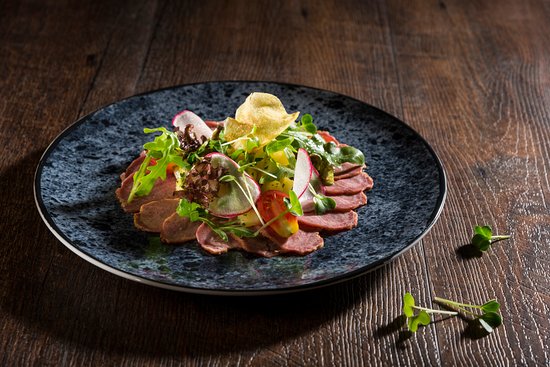 Die Delikaterie is a nice restaurant just in the centre of the small spa village Bad Gleichenberg in the south-east of Styria. You can get regional specialities as well as good wines.The service in friendly and helpful. Especially in Spring, Summer and Autumn you can find a nice and quiet Terrace. Have a stop for lunch or dinner. I liked it.
The products in the shop are a little to expensive, but the quality is good. Not only a good packaging is important - good products for a good value of money is the goal. 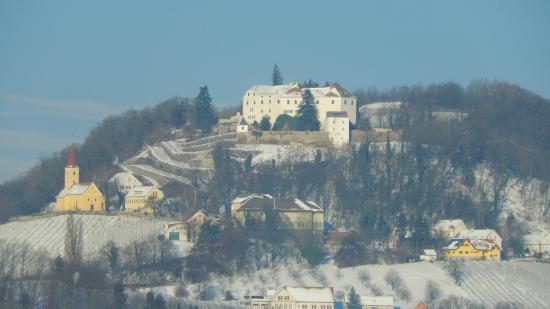 I agree with the previous review. The restaurant does not look promising from the outside, but the meals are absolutely lovely. The portions are very generous and there is a great variety of meals. The schnitzels and cordon blues are very tasty and I would recommend the mixed salad. The pasta dishes are also delicious and hot when they arrive, which cannot always be said from an Italian restaurant. It is a friendly family run restaurant and if you are looking for value for money, this is definitely the place to eat.