Top Things to do in Tyrone

7 Things to Do in Tyrone That You Shouldn't Miss

Tyrone is a borough in Blair County, Pennsylvania, 15 miles (24 km) northeast of Altoona, on the Little Juniata River. Tyrone was of considerable commercial importance in the twentieth century. It was an outlet for the Clearfield coal fields, and it was noted for the manufacture of paper products. There were planing mills, and chemical and candy factories. In 1900, 5,847 people lived here; in 1910, 7,176; and in 1940, 8,845 people resided here. The population was 5,477 at the 2010 census. It is part of the Altoona, PA Metropolitan Statistical Area. It was named for County Tyrone in Ireland.
Restaurants in Tyrone 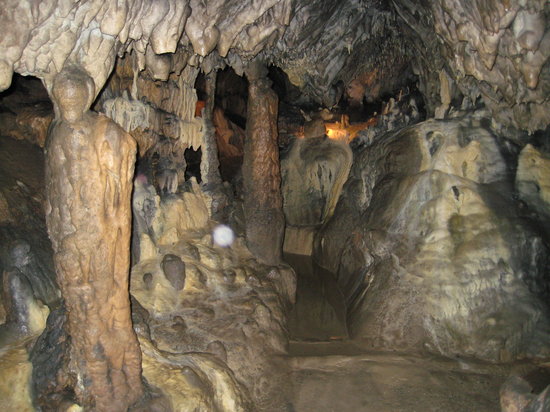 There's not a lot of outstanding, imaginative formations in this cave, as there are in many others. However, that's not the cave's fault, it is what it is. This one reminds me of what you see in Mammoth Cave in Kentucky. If you want more formations, go to Lincoln Caverns instead, just about 15 or so minutes away; that one is more "traditional" with far more stalagmites and stalactites. Nevertheless we are glad we toured Indian Caverns. One nice thing is that for those who have walking problems, this is probably a good choice. It's not very hard to get around in, and the walk isn't overly long. Also, signage is excellent on the roads leading to the caves; this is very much appreciated. The gift shop was small, and wasn't very interesting. To sum up, if you're in the neighborhood and especially if you like caves, do stop, but this cave is average, at best. Let it entice your desire to see more; definitely don't let this be the only cave you visit.

DelGrosso's Amusement Park is located in Tipton, Pennsylvania (10 minutes north of Altoona on I-99). We are a family fun park where tons of Summer fun memories are made. Come spend the day and enjoy our Ride & Water Park. We have over 30 Rides & Attractions. Free Parking, Free Admission. An All Day Fun Pass is needed for entry into the Water Park. DelGrosso's offers 17 picnic pavilions & and a delicious catering menu. If you just want to enjoy some of "America's Best Amusement Park Food" this is the place to visit. Spaghetti Wednesdays are food favorite for many where we feature DelGrosso Pasta Sauces with homemade Italian meals. Your taste buds will also be delighted by our famous "Murf's Potato Salad". We provide high quality food & entertainment at a family friendly price inside a beautiful, family owned park. Guests can splish and splash in our Lazy River and Wave Pool at Laguna Splash Water Park. The expansion also includes: New Park Office and Ticket Booth, Customer Service Office, Gift Shop, and Three Eateries (Including a Pasta House, Cheese steak Building, and Grill). See website for current pricing.

Delgrossos is a reasonably priced amusement and water park. Everything was so clean. The water park was spotless. The water was clean. They really cared about safety. The life guards were always paying attention and they adhered to maximum people in the wave pool which I thought was smart. It was like walking through Italy with the sites and the music. The food was so good and it doesn't break your bank. We stayed overnight and enjoyed it for 2 days. The amusement area is small. It's not as big as knoebles but bigger than a fair. When we were there the lines were small and we were able to hop on everything quickly. The games were so cheap to play! Not like other parks where you play for $5 and win nothing. Some of these games were 25 cents to $1. I recommend it for families with younger children. 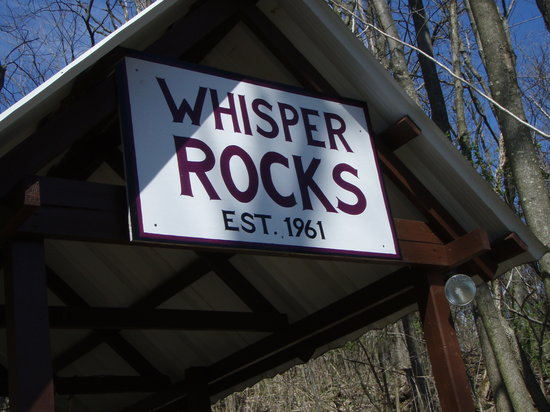 We visited yesterday. My husband had been in the caverns as a child, but my children and I had never been. It was well worth the drive! Our tour guide Mike was fantastic! He made learning fun for the kids and did an excellent job explaining things as we went along. We made it just in time for the last tour of the day, and Mike still took his time and made sure we enjoyed our stay. Both kids did the panning for gems and stones and had a great time. They were both delighted with the pieces they found. Thank you for a wonderful afternoon outing! 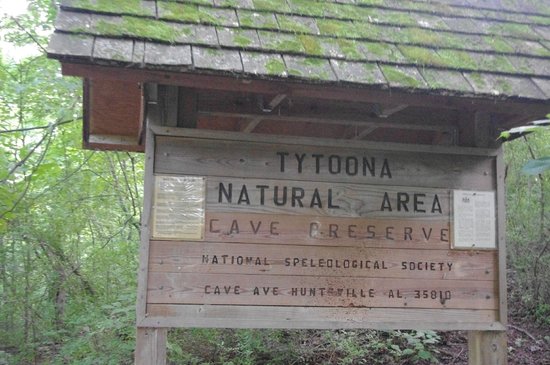 Parking is along a dirt road and if you do not know where you are going you will miss it. I took my grandchildren to this site I have visited many times. You will have to descend a walkway into the grotto, that is easy to negotiate, as long as you stay on the trail. I would recommend a headlight for when you enter the cave and unless you are truly adventurous, there is a limit of how far you can enter into the cave before you are crawling on your hands and knees. There is a stream that runs through the cave that is thought to travel under ground and exit in Arch Spring. Do not attempt to enter the cave or the grotto in spring (you can look) as the grotto fills with water from spring run off. You may as well see the spring too as you are in the area. In springtime the water gushing from the arch in the spring is wont to cover the bridge below it.

A museum celebrating the history of the railroad in industrial America.

Reviewed By Mango A - Puerto Rico

Great museum. We loved seeing all the train and rail industry history. If you plan to go to the horseshoe curve, it is good to know that he wheels of the trains screech loudly as they go around the curve, so I recommend bringing earmuffs for little ones others who are sensitive to loud noises.

During the spring thaw the water gushes from the arch and has covered the bridge below it. During this time the spring gathers water inside a land bowl when the amount of water entering exceeds what is allowed to pass through the narrow opening of the arch. As the bowl fills the pressure of the water exiting increases as well creating the gusher of water.

Outside of this time you can walk up to the top of the bowl and descend into the grotto to see how the water enters from underground, thought to be introduced into the Tytoona Cave which is about 1 mile away. I would not recommend this for small children, due to the steep terrain,

There is also a covered bridge nearby. 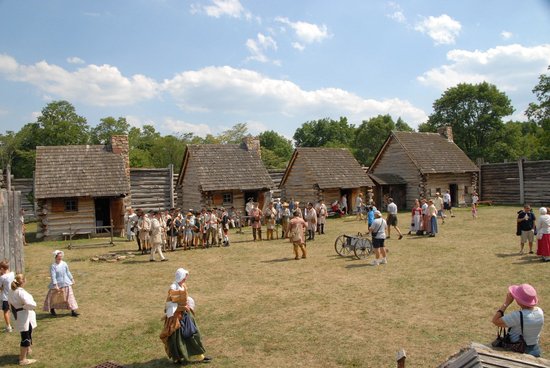 Best to go when they have one of their many annual events - check their website. Personnel well-versed in a rich history of the area and the fort. May be hard to find, but check your GPS or app if unsure. BTW, one review said it was "Fake". The fort was reconstructed as a special Bicentennial project in 1976, and they not only make no secret of it, they tell you that as part of the fort's story.