6 Things to Do in Dunn That You Shouldn't Miss

Dunn is a city in Harnett County, North Carolina, United States. The population was 9,263 at the 2010 census, and an estimated 9,873 in 2016. It is the anchor city of the Dunn Micropolitan Area, population 114,678 (2010 census), which is a part of the greater Raleigh–Durham–Cary Combined Statistical Area (CSA) as defined by the United States Census Bureau.
Restaurants in Dunn 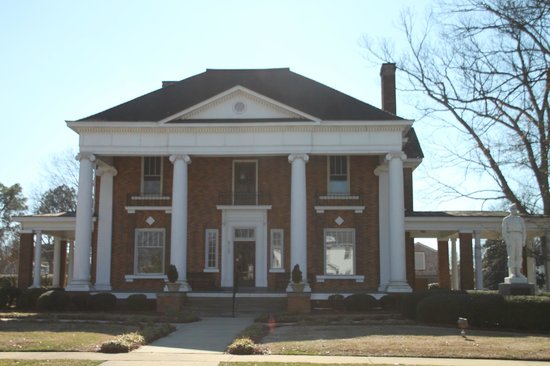 Well worth stopping in, especially if you’ve ever exited an aircraft. Beautiful house and pleasant and helpful staff. You’ll be amazed at the life and accomplishments of Bill Lee as well as the extraordinary collection of paratrooper equipment.

A great break from your travels, children are welcome! 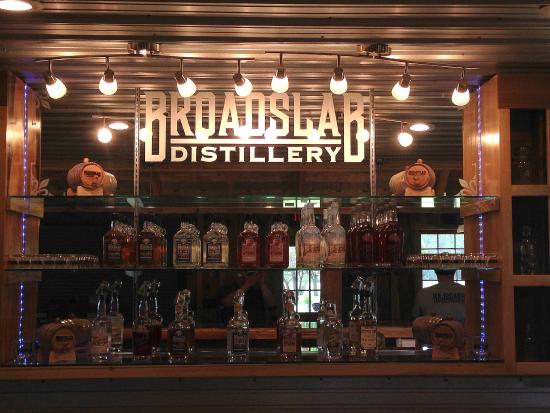 My husband, son, his wife, and a couple of friends and I visited Broadslab today and picked a beautiful day indeed. We took the noon tour and was completely impressed with the owner's story about the history of the area and his grandfather's recipe. He has really worked hard to stay ahead of the game and within the regulations his business is under. We asked lots of questions and he was very happy to answer them.

We next went to the tasting area and were totally blown away with the choices and tasts of his moonshine. My favorite is the Appleshine, but they were out of it....sigh

We bought some long-sleeve t-shirts with pockets, a recipe booklet with cool ideas, and went home chasing the ABC Stores for the Appleshine along the way.

The future looks excitingly bright for Broadslab and the event building, restaurant, and expanding distillery!! We can't wait to come back! 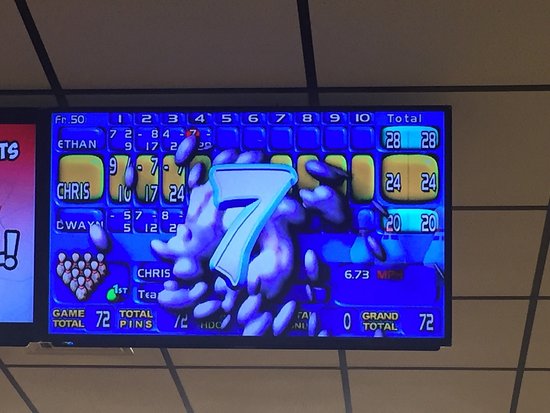 We were looking for a place for some nice clean family fun while on the road, and Buffaloe Lanes fit the bill perfectly. Brightly lit, clean, family friendly bowling, with some arcade games as well. (plus a fun frozen treat site next door). Lots of balls to use in all sizes, working bumpers for kid friendly bowling, clean well maintained shoe rental, and good times. Overall a fun evening activity for our group to thrill the competitive spirit. 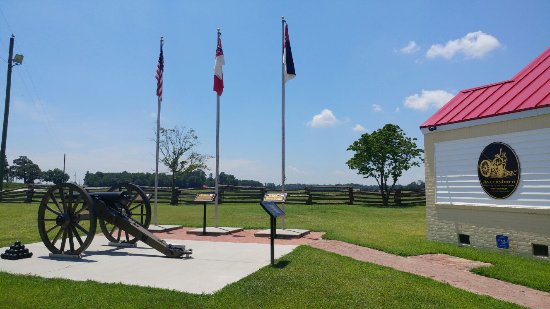 A Civil War battlefield that has remained nearly untouched since the war.

Learning of a Civil War museum commemorating a dustup between Union and Confederate troops referred to as the Battle of Averasboro, Ben and Mrs Too detoured briefly to take in this commemoration of a relatively small and unimportant skirmish. Unimportant on the grand scale perhaps, but certainly not to the 1,400 some casualties, (about evenly divided between blue and grey), or to their families, friends and neighbors.

The battle began when Confederate General Joseph Johnston ordered one of his corps commanders to attack the flank of a column of Union soldiers belonging to the combined armies of Tennessee and Georgia, all part of the juggernaut commanded by Wiilliam Tecumseh Sherman, marching toward Fayetteville having marched all the way through Georgia. Though badly outmanmed and outgunned, the rebels put up a good fight. Their line collapsed when assaulted by the U.S. XIX Corps led by a Major General improbably named Jefferson Davis.

The site includes the battlefield itself, and a small but interesting museum, staffed by a knowledgeable docent and containing some very interesting artifacts.

We spent perhaps an hour and a half there, and were very glad that we did. There is no admission charge, but a donation of a few dollars will be much appreciated. 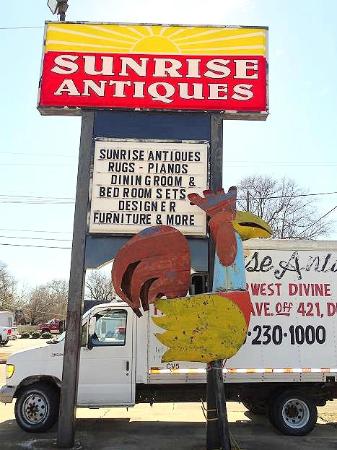 From giant roosters to dinosaurs to a mannequin in the street waving an orange flag, this place is hard to miss. They offer pottery, furniture, glass, China, ceramics, and stained glass. However, they don't have many collectibles if that's what you look for. I fell in love with an old wooden ostrich from a merry-go-round but could not think of a place to put it in our house (I really wanted it). There is an open warehouse attached to the building full of furniture that would be perfect for painting and putting your own touch on (be aware it's very cold in the winter and very hot in the summer in the warehouse). 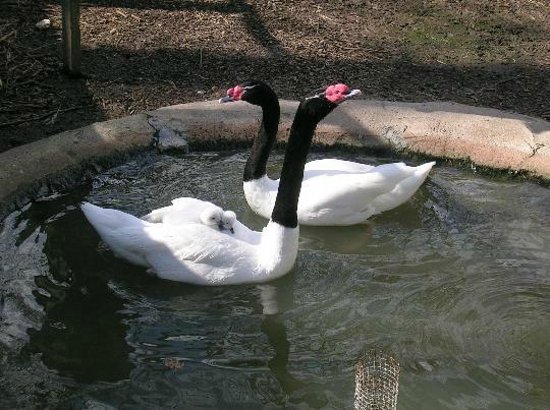 Luckily, our passengers had made a previous visit or we would have missed it. There is no gate, no ticket booth, and there was no one to take our money. We walked the path anyway, following the yellow arrows. It was okay, but nothing spectacular. We had to cross a field, so I left with goose poop in my sneaker tread. On our way out, a woman came through the door and told us we owed her $5/person for our visit. Very disorganized and unprofessional -- but not bad for a small family business. They just need better business procedures.