Top Things to do in South Portland

10 Things to Do in South Portland That You Shouldn't Miss

South Portland is a city in Cumberland County, Maine, United States, and is the fourth-largest city in the state, incorporated in 1898. As of the 2010 census, the city population was 25,002. Known for its working waterfront, South Portland is situated on Portland Harbor and overlooks the skyline of Portland and the islands of Casco Bay. Due to South Portland's close proximity to air, marine, rail, and highway transportation options, the city has become a center for retail and industry in the region.
Restaurants in South Portland The Spring Point Ledge Light is accessed through the Southern Maine Community College which is located on the old Fort Preble. We drove through the college campus to the shore. Parking was extremely limited and mostly by permit. It was a wet and wild day and we not able to walk out to the lighthouse and could only view it from the shore. I didn’t see any visitor center at this location. 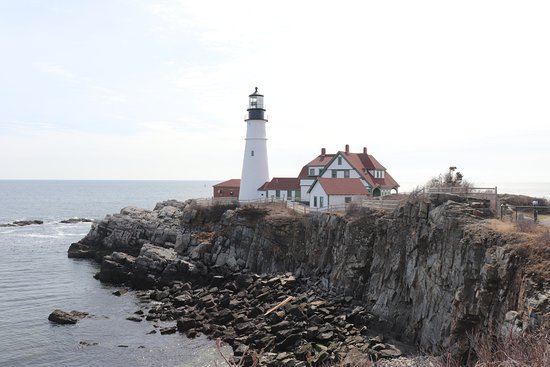 Maine's oldest lighthouse - and one of the most picturesque and most frequently photographed in the U.S. - has been in operation since 1791. Although it is closed to the public, you can stop by the adjacent museum, enjoy the grounds which include a beach, lawns and picnic areas and view boats entering and leaving the harbor.

If you only have time to visit one lighthouse, make it Portland Head Light. It is iconic New England, perfected situated on a rocky bluff above the thundering Atlantic. It was commissioned by George Washington. Try to visit early in the morning or early in the evening to enjoy the full play of light. Pack a picnic lunch and enjoy the view. 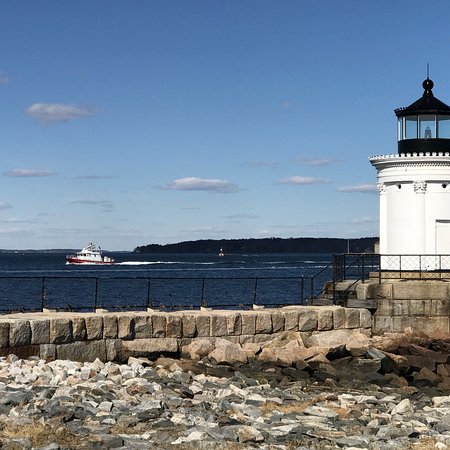 We stopped at the Bug Light visitor center on their last weekday of the season. We had our Lighthouse Passports signed and proceeded out to a parking area. The visitor center did not have a public restroom, but there were several sets of outhouses visible but not useable. The Bug Light is a short distance from the Spring Point Ledge Light. 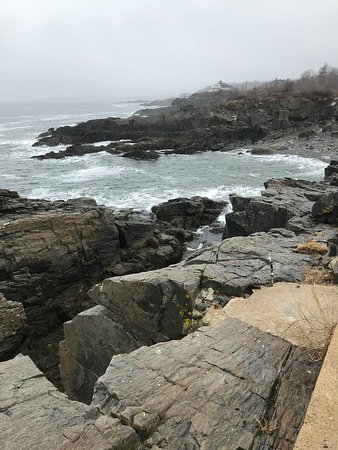 Walk along the cliffs, have a quiet picnic or fly a kite at this scenic seaside park.

An extremely interesting historical park. The lighthouse is very picturesque. The old fort buildings are extremely interesting and scenic. We were fortunate to visit on a mild day in February. The sun was shining and we got a first hand glimpse of the rugged Maine coast. We are from Oregon so it was nice to compare. 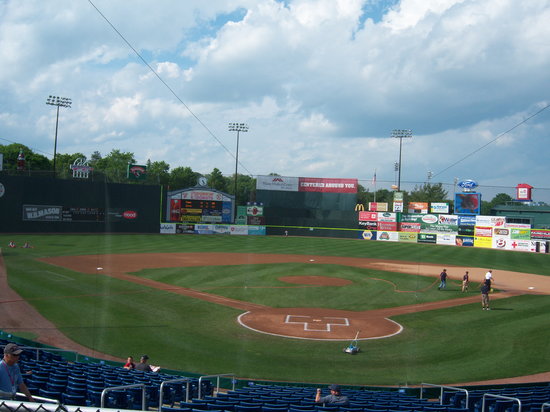 We had a group outing to the park over the summer. The park in just the right size, easy parking, inexpensive tickets and good viewing from anywhere in the park. We had a great time. This is a great place to bring the whole family without breaking the bank. Food is a little picey, but it is to be expected at a ballpark. However, leave your water bottles and food at home, they will confiscate them at security screening. All in all, a great time! 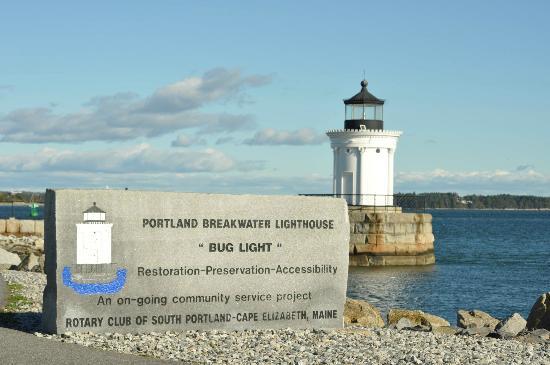 I was told prior to going to the light house that I could definitely get inside. That didn't happen. After walking all the way out there I was quite disappointed to find that all I could do is look at the outside and the water. Being afraid of heights and bad feet the walk out there was NOT worth it. 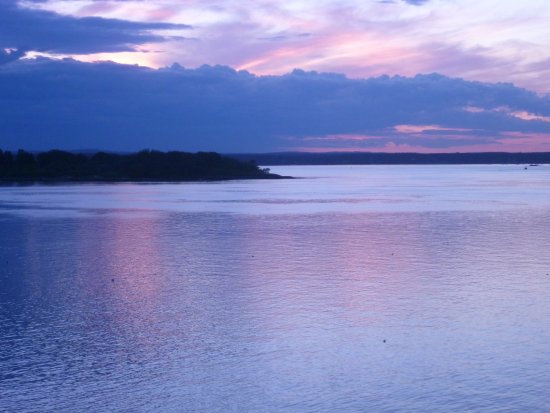 Ship traffic here runs the gamut from lobster boats to oil tankers and cruise lines; also look for the many photogenic lighthouses.

The Casco bay is a very special place. Deep blue waters and a great many islands, many inhabited and worthy of your exploration. The crew are nice enough and help with your questions. There are numerous selections on the ferry schedule to choose one that fits your day schedule. Toilets on board. take some beer/wine with you to drink and enjoy. Excellent job. 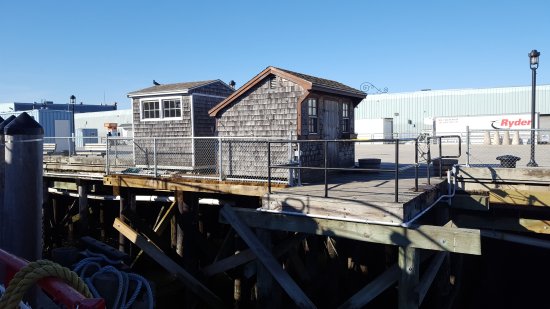 An archipelago of islands off of Portland.

Take the Casco Bay Lines ferry to all the different islands, or check time for the mail drop ferry. It stops at, I believe 7 different islands, unloading and picking up cargo, cars, etc. Check my pic, for the smallest working lighthouse. The ferry is very calm, but it is windy on the water and the air is cold, even in summer, so dress accordingly. Pick up on the waterfront in Portland. 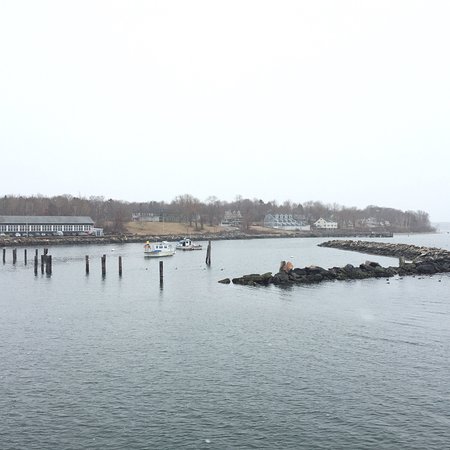 We had so much fun on the mailboat cruise! Even though it was January and probably about 10 degrees, this trip was worth our while. Understandably (given the season), there weren't many other people on the ferry. As a result, we could move freely around the boat to follow the sun on deck, spread out indoors, and ask the crew numerous questions about the islands. This was our first trip to Portland, and probably our favorite activity (other than dining in the wonderful restaurants, of course) of our weekend. The trip takes 3 hours and costs a mere $16. While there are a couple of vending machines on board, you're welcome to bring your own food for the trip. A great way to see the coastline...loved it! 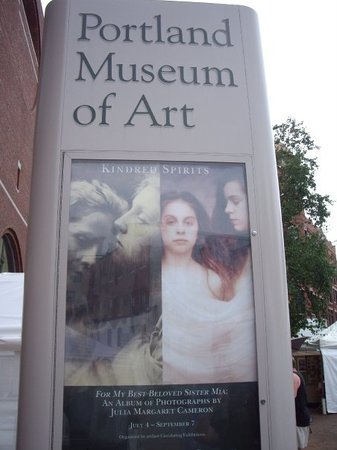 With an extensive permanent collection and nationally renowned exhibitions, the Portland Museum of Art is rightfully taking its place as the best regional museum in the country. The PMA boasts a considerable permanent collection, with beloved works of American, European, and Contemporary art, as well as significant holdings of Maine art-highlighting the rich artistic tradition of the state and its artists. The museum brings it all to life with unparalleled programming. From special member-only events, free school tours, and a commitment to family activities, to PMA Movies, curator talks, and exclusive tours of the Winslow Homer Studio-it's all happening at the PMA.

This is an excellent museum to visit. Friday nights are free. They have many interesting pieces including a couple of Picassos. They also had an exhibit of local artist which was very interesting. Also the local exhibition of local children's art was enjoyable and a way to get the youth interested in the arts.