Top Things to do in Somerville

10 Things to Do in Somerville That You Shouldn't Miss

Somerville (/ˈsʌmərvɪl/ SUM-ər-vil) is a city located directly to the northwest of Boston, in Middlesex County, Massachusetts, United States. As of 2010, the United States Census lists the city with a total population of 75,754 people, making it the most densely populated municipality in New England. As of 2010, it was the 16th most densely populated incorporated municipality in the country. Somerville was established as a town in 1842, when it was separated from Charlestown. In 2006, the town was named the best-run city in Massachusetts by the Boston Globe. In 1972, in 2009, and again in 2015, the city received the All-America City Award.
Restaurants in Somerville 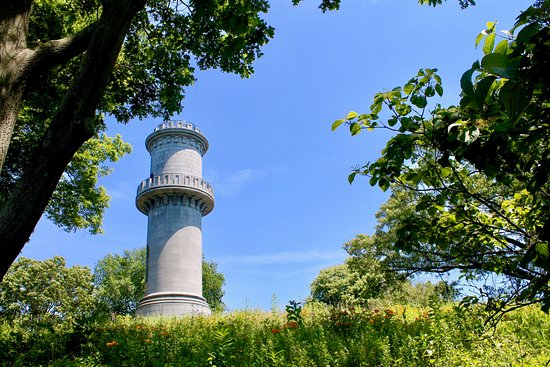 Mount Auburn Cemetery was founded in 1831 as America's first landscaped cemetery. A National Historic Landmark, its renowned landscape inspired the creation of the nation's public parks. Mount Auburn was designated an Important Bird Area by the Massachusetts Audubon Society, reinforcing its status as a significant wildlife sanctuary. Still an active burial place, Mount Auburn Cemetery provides comfort and solace to countless families. The Friends of Mount Auburn Cemetery was established in 1986 to assist in the conservation of the Cemetery's natural beauty and to promote the appreciation of its cultural, historic, and natural resources. Over 100 public programs are offered annually by the Friends to educate, enrich, and inspire the community. The Friends seeks financial support for education and interpretive programs and materials for the public, specific cultural projects, and operational support for horticultural rejuvenation and the preservation of the historic monuments, structures, and archival artifacts and records.

Went during the Spring during the warbler migration and had some luck spotting various warblers, orioles, hawks and other birds! The variety of plantings around the differently landscaped grave areas give the feel of different environmental “rooms.” So beautiful! 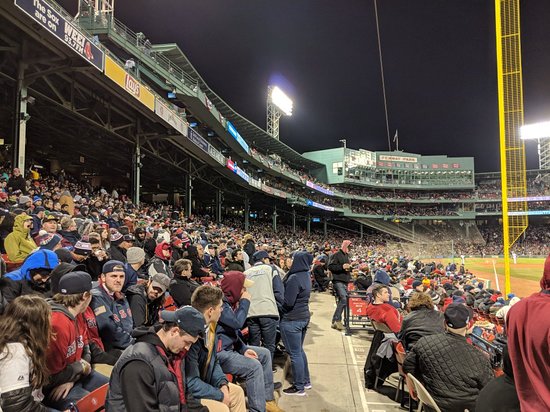 Hallowed ground to baseball purists, this cozy, quirky park has been the Boston Red Sox home field since 1912. The most distinctive feature of this classic baseball park is the 37-foot-tall left field wall, known as the "Green Monster."

Fenway is one of the greatest places to see baseball how it is meant to be. Hot (or Cold) but close to the players and with an atmosphere unlike any modern stadium. Food isn't that great but that isn't why you come here. 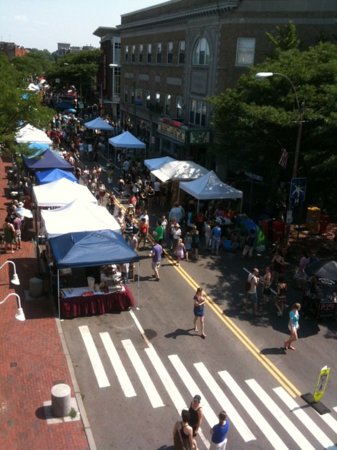 Nice spot in Somerville, but beware of the crowd.
Being so close to Tufts University, it gets impossible to dine in the area restaurants if you do not have a reservation (some do not accept reservation), especially on week ends.
Convenient Subway to Cambridge & Boston. 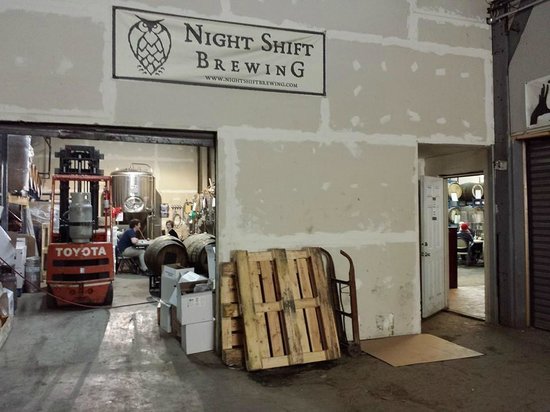 Great micro-brewery with some really tasty beers. They have rotating small batch brews, and their regular beers. Lots of seats, inside & out, and there is usually a food truck parked outside for eats. It's a great spot for a beer on the way home, or some evening with friends. 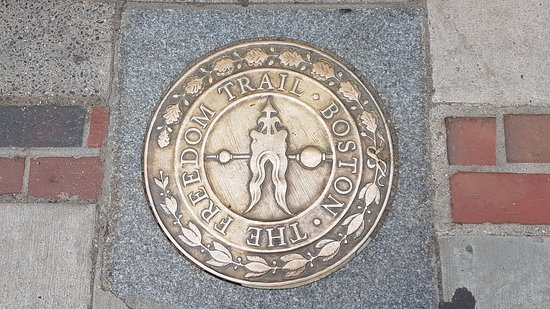 The red line on the sidewalk leads you on this 2.5-mile, self-guided tour of American Revolution sites. It starts at the Boston Common, America's oldest public park, and ends at the famed Bunker Hill Monument.

There are guides that will take you on the Freedom Trail from the Tourist Office in Boston Common. For a worthwhile tour avail yourself of the knowledge of the local tour guide. The experience will be so much more worthwhile. Fascinating explanations behind the actions of the patriots The Harvard Art Museums house one of the largest and most renowned art collections in the United States, and are comprised of three museums (the Fogg, Busch-Reisinger, and Arthur M. Sackler Museums) and four research centers (the Straus Center for Conservation and Technical Studies, the Center for the Technical Study of Modern Art, the Harvard Art Museums Archives, and the Archaeological Exploration of Sardis). The Fogg Museum includes Western art from the Middle Ages to the present; the Busch-Reisinger Museum, unique among North American museums, is dedicated to the study of all modes and periods of art from central and northern Europe, with an emphasis on German-speaking countries; and the Arthur M. Sackler Museum is focused on Asian art, Ancient Mediterranean and Near Eastern art, and Islamic and later Indian art. Together, the collections include approximately 250,000 objects in all media. The Harvard Art Museums are distinguished by the range and depth of their collections, their groundbreaking exhibitions, and the original research of their staff. Integral to Harvard University and the wider community, the museums and research centers serve as resources for students, scholars, and the public. For more than a century they have been the nation’s premier training ground for museum professionals and are renowned for their seminal role in developing the discipline of art history in the United States. The Harvard Art Museums have a rich tradition of considering the history of objects as an integral part of the teaching and study of art history, focusing on conservation and preservation concerns as well as technical studies. The Harvard Art Museums’ 2014 renovation and expansion carried on the legacies of the three museums and united their remarkable collections under one roof for the first time. Renzo Piano Building Workshop preserved the Fogg Museum’s landmark 1927 facility, while transforming the space to accommodate 21st-century needs. The museums now feature 40 percent more gallery space, an expanded Art Study Center, conservation labs, and classrooms, and a striking glass roof that bridges the facility’s historic and contemporary architecture. The three constituent museums retain their distinct identities in the facility, yet their close proximity provides exciting opportunities to experience works of art in a broader context.

I was very surprised to see such an extensive collection of ancient pottery within this art museum. The museum itself is very large, with significant amounts of space to move around and some really great works (self portrait of Van Gough, full portrait of Washington, works by Picasso and Monet). For me the pottery was the most interesting and I spend a significant amount of time in that area and the space dedicated to Mediterranean and Near Eastern Art. 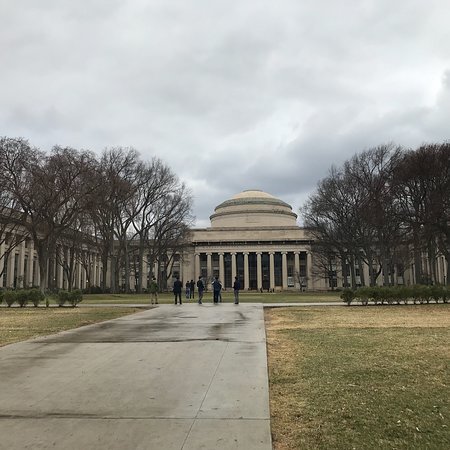 One of the world's leading educational institutions, with an emphasis on math and sciences, the Massachusetts Institute of Technology is located on the banks of the Charles River. The M.I.T. campus includes many modern buildings designed by famous architects and is worth exploring.

Directly across the Charles River from Boston (indeed you can walk across the misnamed Harvard Bridge). M.I.T. Is architectural feast with an eclectic selection of buildings designed by many world renown architects from I.M. Pei to Alvar Alto. The campus boasts an Alexander Calder “stabile’ called the Great Sail”. 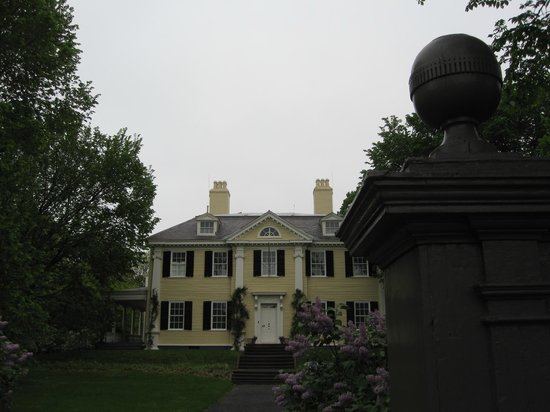 Longfellow House - Washington's Headquarters National Historic Site preserves the home of Henry W. Longfellow, one of the world's foremost 19th century poets. The house also served as headquarters for General George Washington during the Siege of Boston, July 1775 - April 1776. In addition to its rich history, the site offers unique opportunities to explore 19th century literature and arts. The site is now closed for the season. See the website for more information on programs and scheduling group tours.

We walked up to this place from the Harvard Square. This is a museum with an interesting history of Longfellow as well as General Washington, besides the first owner of the house. The collections are so well preserved, the guided tour was very informative. We were in the afternoon batch. Worth spending an hour on this. 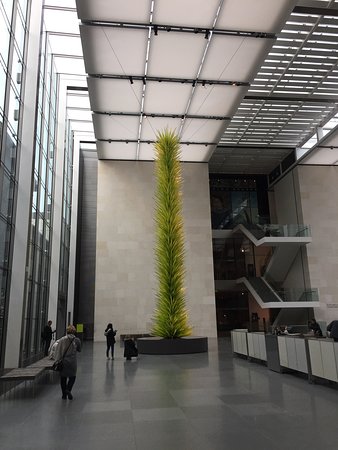 Boston's oldest, largest and best-known art institution, the MFA houses one of the world's most comprehensive art collections and is renowned for its Impressionist paintings, Asian and Egyptian collections and early American art.

This is a very large art gallery, with the most amazing collection. We were mainly wanting to see the very extensive American collection, which is spread over several floors and arranged mostly by century. That was absolutely fantastic, but in addition, as we passed from one part to the next, we could not avoid catching elements of the rest - most notably a wonderful collection of European art including fabulous works by all the great impressionists and their fellow travelers. You know, Renoir, Gaugin, Degas, Monet, Van Gogh, Sisley, Cezanne, and so on. An amazing collection of works by that lot.
I need to go back to do it justice, but we made a good start. 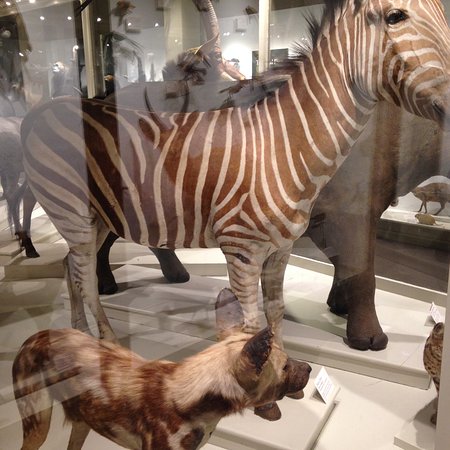 More than 10,000 specimens are on display, including the 2,000 models of Harvard's renowned collection of Blaschka 'Glass Flowers,' amazingly realistic flame-worked glass models of flowering plants commissioned to teach botany to students in the early 20th century. Family favorites include the dinosaurs and prehistoric mammals as well as some 500 current day mammals, including elephant, rhino, tigers, giraffe and skeletons of three whales. Outstanding Earth Sciences gallery with rare minerals, meteorites and a timeline of Earth history. New exhibits on Microbial Life, New England Forests, Sea Creatures in Glass, and Marine Life in the Putnam Family Gallery.

What a great museum - excellent exhibits of natural wonders. The "rock" exhibit is excellent - brightly lit, sparkling examples all around. I think I spent almost an hour in this area alone. The other area not to be missed is the exhibit of the flower examples in glass. In looking at these specimens that were created for study, it is hard to believe they are truly made of glass and not the real thing. Each and every one is an unbelievable works of art.