Top Attractions in Province of Ogliastra

Top Restaurants in Province of Ogliastra 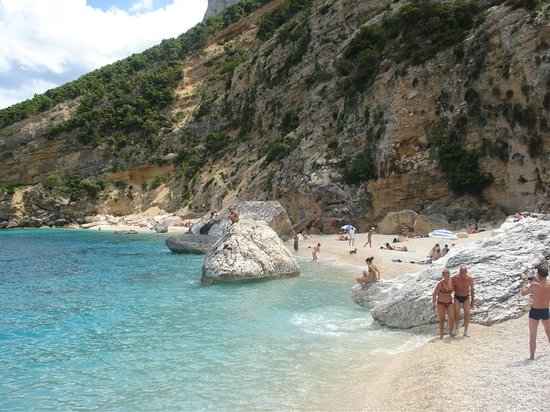 Had a stop at the beach for two hours during a boat trip. Beautiful beach, white sand and crystal clear water. Not so big but luckily not all boat trips stops at the beach. One can only reach the beach by boat. 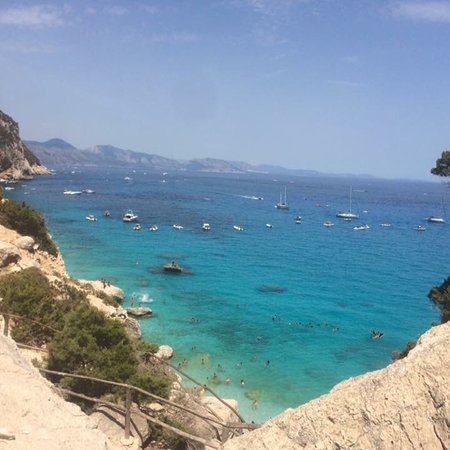 Separate swimming zone from boats . Also to the left there is a cove for kayaks to pull up . Had lunch here and it was great

Just right South from Cala Mariolu lies another treasure of Golfo di Orosei: Spiaggia dei Gabbiani. In fact there's just a big rock between the two Beaches. While not as famous as his neigbor, spiaggia dei Gabbiani is choosen by locals for his tranquillity.
Swimming is great here. You can find plenty of shade close to the Mountains at the natural small caves sculpted by the sea. 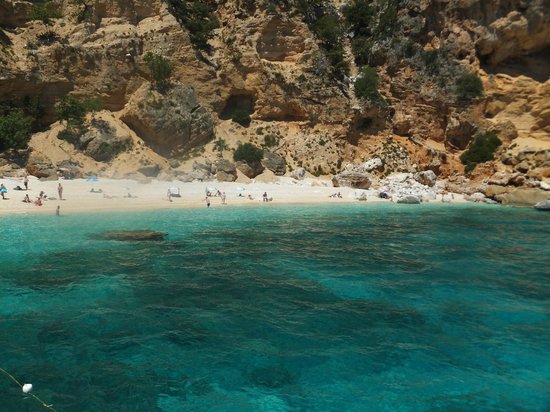 cala biriola we vistited in early morning hours and it was realy wonderful. there were nearly no people arround and we had the beach nearly for us own. the small stoney beach is very small and slopes not so gently into the sea. this is the reason, because cala biriola is not realy a perfect place for families with small children. directly behind the beach the breathtaking and hundreds of meters high steepcoast begins and the vegetation is realy rare. only a little bit maccia is growing.
because there are no natural shadow zones on the beach it is absolutely neccessary to have a parasol, sun protection such as food and drinks in the beach luggage.
the water is crystalclaer and shows every type of blue and it was a pleasure to swim and splash there.
cala biriola is only reachable by boat from cala gonone and arbatax. the prices depend on the season, but 20 euro per person are realistic.
we enjoyed cala biriola very much. it was a highlight during our trip to the gulf of orosei. In the middle of Sardinia is one of the coolest art museums you'll ever see. It was under 10e to enter (maybe 5) and it came w/ a guided tour. The young gentleman who escorted us around clearly cared about what he was showing. He went into detailed explanations of some of her more complicated pieces. His English wasnt perfect but w/ our limited Italian we understood. Her pieces are incredible. Didnt realize she had been featured at Venice's Biennale this year. Her use of yarn and fabric is like nothing we'd ever seen. If you are anywhere near the museum,and if you at all like art, this is a must. We came from Santa Maria Navaresse and had no trouble finding it 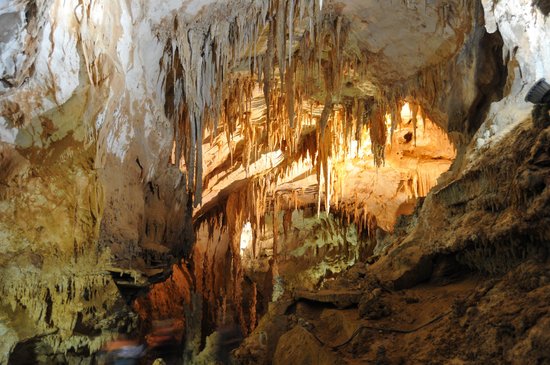 An incredible journey to the center of the Earth, just a few steps from the most beautiful Beaches of the Mediterranean. Expert guides will lead you along an easy path, to discover the fascinating underground world and tell you the charming stories of this place. In a dreamlike atmosphere, surrounded by lights and shadows, you'll feel the ancient presence of the Monk Seal, there in its last shelter.

The grotto is only accessible by boat. Steep stairs from sea level. After entering the grotto and having paid your fee, you can have a guided tour or have the supplied audio equipment with prerecorded guiding.
This prerecording is good and gives you many details about this magnificent grotto, just explored as late as in the sixties.
You can easily get around in the grotto, since walking paths and stairs are installed. Beautiful lightening makes the experience unique. 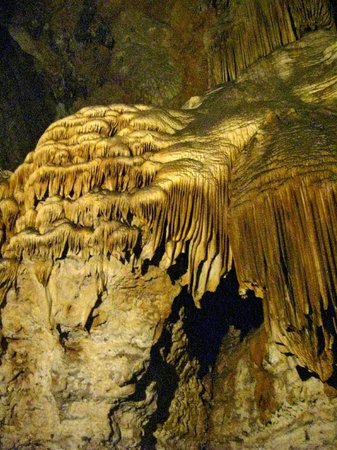 We did not expect much of this attraction, having seen a number of caves in the past. But this was truly breathtaking! The cave is huge, both high and deep. It takes 1.5 hours to do the tour (not very frequent, so check the times), and you need to be fit to climb all those steps up and down. Also, it is pretty cold inside, so take a jacket!
The tour is breathtaking, really great stuff! 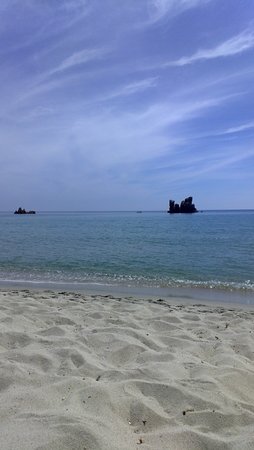 Stunning beach and gutted to have found it so long into our holiday! Beautiful white golden sand and the most amazing water... watch out for the little fishes that like to nuzzle your feet when in the water! 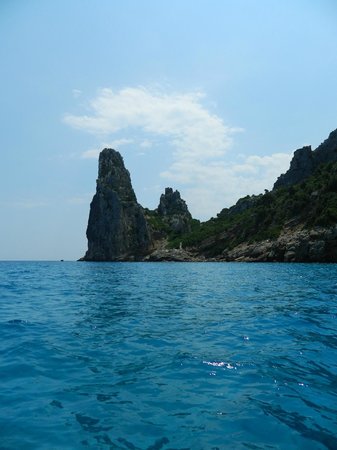 We started the trip to Pedra Longa from the center of Baunei. The road is approx 10 km long and very winding, but extremely beautiful. There are several scenic view points to contemplate the Mountains and the sea. Also, you can just walk for the last part of the road. There is no beach there, just rocks and a natural pool where you can jump and dive. On the road, there is a good restaurant to take a break and relax. We stopped there on the way back and enjoyed a late lunch (surprisingly, they were open during the siesta).
I would definitely go back there one day if I visited Sardinia again. The place is really wonderful, with stunning views. We had this beach recommended and it did not disappoint. There was something different to do every day. The water goes out waist deep for quite some way and our (just turned) 3 year old found this perfect for swimming. There are smooth granite rock Islands a short wade out from the beach which were perfect for a 3 year old to explore, she spent an entire morning here looking for crabs, 'opening a shop', eating a picnic etc. the sand is perfect sandcastle building sand and its also great for hunting small shells. There was another rock in the middle of the beach, just at the tide line which she clambered over and slid into the water and sang at the top of her lungs from (apologies to any people who had to listen, I think the sound of the sea mostly drowned out the noise!). A mix of rented sun loungers and take your own towel space, I would definitely recommend and will definitely return.