10 Things to Do in Paphos That You Shouldn't Miss

Paphos, the capital of western Cyprus, has some serious historical clout. Site of the vast fourth-century BC Tombs of the Kings, set high on a cliff above the sparkling sea, as well as a dramatic Byzantine castle and fine mosaics, it's also known as the birthplace of the goddess Aphrodite. The population of 27,000 is swelled by a summer influx of beach-bound English, German and Scandinavian visitors. A beautiful old harbor awaits, while modern hotels and restaurants stretch along the promenade.
Restaurants in Paphos 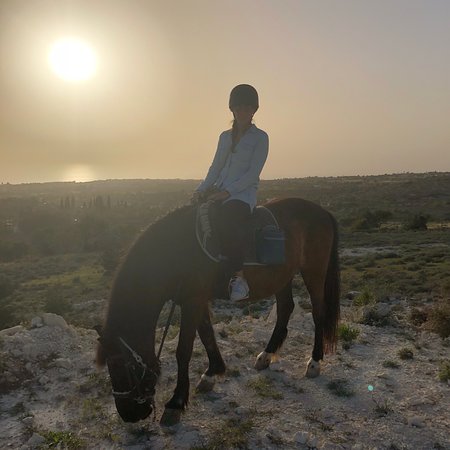 We have a beautiful range of ponies and horses to suit all requirements at Eagle Mountain Ranch so that you can enjoy Horse Riding Paphos, Eagle Mountain Ranch, Paphos, Cyprus is based just 10mins distance from the main town of Paphos in the quiet countryside area of Mesogi, Paphos Cyprus. It is an excellent horseback trekking area.

I decided that I wanted to try horse riding after looking for things to do in Paphos during the winter. I filled in an application form online, which gives them and idea about your experience of horse riding. I then received an email telling us when they had availability and confirming we would go on the date agreed. When we got to Cyprus the weather forecast wasn’t on our side so we had to rearrange the day of the ride, again this was done through email but was quick and easy to organise.
When the day came for our ride, we had arranged to be picked up from our hotel, they were very punctual to pick us up. When we got to the ranch we were greeted by Cleo who explained he would be our guide. My partner was a little apprehensive about trying this experience but Cleo was great. He brought the horses down and before we set off he gave us a few minutes in the yard explaining how to control the horses and gave us a couple of try’s (I haven’t ridden for quite a while).
When we set off, Cleo was walking so he could control the horses if needed, we set off into the Mountains and he gave us lots of info about the area. We reached a place that had amazing views and the let us stay a couple of minutes to admire the view and he also took plenty of photos for us.
We did the 2 hour sunset ride but unfortunately the sun decided not to come out at this time so we didn’t get much of a sunset, but we really enjoyed the experience. The horses were fab and Cleo really put us at ease with the horses. Would highly recommend this experience. And would love to do it again next time we come to Paphos! 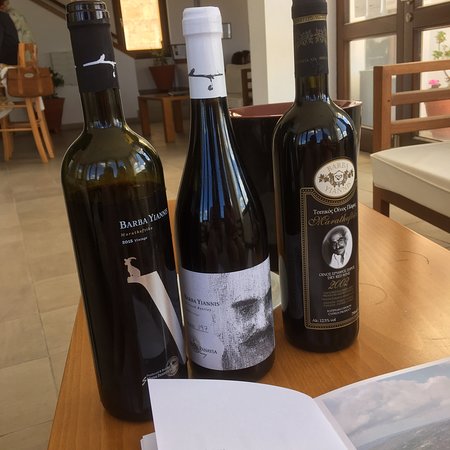 The winery is situated just outside Pano Panayia village, in the mountainous area of Paphos district in an altitude of about 850 m above sea level,surrounded from Paphos forest. We produce our wines from the indigenous grape varieties Xynisteri, Spourtiko , Promara (whites) and Ntopio Mavro, Maratheftiko and Yiannoudi(reds) which are cultivated in the best viticultural area of Cyprus, the Vouni Panayia area. Visitors coming to the winery can experience the traditional Cypriot hospitality; taste our wines, take a tour of the winery, watch the procedure of producing the wine and traditional products which are produced from the grape like soutzioukkos and zivania.The restaurant is open after reservation for lunch (seasonal traditional cuisine)

Stopped here after a walk. It was five euros to taste 4 different wines and have a small plate of food - small amounts of bread, cheese, cucumbers and a vegetable dish the name of which I can't remember (shame, because it was lovely). And yes, one of the wine's was so nice I bought a bottle!

Our tasteful British-family-run Microbrewery & Brewpub is set in our lovingly restored former old winery with its picturesque stone courtyard and stunning countryside location amongst olive groves and grape vine terraces. Just 15 minutes from Paphos Old Town, you will enjoy a fantastic day out that is suitable both for families and all kinds of groups, including wedding parties. Soak up the warm sunny ambience and enjoy a great meal from our menu of simple but very high-quality restaurant items or, later in the afternoon, you can choose one of our delicious hand-stretched sourdough pizzas all baked-to-order in our imported Italian pizza oven - considered by reviewers as"Pizza to-die-for!". All meals are amazing value-for-money and served to you al fresco for maximum enjoyment. Savour the rich flavours of our traditional CAMRA compliant ‘real ales’, our oh-so-drinkable Continental-style lagers and our delicious hand-crafted ciders all made on the premises to the highest standards. Not a beer or cider drinker? Don’t worry; all other usual bar beverages are available including a good selection of quality local & imported bottled wines, spirits and delicious jugs of summer cocktails together with all soft drinks and freshly-squeezed local fruit juices. Join in the informative and highly-entertaining brewery tour that is presented like no other you might have experienced and hear our incredible story of triumph over all odds to set up in Cyprus. Frequent live entertainment is staged for you or you can simply sit back and relax in the dappled Sunshine of our courtyard nicely shaded by our walnut, almond and mulberry trees. Our standard of hospitality is renowned as the best in Cyprus and you will always find a warm friendly welcome waiting for you.

We visited the micro brewery expecting it to just be about beer, but were pleased to find that we could eat there too. I ordered the pulled pork Sandwich, since I was not very hungry, but the meal was substantial. The coleslaw was the best I have ever tasted, but whilst the quantity of pork on the Sandwich was generous, it had rather too much barbecue sauce added for my taste- it did not have the subtlety that pulled pork usually has. The food was very reasonably priced for Paphos. I am not a beer drinker but I decided to try a glass anyway and found it very mellow. It was relaxing in the courtyard surrounded by lush green hills.
We joined the tour, which was interesting and informative, and generally found the whole experience very enjoyable. The owner of the brewery is passionate about the quality of his product The family who own the brewery were very friendly and welcoming. I would definitely visit again if I was in Paphos in future. I might try the strawberry cider next time.

The TSANGARIDES winery is the next generation of Cypriot wines. Our avowed philosophy is to blend old school traditions with new school style. Our youth, energy, and passion coupled with the distinct sense of place that wine brings to our lives, allow us to produce wines of great character, and distinction. The wine scene in Cyprus is now flourishing and we are extremely proud to be considered as one of the key wineries at the leading edge of this long awaited revival of our countries wine industry.

A lovely setting not far from Paphos. There are some lovely views around here. The family were very welcoming and understandingly proud of their wine which was very good. We had some free tasting on a lovely Terrace and bought 4 bottles. I would love to have bought more but weight restrictions on luggage prevented this.

5. The House of Dionysus 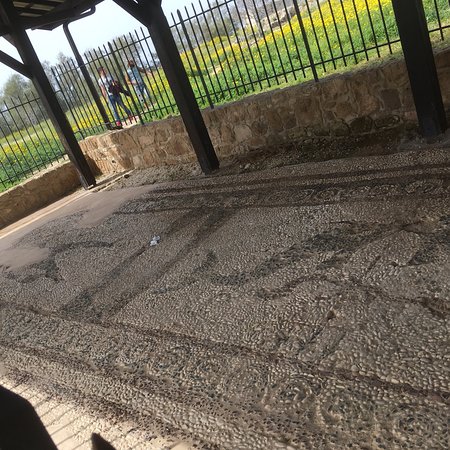 Just walk around this historical site and step back in time with a little imagination,worth at least a few hours of the day to explore but take water and sun lotion as there are few shaded areas to get away from the sun. 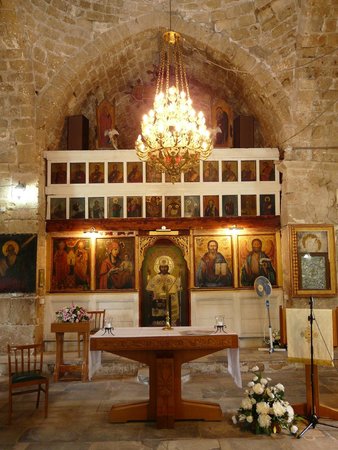 Only a short 1km walk from the the town and the Archaeological park is this dramatic and exquisite building of Agia Kyriaki. Imposing and welcoming almost in equal measure. It is a prefect compliment to any visit the ancient sites surrounding paphos town. It is extremely easy on the walking ad visiting experience with facilities that cater for both the able bodied and disabled alike. It offers numerous photo opportunites for those looking for interest and enthralling backdrops and is easy on the pocket for those counting the pennies in the absence of and obligatory fee for the experience. That said I have little doubt that donations would not be unwelcome. Highly recommended.

Reviewed By George A - Nicosia, Cyprus 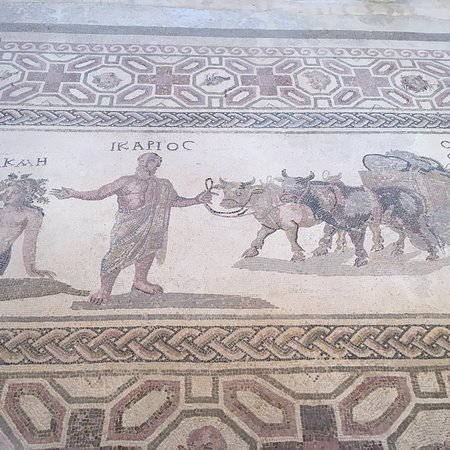 Was actually rather surprised at how interesting this place was, the buildings housing the mosaics was informative with lots of interesting facts giving full information on the people who lived here. The most them selves were beautiful. 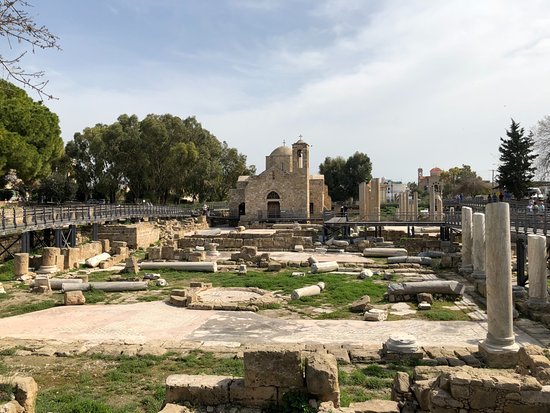 A multi-period ecclesiastical complex which is under-appreciated by the officials. The information panels fail to deliver significant information which, unless you're an archaeologist like myself, unfortunately will continue to ignore. It's worth a visit but arrange for a guided tour.

10. The Steni Museum of Village Life

This is an excellent little museum and is easily missed. There is not an entrance fee but they ask for a donation to help to keep it open. We had set out to find another museum in Polis and passed this on our way back. We were able to explore the artefacts which date from 19th and early 20th centuries. They show how life was in Cyprus villages. It must have been really hard. The museum is only small but it is packed with interesting things. The man who looks after it was very helpful. There is a booklet which gives information about each of the items and everything is clearly labelled. We are glad we found this and were very happy to give a donation. Well worth a visit, you can spend a long as you want to and it is interesting.