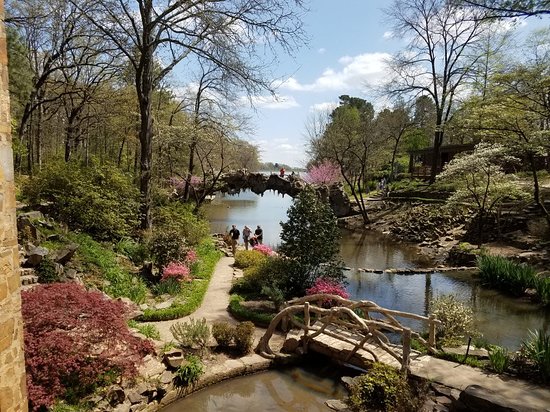 If you are in the North Little Rock area, the Old Mill is a must see location.The spring and the fall are the very best times to stop in as the flowers and trees around the Old Mill are absolutely amazing.

The architecture of the mill is unlike most unique attractions around the state and the setting is tranquil. The Old Mill will not disappoint the visitors that take time to stop in. 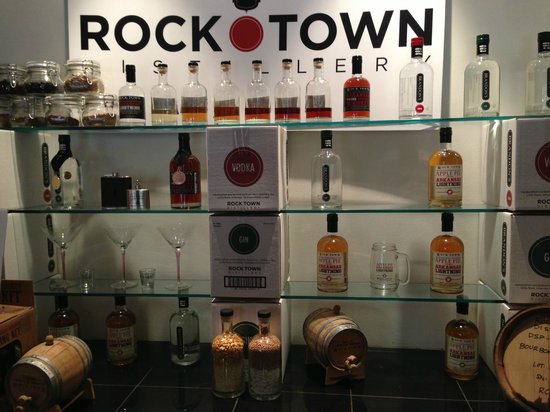 We arrived fifteen minutes before our tour (which was the second and last of the day). The group before us was being lubricated at the lobby bar, hitting on the bartender, making her blush and impressing the manager with their purchases. Those of us waiting, eventually around 20 people, were ignored, finally acknowledged and told to wait, and then ignored again. A horrible and unprofessional way to begin. We almost walked out.

Finally, they started collecting money for the tour and get things going after they ushered the first group out.

The tour was awesome. Very educational and entertaining. The samples poured were tasty and prices for what we paid seemed reasonable. They are kind of a on a mission to get you drunk so you buy, but that is very standard in the industry. 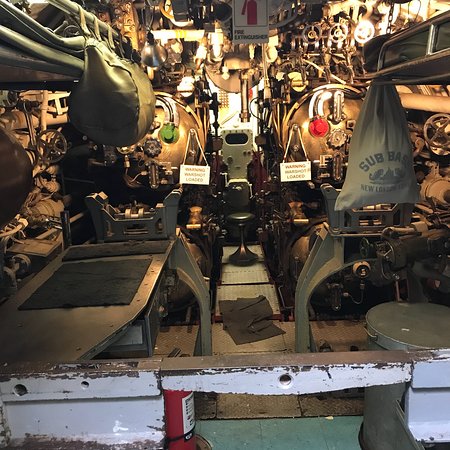 Very nice tour guide for a cheap price! You get the full tour of the submarine and get some stories with it! The young tour guide was really well knowledgeable and was a fantastic guide. We even had the chance to meet one of the crew from the 1960s ! A really nice guy to chat with! A must see in Little Rock if you like sea stories and great enginery machine! 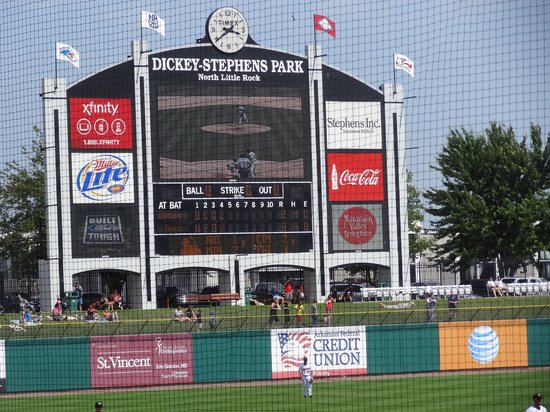 Went to the Travis game last night with a group, excellent park and pyro in the park watching spectacular! 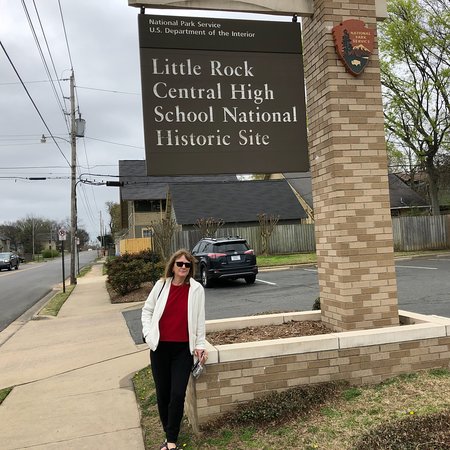 This National Park Service site encompasses the campus, but Central High is still an active high school. Visitors should park and begin their visit at the National Park Visitor Center, located diagonally across from the campus, at 2120 W. Daisy Gatson Bates Drive. Visitor entrance into the school is via free Ranger-led tours, which need to be reserved in advance to guarantee participation. Interpreting the Civil Rights Movement with an emphasis on school integration, this National Historic Site focuses on the 1957 desegregation crisis that resulted when Arkansas Governor Orval Faubus ordered National Guard troops to prevent the first African American students, "The Little Rock Nine," from entering formerly all white Little Rock Central High School, leading to federal intervention by order of President Dwight Eisenhower.

We did a tour of civil rights memorials/museums (not as the initial idea, but it evolved). One of the stops was here (technically, the visitor's center across the street). There was a museum and a couple of films and we walked over to the school...MoreThank you very much for sharing your experiences and insight. Visitors do come from around the world to visit this and other American civil rights historic sites recognizing that Black History and American History are part of world history and our shared human experience. 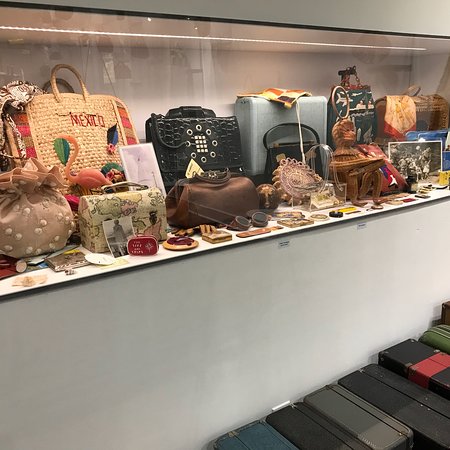 Dedicated purse museums in the world are rare jewels of history: Amsterdam, Seoul and Little Rock claim the distinction of being home to the three brick-and-mortar galleries in existence. ESSE Purse Museum at 1510 Main in the SoMa district of Little Rock opened its doors in late June 2013 to share what's inside the fabulous exhibit featuring over 500 artifacts. More than a fashion history, the museum showcases a compelling narrative of the 20th-century American woman - decade by decade - through the bags she carried and the contents within. The delightful displays of purses are complemented by carefully selected items women from each era carried - true history held in a handbag. Small photos in the displays and enormous backlit photos on the north wall show real women with their personal bags. Three cozy dioramas - "Nothing's More Natural Than Skin," "By Land, Sea or Air" and "A Night on the Town" - feature specialty purses, and a large, whimsical art installation addresses the essence of a woman, her handbag and the contents within. ESSE, which grew out of a traveling exhibit selected from owner Anita Davis' extensive collection of bags, is a privately-owned museum housed in a historic building in an up-and-coming, hip neighborhood, close to other world famous attractions like Central High School (the only school that is a national park) and the William J. Clinton Presidential Center and Park. More than just a trip down memory lane or history lesson, ESSE Purse Museum is a don't-miss experience. Museum hours are 11 a.m. - 4 p.m. Tuesday through Saturday and 11 a.m. - 3 p.m. on Sunday. Admission is $10, $8 for students (6-18), seniors (60 and up) and military. Children 5 and younger are free. Call for group rates and special tours.

Took a walk out to visit the museum and was not disappointed. Staff were friendly and informative and the items on display were fab. Nice little gift shop to browse too. Would defiantly recommend this. My partner also enjoyed himself. He liked to see how...MoreThank you so much for your review! We are so happy to hear that both of you enjoyed your visit. We hope you come back and see us the next time you are in Little Rock. 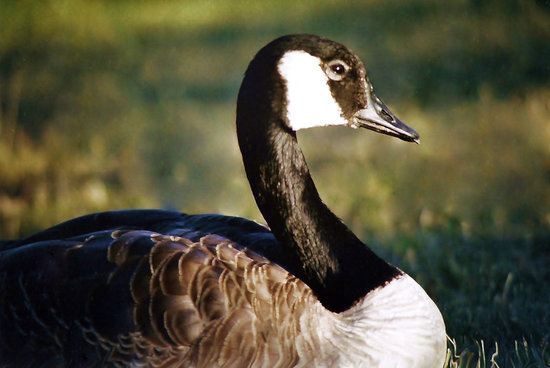 This park was designed with great attention to detail. There is beauty in the park everywhere you look. Parking is very good and the restrooms are strategically placed and well maintained. There are horse and bike trails, BMX dirt bike course, golf course and more. We were at the soccer fields and the were in excellent condition. The grass was maintained better than most high school football fields.


I noticed several pavilions for use under a reservation process that looked nice. Great place for the family outings. 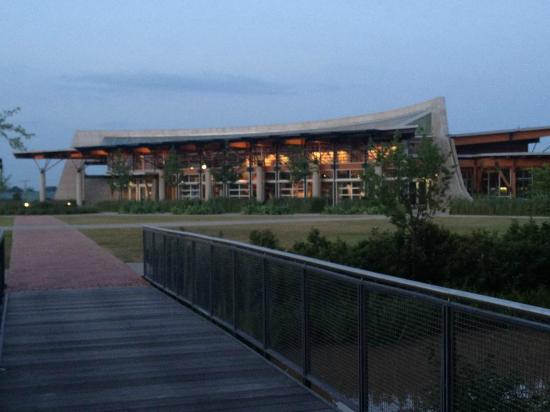 Heifer Village was much more than advertising their engagement. There is a lot of awareness raising about sustainability - their headquarters are a certified green building, with engaging displays. We also went to their vegetable garden and farm of goats and lamas, mini pigs and others. Super! We had finished our business meetings and decided to explore and take a walk. We really enjoyed the easy walk and the great view of the river and the bridges in the area. Great historical data located along the walkway provides nice information about Little Rock history. 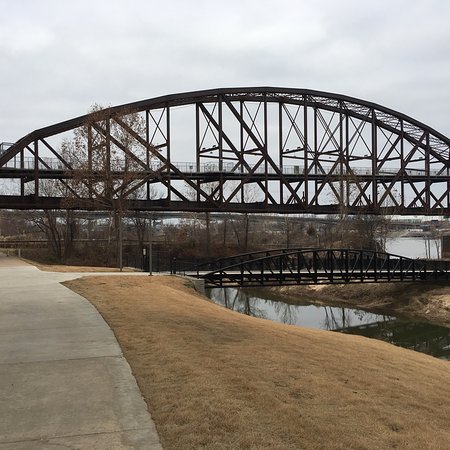 The Arkansas River Bicycle Trail System is roughly 100 miles of bike paths stretching from downtown Little Rock in the River Market all the way out to Pinnacle Mountain. The bike trail begins in the Little Rock River Market and extends on both sides of the Arkansas River, crossing three pedestrian only bike bridges, including the magnificent Clinton Presidential Bike Bridge in the easternmost River Market district, Two Rivers Park bridge on the westernmost portion of the trail, and the World-Famous Big Dam Bridge which is the world's largest ped-only bike bridge spanning over the entire Arkansas River Dam. Bring your bike and enjoy both sides of the Arkansas River as you ride from downtown Little Rock through scenic Burns Park over the Big Dam Bridge and Two Rivers Park bridges extending all the way out to Pinnacle Mountain (Arkansas' most popular state park). Bike Rentals are provided in the downtown Little Rock River Market.Whether you walk, skate, or prefer to bicycle the miles of Riverfront beauty, you won't be disappointed. The entire Arkansas River Bike Trail system is paved and no motorized vehicles are allowed (including cars, trucks, and segways).

Reviewed By Baja001 - The Villages, Florida

The Arkansas River Trail I understand runs for far more miles than I remember. We walked along it for a couple of miles in Little Rock. It includes Riverfront Park & at times is hard to distinguish between the park & trail. The trail is in great shape fore walking or bicycling. It has beautiful views of the Arkansas River along with the River Market District. Get out & spread your legs for a while after a lunch in the Riverfront Market district.