10 Things to Do in Murrysville That You Shouldn't Miss

Murrysville is a Home Rule Municipality and formerly a borough in Westmoreland County, Pennsylvania, United States. The population was 18,872 at the 2000 census. It became a home rule municipality in August 1976.
Restaurants in Murrysville 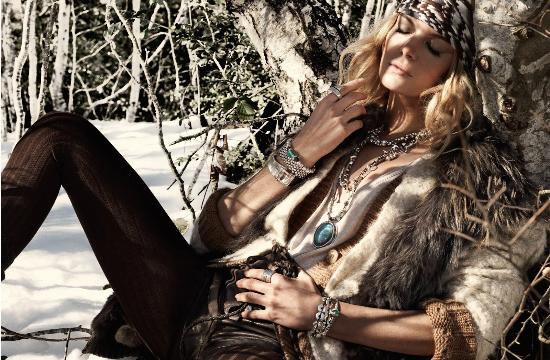 The Direct Jewelry is a great place to purchase jewelry, coins, and gifts. I always enjoyed my visit to this establishment. The service is top notch and I had a problem with a bracelet i purchased for my wife and they took care of the problem ASAP.
Thank you Direct Jewelry for making it easy for me to purchase items for my wife and gifts for others. 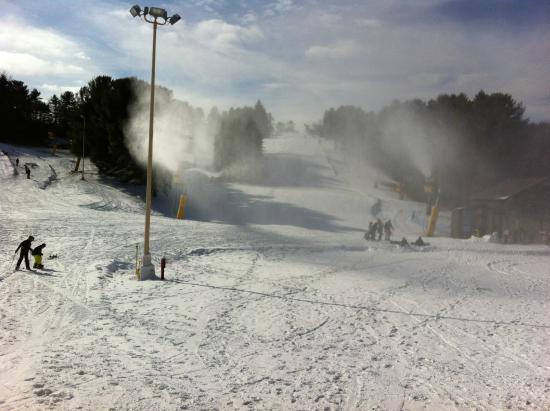 This ski resort is amazing for beginners. This is a small ski resort with 5 trail, but the price was unbeatable. My wife and I skied for 4 hours for less than the price of 1 in Seven springs.

Don't get me wrong, there are better ski resorts. But if you are not planning to get into black diamond trails... you will not be disappointed. 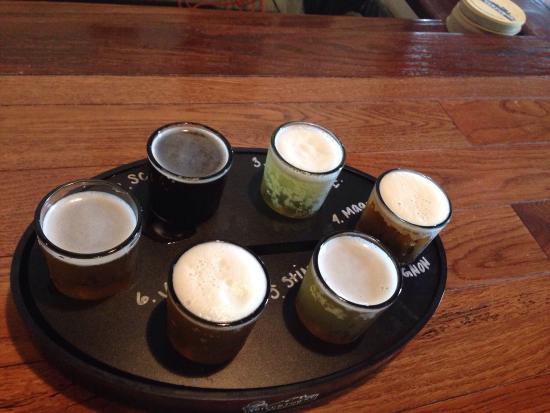 Stopped in after a Pirates game for a quick dinner. The beer was average. The IPA was good enough but didn't push any limits. The blonde ale was training wheels craft beer, but my Coors drinking dad liked it. The 2014 Baltic Porter should have been better. Got three pizzas on pre-made crust that were disappointing but at least my seven year old was happy. I may go back to try more beers to check the entire selection but will definitely have other dining plans. 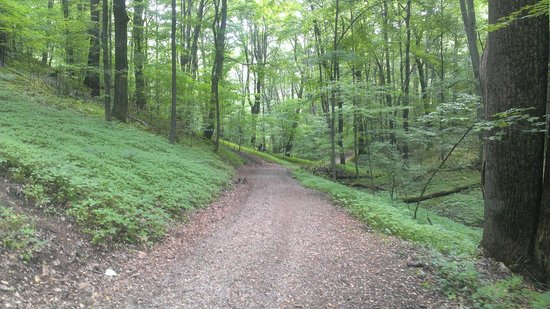 Bushy Run Battlefield preserves and interprets for citizens and visitors the site of this pivotal battle fought between British and Native Americans during the conflict known as Pontiac's War (1763-64). Highlights of the site include the interpretive exhibit, "The March to Bushy Run" at the site's visitor center, as well as guided and self-guided tours, special events and educational programs.

My family took an unexpected trip here one day. We walked the grounds only - no tour, no museum. We were SO very glad we did; it was a learning experience for us all. We walked the grounds, reading the placards set up along the way. It is a beautiful area, with rolling fields, and you can almost hear the winds of history whisper as you walk these hallowed grounds. It is a prime location for some beautiful photos. Alongside the one parking inlet, there is a beautiful log cabin, which made for some stunning photos. There are walking trails through the woods, which also made for some stunning photo ops. We packed lunch and drinks (it was a very hot day) and spent a leisurely few hours walking and hiking the grounds. It is not far from North Huntingdon, PA, and is well worth the mere twenty or so minutes that it takes to get there from that point. Highly recommend. 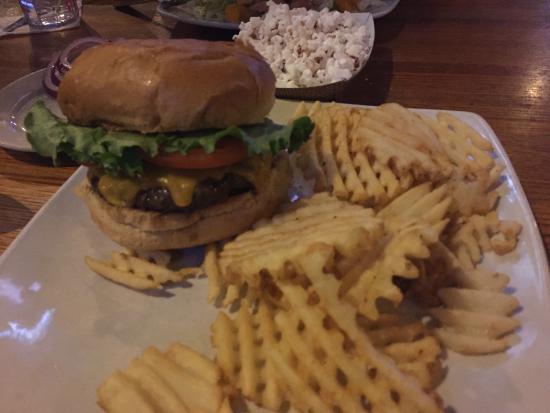 This restaurant/bar is my go to spot when picking up someone from the MSP airport. It is about 5-10 minutes away from either terminal's baggage claim, so waiting here is perfect! I recently landed in MSP and drove to eat here while waiting for my parents to land 3 hours after me. Lots of screens for sports and the food was pretty good - I ordered the Kobe Burger and my wife got the oriental chicken salad. Portions are huge and right when you sit down, they give you a popcorn bowl. The location and service gives this spot 4 stars, but the food brought it down to a 3 for me. Still my go-to spot for pickups - and I will try something else next time.

Monroeville Mall, located outside of Pittsburgh, PA, features Macy's, JCPenney, NY & Co, Buckle, Forever 21 and many other specialty shops. You can also grab a bite at one of the Food Court eateries.

I go to the movie theater which is inside the mall. The mall is beautifully decorated for Christmas and the kids can see santa and ride a small train. The theatre has 4.00 movies on Tuesday's. This mall is right of the Pa. turnpike and is an inside mall and is well maintained and has security as well. There are many restaurants in the mall area. 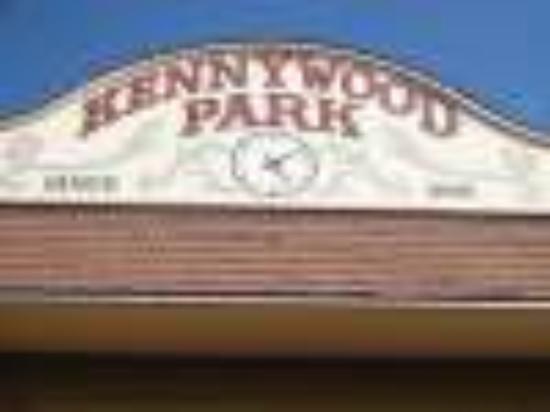 Kennywood is America's Finest Traditional Amusement Park! Located just outside Pittsburgh, PA, Kennywood offers a unique mix of classic rides and modern thrills, including six roller coasters, a 14-ride Kiddieland, and several attractions that cannot be found anywhere else. Kennywood's three wooden coasters have all been designated Landmark rides by the American Coaster Enthusiasts (ACE). Founded as a trolley park in 1898 and named a National Historic Landmark in 1987, Kennywood guarantees unforgettable fun for all ages. The experience goes well beyond the rides, as guests enjoy homemade fudge, tasty funnel cakes, and the world-famous Potato Patch fries! And Kennywood is not just a summer attraction, either! Visit on fall weekends for Happy Hauntings, a kid-friendly daytime event, or Phantom Fright Nights, where scare-actors roam the grounds and jolts await on every thrill ride! Visit weekends from Thanksgiving to New Year's for Holiday Lights, Pittsburgh's best winter tradition!

We’re locals who have gone to Kennywood many times in our lives. This year they added a new Halloween event geared toward families with young children, called Happy Hauntings. As a Halloween lover with a child who’s too little for haunted houses, I was very excited for this! It didn’t disappoint! We went on a Saturday, it was my husband, me, our 13-year-old son, and our 8-year-old son. We got there right when they opened and I was surprised at how many people were in line to get in! But the line moved fast. (We used a coupon from the Halloween store for discounted tickets.)

Once inside the park, we were greeted by Kenny Kangaroo in his Halloween costume! The Kennywood Arrow was also there and dressed up, and some other characters who they put out just for the event. (A scarecrow with an adorable crow puppet, etc) We started with some trick-or-Treating in the Kennyville cemetery. (No ghouls, just staff handing out treats.) The kids were each provided with a bag and they got about 10 pieces of candy if I remember correctly. It was a festive start to the day! We then got some delicious popcorn by the Old Mill and walked over to Parkside Cafe to take a hayride around the park. The hayride was narrated and we went past inflatable Halloween decorations while she made jokes (“Dracula’s favorite holiday isn’t Halloween, it’s Fangsgiving”) and it was really cute. Next up was the train ride, decorated with adorable skeleton scenes (the bird skeletons being fed by a skeleton on a park bench was a highlight). Then my husband and teenager went to ride the Jack Rabbit while the little guy and I headed over to the Auto Race and Kiddieland. I assume the Racer will be open for this event in the future, but it was undergoing off-season maintenance this time. When it was time to meet up for food, husband and teen excitedly told us that the Jack Rabbit was a “walk on” today and they had ridden it over and over. Seems like most of the crowd had very young children and spent most of their time in kiddie land. So we ate at the Snackasaurus (awesome sandwiches) and got some fun seasonal coffees in Halloween souvenir to-go cups. Then we all headed over to the Jack Rabbit so the little guy could ride too. We rode it a few times and even bought a souvenir pic because why not, it was a fun memory!

We rounded out our visit with a trip through the little hay maze (for kids) with an awesome Jack-o-lantern archway over the entrance, another ride on the train, some carousel rides, and one more Auto Race. Then the kids stopped by this cool witch/wizard themed shop by the Jack Rabbit and made slime to take home. (I think it was $6.) Took pics with a big Jack-o-lantern by the lagoon. On the way out we refilled our popcorn by the Old Mill. The event only lasted until 4:00, giving the little guy plenty of time to safely leave the park before Phantom Fright Nights started. We all enjoyed it very much and have plans to hit this event again this year!

Some suggestions for Kennywood:
It would have been fun to ride Ghostwood Estate during this event! Also we wished that the Kangaroo had been open to ride. I would have loved some pumpkin foods! Pumpkin funnel cake or something like that. Or maybe a super chocolatey candy covered funnel cake, like Reese’s or something. Maybe some pumpkin soft serve. Halloween foods on sticks...anything festive like that. Looking forward to seeing how this event grows in the future! 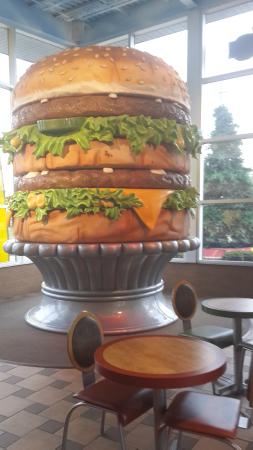 I took my two grand daughters to this restaurant. They played for a while in the play area. I looked around inside and read the history displays about the origination of McDonalds, the history of the Big Mac, and the different advertising and packaging used over time. I really enjoyed the information. My grand daughters were shocked it hear me say that the Big Mac cost only 15 cents. That was in 1968. They were also surprised that I could say "twoallbeefpattysspecialsaucelettucecheesepicklesonionsonasessameseedbun" in less than four seconds. The burgers and chicken we ordered were hot, fresh and very good. It was a really neat experience. 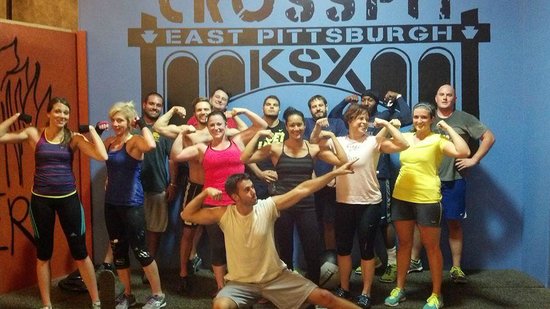 Welcoming of beginners but there are also many levels of both fitness and skill so everyone will be challenged by scalable workouts. Members are very friendly and the results have shown in everyone's strength, stature, and endurance. 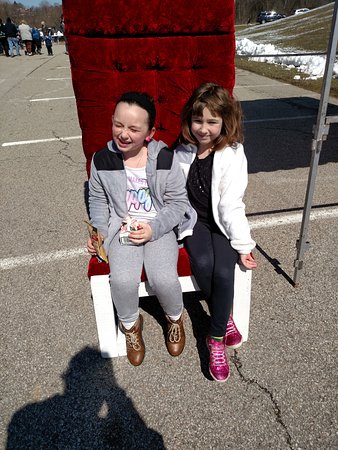 Oak Hollow Park is great for walking with a nice children's playground, A covered pavilion for picnics. They have many activities throughout the year. They have a large 10,000 easter egg hunt a week before Easter