10 Things to Do in Murfreesboro That You Shouldn't Miss

Murfreesboro is a city in, and the county seat of, Rutherford County, Tennessee, United States. The population was 108,755 according to the 2010 census, up from 68,816 residents certified in 2000. In 2016, census estimates showed a population of 131,947. The city is the center of population of Tennessee, located 34 miles (55 km) southeast of downtown Nashville in the Nashville metropolitan area of Middle Tennessee. It is Tennessee's fastest growing major city and one of the fastest growing cities in the country. Murfreesboro is also home to Middle Tennessee State University, the second largest undergraduate university in the state of Tennessee, with 22,729 total students as of fall 2014.
Restaurants in Murfreesboro 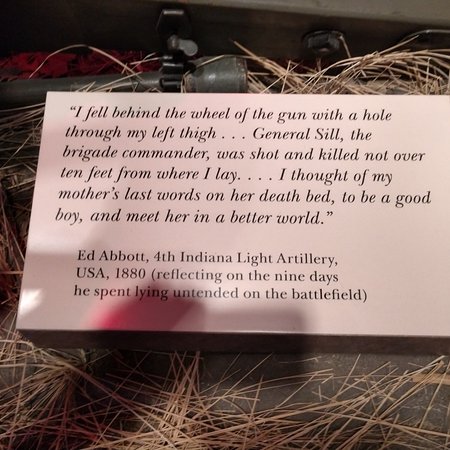 Scene of a significant 1862 Civil War battle fought by 81,000 soldiers for control of middle Tennessee.

My time here started off great, as soon as I walked into the visitors center/gift shop, a volunteer/staff member came up to me and offered to give me a map and explain a little about the area. I didn't get her name, but she was a really sweet older lady. She explained the map to me, although ironically enough I somehow got off trail anyway...lol I chose to walk the park as opposed to driving, because I had been sitting at an expo all weekend and felt the walk would be nice. However, for those not wanting to walk, you can still see the major sites. I found the "Slaughter Pen" to be extremely interesting, and it was quite an experience to be standing where part of a battle was fought and so many died. I had never seen rock formations quite like these and it was easy to envision the way the soldiers used them for cover. After walking the park and seeing all the sights, I walked over to the memorial across the street, and while I cannot remember the name at this moment, there was a sign explaining this was one of the first monuments to be put up to the fallen soldiers. Visited the small cemetery at the monument, and it was touching to see some men going around putting pennies on all the tombstones. When they ran out of pennies they just picked up and used some rocks to make sure every tombstone had something on it. I also walked across the street to the National Cemetery, which was interesting as well. Great place to visit, definitely recommend it. 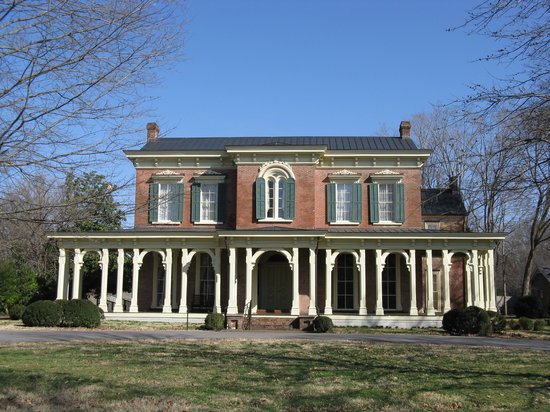 This tour was full of interesting facts that I had not heard on other historic home tours. The house has been kept in amazing condition and is beautiful. The furniture and staging is amazing too. The guided tour only takes about an hour, so it's...MoreHi Tyson M, Thanks for your review; we are so glad that you enjoyed the mansion and collection! Visit again when you are in the area, there's is always something new going on at Oaklands! Best Regards, James Manning, Executive Director 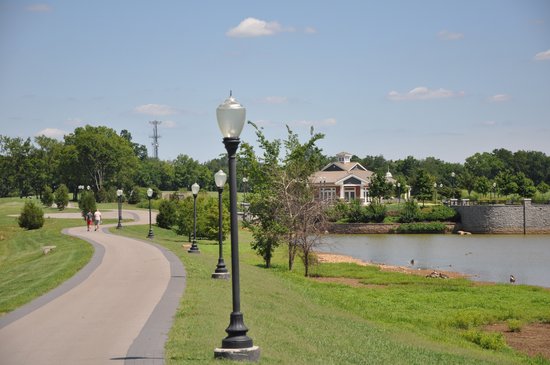 The recently added dog park at the Cason Lane Trail head is very nice. There were several people there in Tuesday during the afternoon, but it was certainly not crowded. The dogs- and their owners- were having a great time. 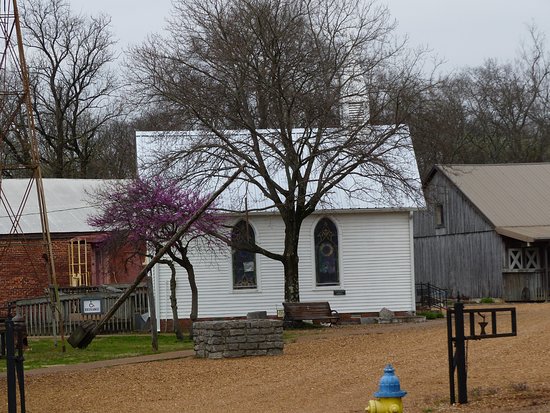 Historic Cannonsburgh Village is located on 6 acres in Murfreesboro, and represents approximately 100 years of rural Tennessee life from the 1830s to the 1930s. The village features a gristmill, schoolhouse, telephone operator’s house, the University House, the Leeman House, a museum, a caboose, the wedding chapel, a doctor’s office, general store, working blacksmith’s shop, a well, and other points of interest, including the World’s Largest Cedar Bucket! The village is open May 1 through Dec. 1, Tuesday through Saturday, from 9 a.m. to 4 p.m. and on Sundays from 1 until 4 p.m. The village is closed December through April, although the grounds are open year-round. Guided tours are available for a small fee, but self-guided tours are free. The Visitor Center has a variety of items for sale including crafts from over 20 local artists, postcards, T-shirts, snacks, drinks and souvenirs.

I went to this location to get a picture of the worlds biggest bucket to add to my roadside oddity collection. I didn't realize there was so much more out there! There is a sign that asks you to visit the gift shop when you arrive, which I reluctantly did. I say reluctantly, thinking of the past places that I've been where they try to make you feel guilty into buying stuff. I was pleasantly surprised. Not only was Bobbie friendly, he gave me a history lesson about the village and never once pressured me into buying anything. I did end up buying a wood carved shotgun for my nephew which was very reasonably priced. Bobbie told me about the different buildings, made sure I had a brochure of the area and told me if I had any questions to feel free to stop back in and he would answer them.

The brochure I was given has the different buildings listed in order but you can go whichever direction you like. I ended up staying over an hour visiting each building and going back in time learning how they used to live back in the 1800's. There is a beautiful little (Williamson) chapel, a grist mill with a water wheel, an old one room schoolhouse, an early 1900's telephone building. Apparently back then they worked all hours of the day & night so they had a bed set up beside the switchboard. I couldn't imagine being woken up by someone wanted to be connected to someone else.

There is a lot to see, a lot of history to look at, from the buildings to all the items inside. I will have to go back because there were a few buildings and items I didn't get pictures of. They close at 4pm, which I left after this time. I was never rushed to leave but I clearly did not anticipate spending as much time out there as I did. It is definitely worth it though. I will be going back in a few weeks to take my mom to visit and to get the rest of the pictures.

There is no charge to visit but you can leave donations if you would like. 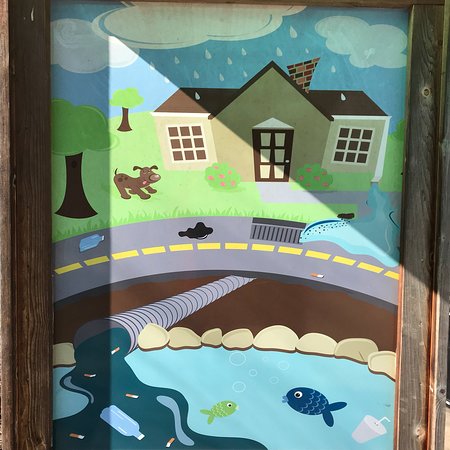 The Discovery Center has many activities for creative and curious minds. The Science of Music is running right now. There are loads of interactive displays with instruments. The kids loved all the indoor activities, the moms loved the outdoor scenery. The park is beautiful. They have ducks, geese, turtles, and beavers living there. If you look closely you can find some of them. There are many paths to walk around on and enjoy the outdoors. There is also a sand box outside and some wonderful gardens. The rainbow garden is in bloom right now and it’s beautiful.

The only thing I didn’t like was the complete lack of respect and laziness of some of the other visitors. I lost count of all the plastic bottles and rubbish in the wildlife areas. It’s heartbreaking. I picked up what I could but people should be more responsible. There are no excuses for this ignorance. This doesn’t reflect on the Discovery Center because I certain it was the rude guests. 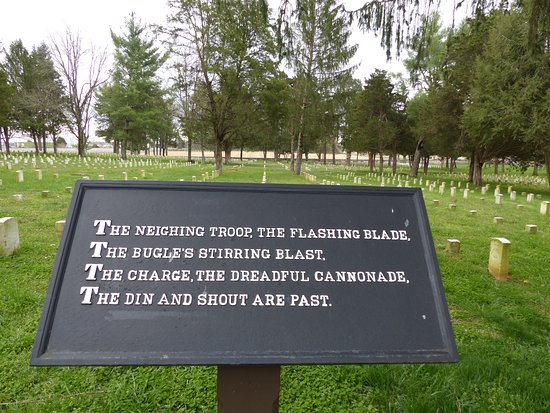 Cemetery honoring those who died in the Civil War.

This is a lovely national cemetery. Well maintained. Headstones are fairly typical of Civil War-era cemeteries with many unknown graves. There are plaques placed throughout the main drive with stanzas from the Bivouac of the Dead by Theodore O'Hara. There is also a rotunda in this cemetery, however it is a reproduction of one that was there originally. 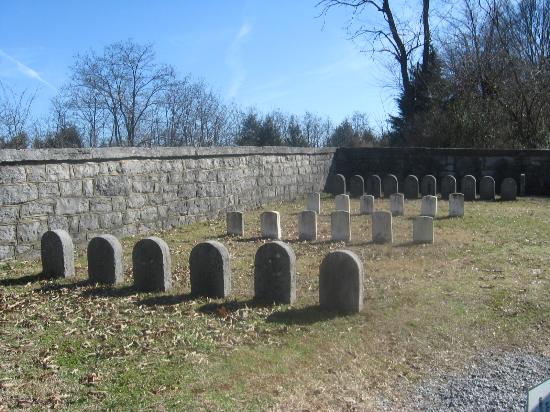 This site is across the road from the main battlefield. There is a small monument a short distance from a parking lot. Inside the monument are several headstones and just outside the stone wall are 2 others. There are several information signs along the way. If there is a lot of rain you might have a wet walk to the monument. The sidewalk is in part of a low spot and will collect a lot of water. All in all, a good place to stop for a history lesson. 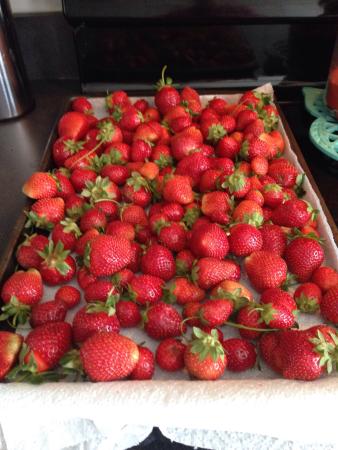 I have been picking berries here for the past four years and they are wonderful. The patch is clean and the black plastic keeps the number of weeds to a minimum. The berries are big and sweet and it doesn't take long to fill a bucket----even while eating a few while picking!

9. Center for the Arts 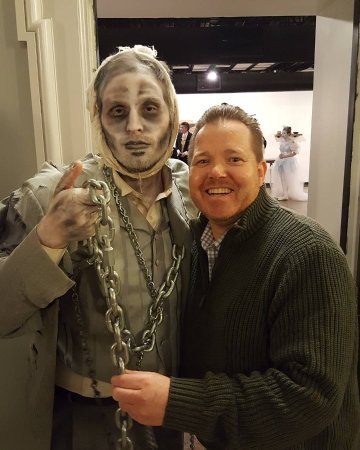 The mission for the Center for the Arts, Inc. is to enhance the quality of our community by providing a variety of arts and opportunities which will educate and entertain people of all ethnicity, ages, and income levels. The Center for the Arts will advance art awareness through quality theatrical productions, musical performances, art exhibits, educational programs, life-long learning and communi

The Center for the Arts building is a gorgeous old post office building. It is cool how they have kept the 100 year old architectural vibe while renovating the inside to include a theater and a small gallery. The show we saw last night - A Few Good Men - was excellent. My expectations were definitely exceeded. The gallery had a fun display of pop art. Picking up will call tickets was hassle free. I suggest parking at the bank across Church St. from the theater- there are ample spots after closing hours. 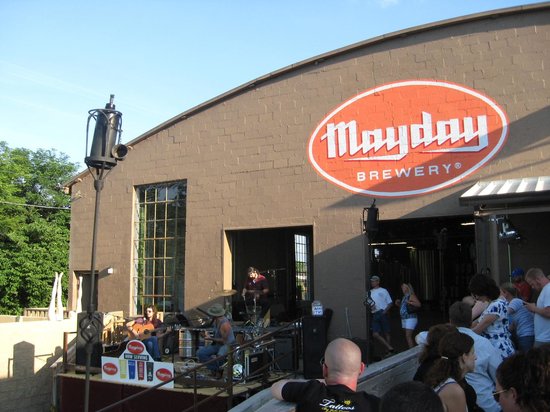 At Mayday, here’s what we are about: • We want to make a quality product without taking ourselves too seriously. We make beer. We don’t perform open heart surgery, or transport nuclear waste; there is no reason to get uptight about it. • We want to make beer that you can drink more than one of. • We are a venue for great live music, in our tasting room, in the brewery, and outside when weather permits. • When you come to our brewery, we want it to be an experience. • We opened the brewery to have fun and make friends, and hopefully someday make some money. Love the people, love the beer!

Let me start off by stating - the beer here is delicious, but the fun is in the tour... If you show up to one of the 3 tours on Saturday you will most likely shown around by Ozzy the owner of the brewery and he is a hoot - I really can't explain how it goes because it's all over the place but that's part of the charm. It's $12 a person to do the tour and you get a free glass per person which changes every few months (so more incentive to come do it all over again). The tour is R rated and it might be a good idea to eat beforehand as you get to try 4 different beers during it - your glass is never empty for the 30-45 minutes of the tour. The brewery itself usually has a food truck and a lot of seating to enjoy after you get done - I will be back!