10 Things to Do in Mount Pleasant That You Shouldn't Miss

Mount Pleasant is a large suburban town in Charleston County, South Carolina, United States. It is the fourth largest municipality and largest town in South Carolina, and for several years was one of the state's fastest-growing areas, doubling in population between 1990 and 2000. The population was 67,843 at the 2010 census,, making it the largest South Carolina town by population in that census. The estimated population in 2014 was 77,796. At the foot of the Arthur Ravenel Bridge is Patriots Point, a naval and maritime museum, home to the World War II aircraft carrier USS Yorktown, which is now a museum ship. The Ravenel Bridge, an eight-lane highway that was completed in 2005, spans the Cooper River and links Mount Pleasant with the city of Charleston.
Restaurants in Mount Pleasant 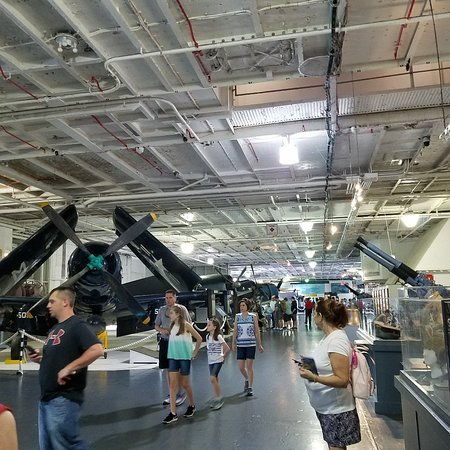 The history of Patriots Point Naval & Maritime Museum began in June 1975 when the legendary aircraft carrier USS Yorktown entered Charleston Harbor. A few months later, the USS Yorktown was dedicated as the first ship of the Naval & Maritime Museum on the 200th birthday of the United States Navy. Patriots Point Naval & Maritime Museum was officially opened to the public on January 3, 1976. Today the museum consists of the aircraft carrier USS Yorktown (CV-10) with 29 aircraft on display from WWII to the present; the USS Laffey (DD-724), a Sumner-class destroyer; and the USS Clamagore (SS-343), a GUPPY III submarine. The Congressional Medal of Honor Society is headquartered here and their official Medal of Honor Museum is onboard the USS Yorktown. There is also a Cold War Sub Memorial and Vietnam Support Base Camp on the surrounding grounds.

We booked a USS Yorktown/Fort Sumter combo ticket through fortsumtertours.com. If you are planning to visit both you save a little money by booking the combo ticket.

As for the tours, both are a must if you are in the area. Despite the ticket issues I still recommend to see. 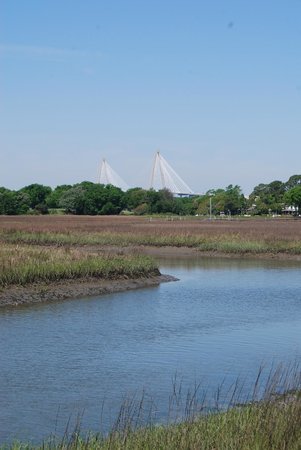 The most picturesque waterway in the Lowcountry. Revel in glorious sunsets over Charleston Harbor as you enjoy a stroll on the docks.

A fun place to walk along a nice long boardwalk, watch the birds, maybe some small craft boating activity and definitely a place to enjoy (and photograph) some great shrimping boats! Some areas are gated and are private access to the shrimp boat owners however you can still get a wonderful view of the boats from the public sections. Joggers and dog walkers were there the morning I stopped - very friendly and personable. Don't miss this great park if you enjoy some water views and a lovely board walk 'tour' of the area. Several restaurants are close by if you are looking for a cup of coffee, a bite to eat or a cold beer. 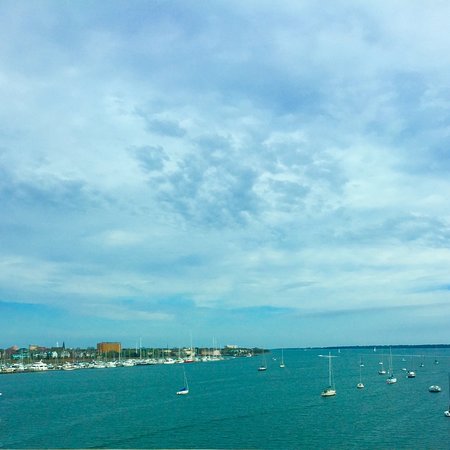 Called the crown jewel of Mount Pleasant, Memorial Waterfront Park offers more than just your average park. Located under the grand entryway to the town, at the base of the Ravenel Bridge, this park has plenty of lawn for enjoying family picnics, a nautical-themed playground modeled after the bridge that provides shade and the boats that pass by in the harbor, and soft-serve ice cream from the River Watch Cafe. The cafe offers beautiful views of Charleston Harbor and a 1,250-foot-long pier where you can sit and swing a while. Memorial Waterfront Park is also home to the Sweetgrass Cultual Arts Pavilion, War Memorial and Visitor Center.

This area has free parking, you can walk across the bridge from here. The pier has swinging benches and lot's of room for fishing. There is a gedunk on the pier that sells fishing requirements, souvenirs, food and beverages. I ate at the gedunk and the chow was good a fairly priced. There is a nice playscape for the kids with a bridge theme to it as it is beneath the longest cable suspended bridge in the U.S. Over 550 people gave this spot a good rating 2 didn't. I feel sorry for the 2. 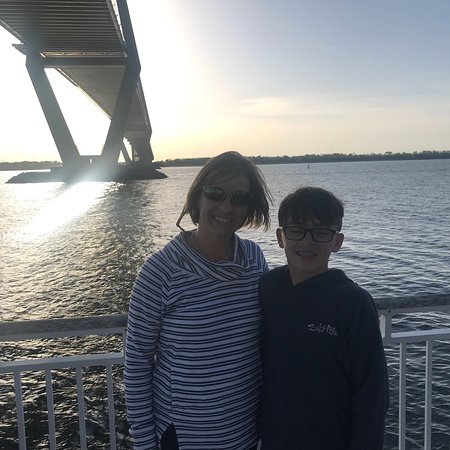 Part of the Memorial Waterfront Park complex, the 1250-foot long Mount Pleasant Pier stretches out into Charleston Harbor under the foot of the Arthur Ravenel, Jr. Bridge. The pier's foundation was created from pared-down pilings from the old Silas N. Pearman Bridge. One end of the pier features an 8,100-square-foot covered pavilion for hosting dances and other events. Visitors can enjoy beautiful views of the bridge and harbor from the pier's bench swings and shade structures. Pier Features - Fishing - Gifts and souvenirs - Made-to-order sandwiches, ice cream, fruit smoothies, and more at the River Watch Cafe and Gift Shop - Special events - Swings, picnic tables, and rocking chairs - Tackle sales and rod rentals

The pier is a nice, place to make a short stop - especially if visiting Patriots Point. Sunset views from the pier are spectacular. Plan on spending about an hour to visit the park and walk the pier. For fishermen, the small gift shop on the pier rents poles and has a variety of baits available if you wish to try your luck. 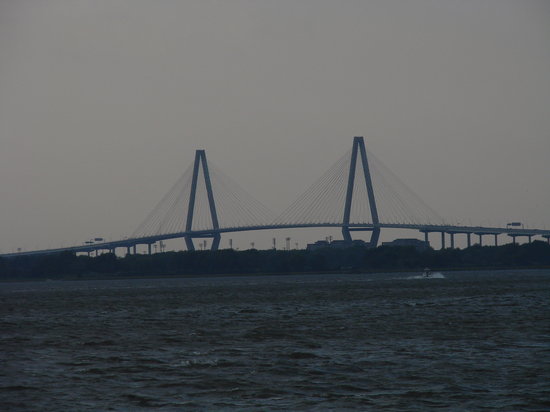 What a great addition to the Charleston skyline. The bridge is beautiful as well as functional. Driving across it, you do not even realize you are on a bridge. 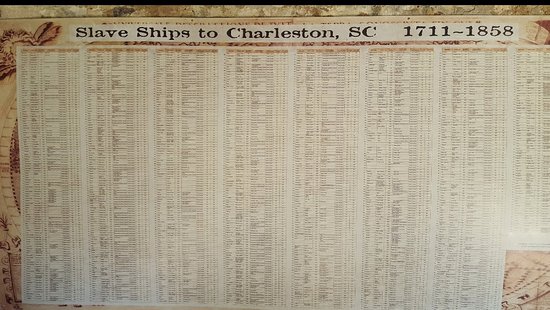 The allee of live oaks and the slave quarters are period, but the house is a revival home built to celebrate the old while incorporating the new. And well-worth a visit. Well-kept garden area in front of the house. If you've seen The Notebook with Rachel MacAdams and Ryan Gosling, you've seen some of the house. Other movies were filmed there including scenes in North and South. A cool morning is best.

7. Cathedral of Saint John the Baptist 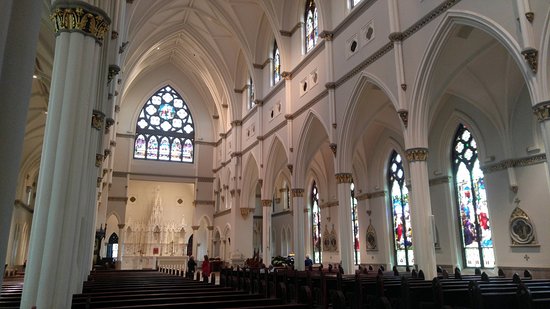 What better way to see a Cathedral like St John the Baptist than to attend a Mass on Easter Sunday. The Gothic architecture is stunning with the stained-glass windows, the columns and the vaulted ceiling. The organ filled the church recesses with music. The incense filled our nostrils a unique familiar smell. The message about Jesus rising from the dead for our Salvation was alive and well on this Easter Sunday for Christians everywhere. Even if there is no service going on, this church is worth a visit to see the architecture of the European churches. 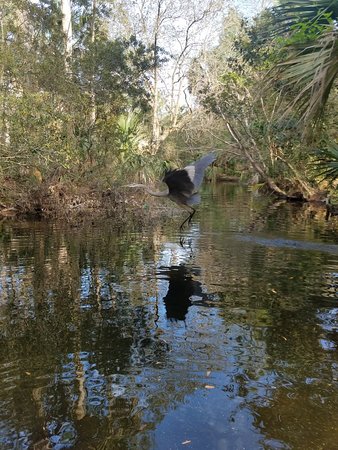 I stumbled on this county park when I was looking for somewhere to take my four boys to play after visiting the Charles Pinckney National Historic Park site, it's only about 1.5 miles away (same distance from Boone plantation, also).

$2 per person entrance fee to enter the park itself.

There is a large and wonderful playground - a huge tall structure for bigger kids and a smaller one for the littles. Swings and spinning and climbing toys. Many picnic tables right next to the playground that have a screen above to catch tree debris. A short walk down the boardwalk away there are nice, clean bathrooms, a snack bar and paddleboat rentals (we didn't do this but saw other people that had).

There are hiking trails, a large field for playing games and a short hike from the playground is an "observation tower" that doubles as a playground - my kids loved this the best! The views from the top were of marshland and scrub, pretty cool.

There is a waterpark here also, that hadn't opened for the season yet when we were here but it looks like a lot of fun (for an additional fee).

The whole park feels so remote and tropical, like you're in another world. The only thing I could complain about was that the squirrels were really anxious to steal our food whenever we left the table :) But that's it! Otherwise this park was a total winner for my crew!

We loved the tour and our guide, Dave, was a wonderful historian. He gave such great detail about the history of Jewish people moving to America, and specifically Charleston. This tour was one of the highlights of our weeklong trip. Our toddler also was pretty annoying the entire time and the tour group was gracious and forgiving. 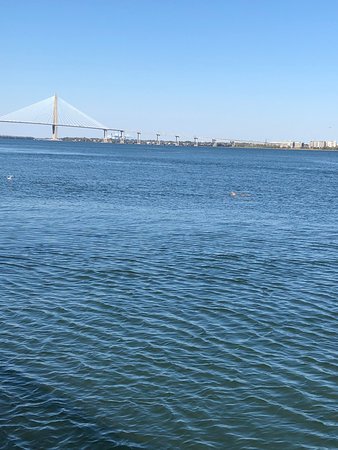 This is such a beautiful bridge to see from afar, or drive over. We happened to be here for the Copper River Bridge run, scores of thousands of runners, walkers, moms with strollers and the like, get to congregate first thing in the morning and pass to the other side, from Mount Pleasant to Marion Park in Charleston. Charleston is blessed to have this landmark.