10 Things to Do in Marion That You Shouldn't Miss

Marion is a city in and the county seat of Crittenden County, Arkansas, United States. The population was 12,345 at the 2010 census, a 38.7% increase since 2000. The city is part of the Memphis metropolitan area. It is the second largest city in Crittenden County, behind West Memphis.
Restaurants in Marion

Offers the flavor of Arkansas and Tennessee. Interesting place with dog racing and slots. Smokey in spots and occasionally clear air. Actually a must do for a visitor. Lots of fun. A bit seedy and tacky. Along with music and barbecue in Memphis you can watch the dogs run. 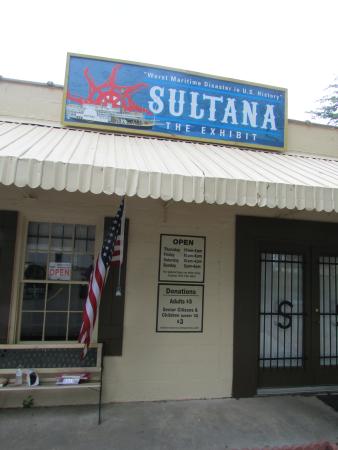 We live in Memphis TN and had heard a little about the Sultana Disaster but not much. I took my parents to visit and we watched a short, informative film about what happened and then the very kind and knowledgeable museum guide a answered our many questions and we looked at all the displays and learned a lot. The museum looks very small from the outside but has a lot to see on the inside. Very enjoyable. 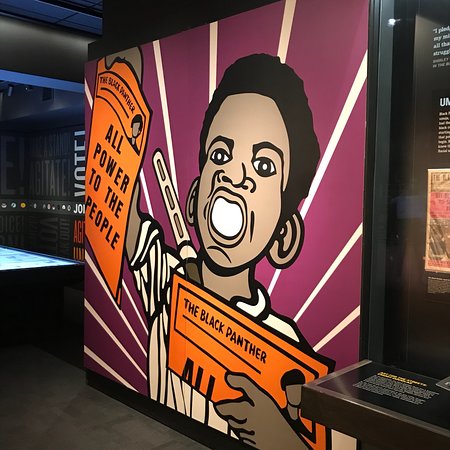 At the place of Dr. Martin Luther King, Jr.'S death in 1968 in Memphis, TN, the National Civil Rights Museum is a renowned educational and cultural institution. The Museum chronicles the American Civil Rights Movement with compelling presentations of iconic exhibits, oral histories of lesser-known civil rights foot soldiers, and visceral, in-the-moment experiences. Visitors will learn through emotionally charged, multi-user, multi-touch interactives, and a visually engaging, contemporary exhibit design that guides you through five centuries of history. Bring the whole family.

Every year my kids learn about and celebrate MLK, but really only touch the surface of what he and so many others did for more equality in this country. This is a fabulous museum with a monumental amount of information available at your own pace and depth. There is so much to read and learn, but at the same time so much to see and listen to that younger ones can absorb the movement without the details on the placards. I would recommend this museum for ages 10 and up. Lots to talk about and discuss afterwards.

Go early as it was a bit crowded at midday on a Wednesday, but it was spring break and only a week before the 50th anniversary of his death so crowds may have been heavier than usual. 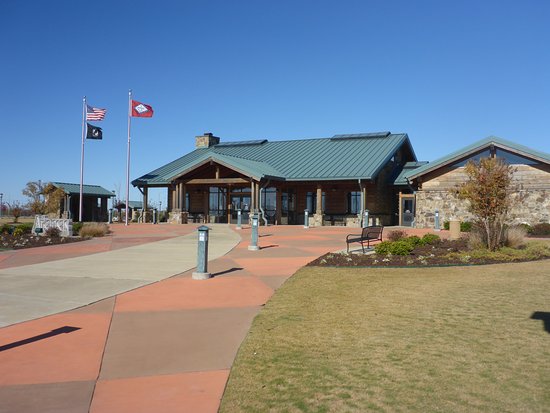 Bravo to Arkansas for the awesome welcome centers! great, clean bathrooms, informative displays (I can now tell you 6 famous people from Arkansas) cute kids area, welcome puzzles to take a break from the road and friendly folks... I genuinely cannot remember a reststop that I've ever been to that is half this nice. 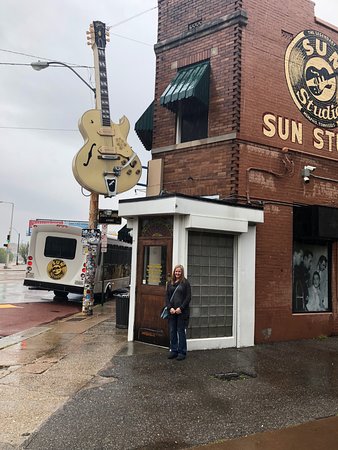 Sun Studio - The place where an 18 year old Elvis Presley recorded his first song. It’s well-known in the music industry as "The Birthplace of Rock 'N' Roll" and the most famous recording studio in the world. Opened by rock pioneer Sam Phillips in 1950, this national Historic Landmark is where superstar musicians like Elvis Presley, Jerry Lee Lewis, B.B. King, Howlin' Wolf, Johnny Cash, Roy Orbison and countless others started their recording careers. Today, Sun Studio still serves as a recording studio in the evenings while hosting public tours during the daytime hours.

The Sun Studio was on our list of must see in Memphis. We had an exceptional tour guide, Graham, who was personable, knowledgeable, and also talented! Learned more history of Sun other than what I knew of Elvis and Johnny Cash recording there. Would definitely recommend for any music lover. 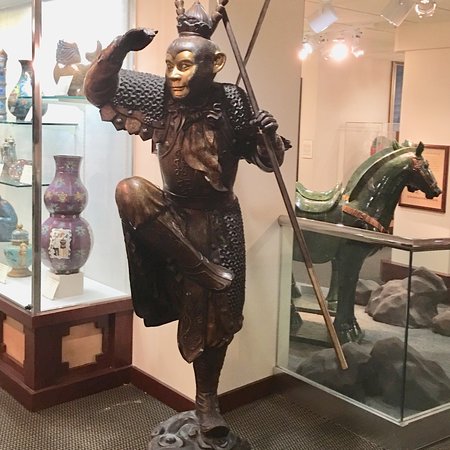 One of the highlights of my week in Memphis. Great small Museum, almost hidden away on Main St with an extensive private collection of Chinese/Japanese art, mostly Jade. Learned a lot about the different types/colors of Jade that I never knew existed. Also a moving exhibit of Judaic Art and Holocaust stories by local residents. 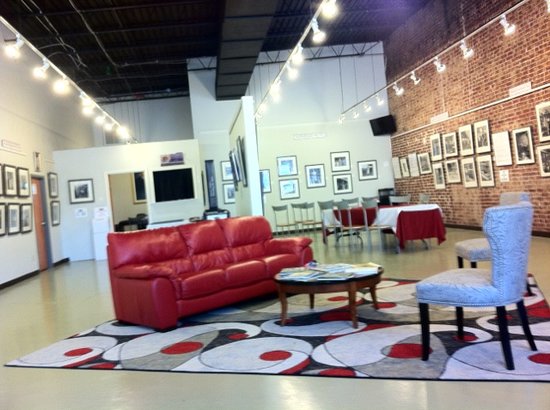 The Withers Collection Museum and Gallery houses and displays the collection of photographs taken by Ernest C. Withers, a prolific photojournalist who captured Memphis history for over 60 years.

Walking around on Beale Street, we wandered into the Withers Collection Museum.

Dr. Ernest Withers as the photojournalist who visually launched the civil rights movement with his coverage of a 1955 trial having his photos published nation and world wide.

Also included are photos of an early Elvis Presley and the King of the Blues, B.B. King.

In the back hallway is a picture of Dr. King composed of hundreds of King photos.

This was a pretty long review but this was an amazing stop and I really wanted to share. My family and I attended a game here 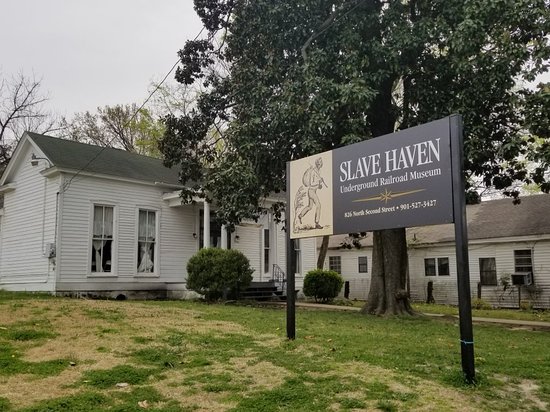 Visitors can tour the tunnels used by runaway slaves who stopped at this plantation, one of the stations of the Underground Railroad.

Be sure to include this on any trip you make to Memphis. It is well presented in the original home owned by a prominent Memphian in the 1800's. The house was used as an underground railroad stopping point for slaves escaping to the north and Canada. The tour guides are passionate and well informed and make the story come alive. Everything in the house is from the period and the house has been beautifully preserved. The two oldest Magnolia trees in Memphis still stand in front of the meager house.
It is a bit off the beaten path, but well worth the time, effort and $12 ticket. 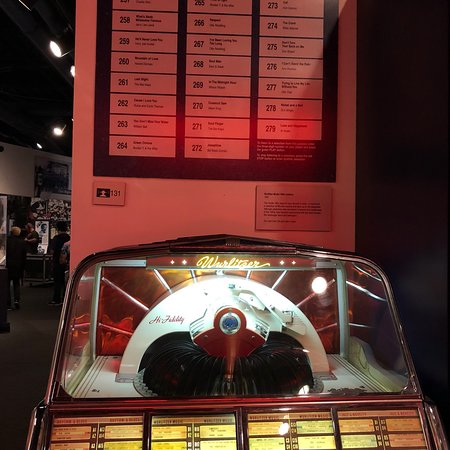 Chronicling the artists and the music that shaped the legacy of "Memphis Sound," this museum features the Smithsonian's "Rock 'n' Roll: Social Crossroads" exhibition.

Great museum to explore the music history of Memphis. First, you will learn about music’s day to day role in the working day of workers in the south. You will see a variety of musical instruments like radios, jukeboxes, and recording equipment. Several exhibits allow you to listen to a variety of songs that were recorded during the 1920’s - late 60’s. You will learn about recording studios, recording artists, and cool artifacts like stage clothes and props. Very informative and interesting!