Top Things to do in Mankato

10 Things to Do in Mankato That You Shouldn't Miss

Mankato (/mænˈkeɪtoʊ/ man-KAY-toh) is a city in Blue Earth, Nicollet, and Le Sueur counties in the state of Minnesota. It is Minnesota's 22nd biggest city. The population was 41,044 according to 2015 US census estimates, making it the fifth largest city in Minnesota outside the Minneapolis–Saint Paul metropolitan area. The county seat of Blue Earth County, it is located along a large bend of the Minnesota River at its confluence with the Blue Earth River. Mankato is across the Minnesota River from North Mankato. Mankato and North Mankato have a combined population of over 53,000, according to the 2010 census. It completely encompasses the town of Skyline. North of Mankato Regional Airport, a tiny non-contiguous part of the city lies within Le Sueur County. Most of the city is in Blue Earth County.
Restaurants in Mankato 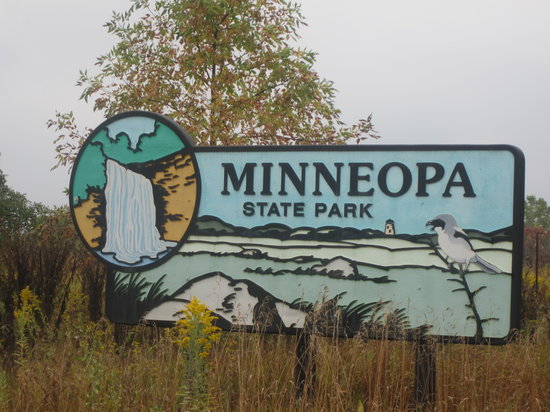 When in Mankato last weekend visiting our daughter at Minnesota State University – Mankato for family weekend, we went out on that beautiful Sunday afternoon for a drive and stumbled upon this park, so we decided to go in. We walked around hiked down the stairs and over to the falls and took some pictures – a nice setting and nice view. Then we walked back up and got in her car and drove to the bison reserve just down the road. Very nice grounds – a perfect place to have a picnic or small group gathering at one of the outdoor shelters. 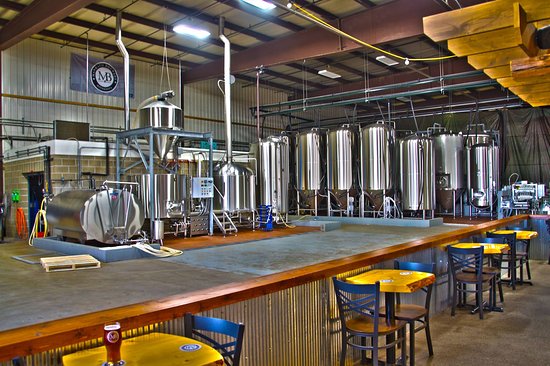 I'm not that into beer tasting but my husband is. He very much enjoyed his beer flight and they have pop (I think they make it) for the kids in a few flavors. You can buy bags of popcorn or pretzels but it's really just...MoreSo sorry if something went wrong to get a 3-star. We strive for better. As a brewery taproom we like to keep the focus on our beer in a friendly space. Hope to see you and your husband again in the future. ~Tim 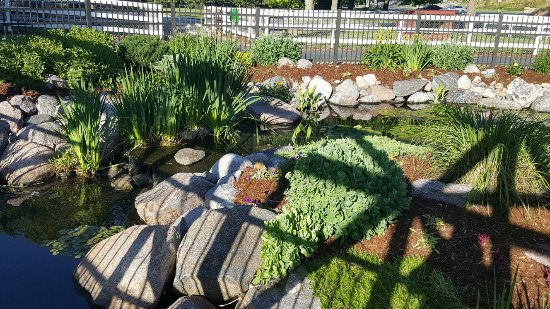 Such a fun park and small zoo in one! It is hands down our 3 year old's favorite park in the area. Bring a few quarters to feed the animals and a picnic for your littles and make a fun day of it! 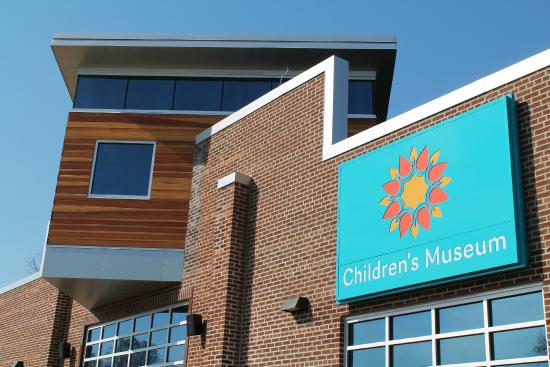 The Children's Museum of Southern Minnesota is full of opportunities for discovery, development, and hands-on play. The Museum is many things: a mission, a place, and an organization -- but it is entirely devoted to serving children, families, and the greater community. Settled at its fantastic location in downtown Mankato, Minnesota, the Children's Museum of Southern Minnesota features exhibits, activities, and spaces to engage all ages. From the Betsy Tacy-inspired Play Porch to the mind-inspiring attractions of the Whiz Bang exhibit, and with a towering Mankato Clinic Tree of Forts Climber so tall that it burst through the roof, there's plenty to do and see -- all within a safe, inviting, and comfortable space. The Children's Museum of Minnesota exists thanks to the support of dozens of businesses, hundreds of families, many wonderful volunteers, and the entire Greater Mankato community. Tens of thousands of visitors have already enjoyed the Museum at its previous locations since 2009. With the continued help and enthusiasm of all who have supported us, we can't wait to put smiles on many more faces -- for generations to come.

Reviewed By Christopher A - Dundas, Minnesota

I visited in June, 2017 with my three children (ages 9, 6, 2). They loved the museum and its hands-on activities. While it's not as large as the Children's Museum of Minnesota in St. Paul, it's also less crowded. The two museums have a few shared exhibit ideas (conveyor belt with blocks, crane, etc.), and the Mankato museum has a few outdoor animals to see as well. Overall, it's a fun stop when passing through the area. Parking is easy and staff is friendly and helpful. 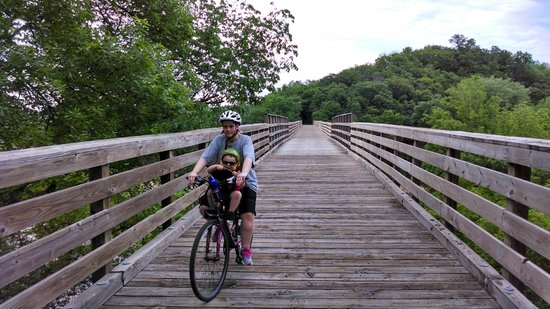 A 13-mile bike trail going from Mankato to Rapidan.

We parked at Mankato West High School by the trail, and leisurely rode for 50 minutes south. The river crossing was beautiful, be sure to take the trestle route. Slightly uphill some of the time, as another reviewer wrote. We are not avid bikers, just casual bikers. We didn't go quite as far as Rapidan, but turned around and made it back to Mankato West in about 40 minutes because it was slightly downhill. About half of the ride was in the woods and shady, much appreciated on a sunny hot day. 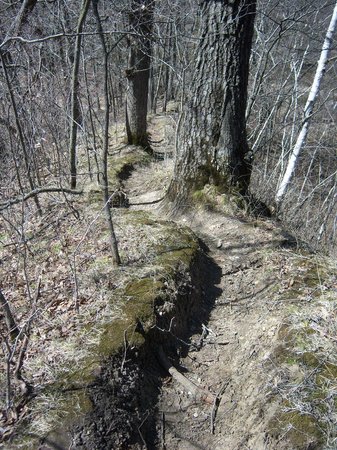 This area is really beautiful, particularly if you can come on a nice fall day. For me, there's just something special about the changing colors, a bright sun against a blue sky mixed in with a view of the water. If you are into photography, you will likely encounter many opportunities for perfect shots here.
The area is easy to get to - just off Highway 169 heading toward the Twin Cities.

Mount Kato keeps getting better. The chalet interior makeover is an attractive, fresh change. There are more specials and promotions than ever. New staff are pleasant and efficient. The best part of this hill are the quality, experienced staff and the extraordinary retention of these employees. And the proximity of the hill to South Central Minnesota. 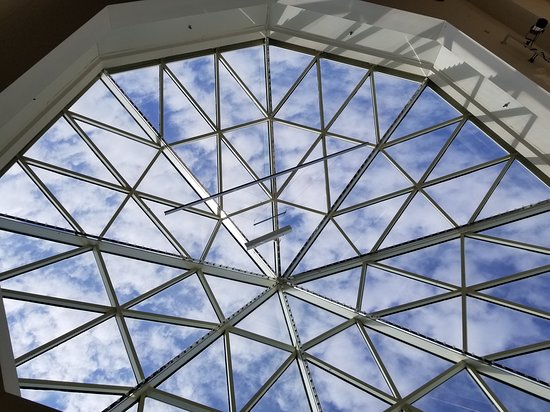 Arrived and entered by the food court....was surprised at the size of the mall. A nice variety of choices. Target is enclosed which i really like! They have a carousel for the kiddies, food choices for hungry shoppers, a movie theater too. Parking was easy and not a long walk inside. A great place to spend a cold winter day/night. 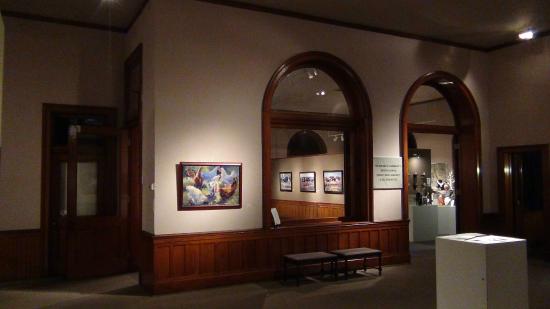 I wandered through the neighborhood I'd just moved to in downtown Mankato, and there it was on a warm fall afternoon. A building full of beautiful works that show off the regional artists' skills and talents. Some of the artists I knew from town but hadn't known how skilled they were! 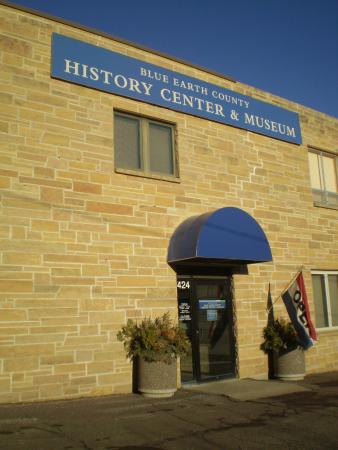 We visited the Blue Earth County Historical Society in Mankato to further our genealogical research into our family roots. Staff were helpful in looking through local records for information, as well as accessing state data bases to help determine where other information might exist. We...MoreThank you for visiting the History Center. We hope the information you found was helpful and the book helped shed some light on the U.S. Dakota Conflict.