Top Things to do in East Wenatchee

10 Things to Do in East Wenatchee That You Shouldn't Miss

East Wenatchee is a city in Douglas County, Washington, United States, as well as a suburb of Wenatchee. The population at the 2010 census was 13,190, a 129.1% increase on the 2000 census. As of April 1, 2016, the Office of Financial Management estimates that the current population is 13,500- but that is only within city limits- much of the town is not within the city limits which hasn't changed for decades though the town outgrew its limits long ago.
Restaurants in East Wenatchee 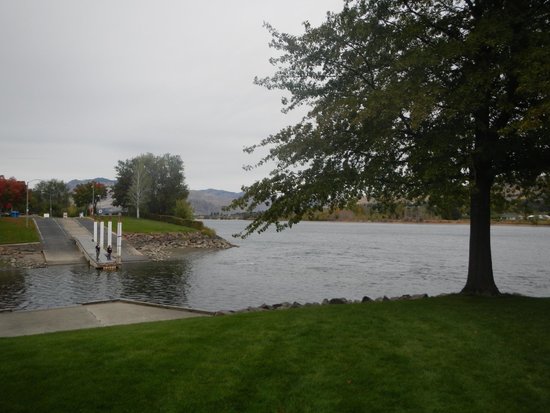 This 87.9-mile bike trail makes for a challenging overnight trip for the experienced biker.

I just rode the ~10 mile loop for the first time this year. I was excited to see that some parts of the trial that had been bumpy from underground tree roots has been fixed and smoothed out. The loop is always clean and a very pleasant walk, run or ride! 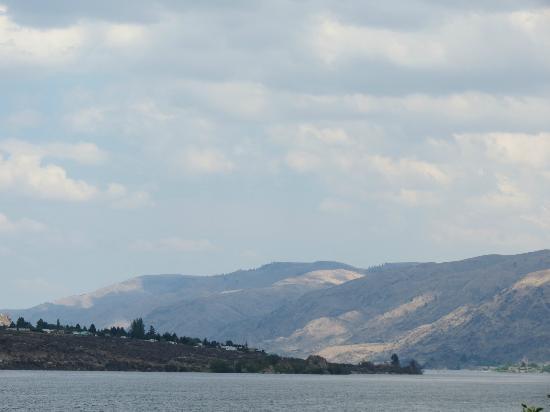 This scenic state park, named for a rock said to resemble Abraham Lincoln, is very popular among local campers.

This is an amazing park on the Columbia River. It's just 15 minutes north of Wenatchee. The range of stuff to do at this park is astounding. There is water access for boats, biking, walking, a playground, horseshoe pits, basketball court, tennis courts, baseball diamond. There is a small grocery store. Numerous picnic shelters and plenty of grassy areas to plop a chair or blanket. There is a nice campground and cabins to rent. We spent the entire day there and definitely would go back! 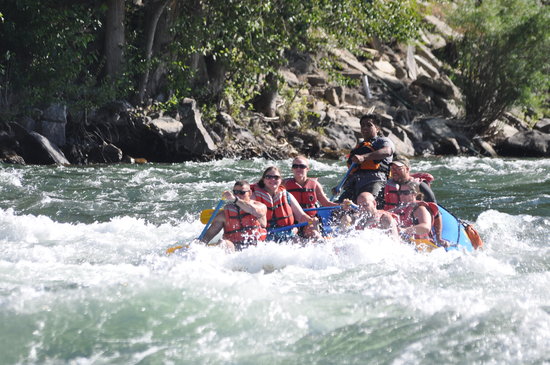 We offer a deluxe on-river basecamp on the banks of the Wenatchee River including camping, a picnic area, a hammock corner, photo booth, restrooms, and in-door changing rooms. We provide whitewater rafting trips on 8 different rivers in Washington State. We have 30 years experience making us Washington State's Whitewater Professionals.

We love River Recreation. Never did a level III+ & were apprehensive but the instruction are clear & we were taught valuable safety instructions. We did the Nooksack on it's last run for the season. Book early since the window of opportunity is slim with the River. 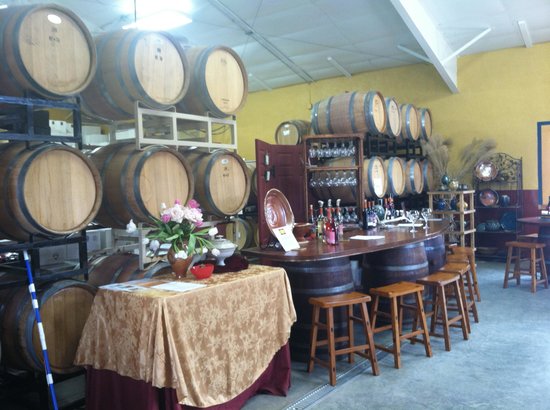 We were just going for a drive and someone mentioned that we should visit this winery. We were being spontaneous and decided to take their suggestion. Just follow the signs and be patient and you will be rewarded. We tasted many wines and ended up buying quite a few. What we liked was that the winemaker wants the wine to reflect the grape varietal that was grown as well as the growing season and terrior - Sorry, I am not saying this well, but staying "true to the grape varietal". They do have a blend called "Aly Kat" that was very good also. It is well worth the trip and the most enjoyable wine tasting that we've been to in a very long time. 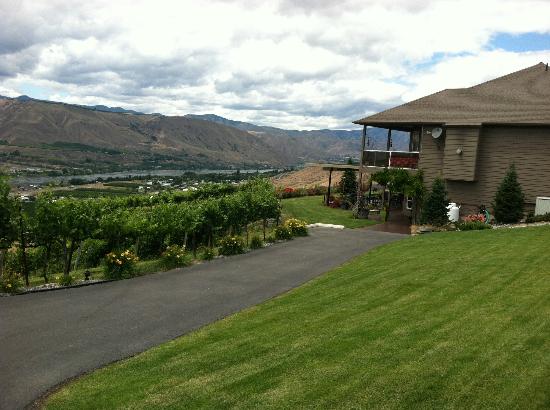 We took the long way home to Seattle from Leavenworth, intentionally visiting this winery. They have great wines and fantastic views of the Columbia River. Visiting during the off season afforded us the chance to meet and chat with owners Mike and Judi. They were outstanding and shared stories about how the winery. Clearly they have a passion for making wines. Their two seating areas are great for tasting the wines and just chilling. Upon arrival when saw a bald eagle fly by, such majestic birds. We left with bottles of Montepulciano (Italian inspired red wine), Viognier, Rose, Cabernet. I highly recommend this winery for a visit. 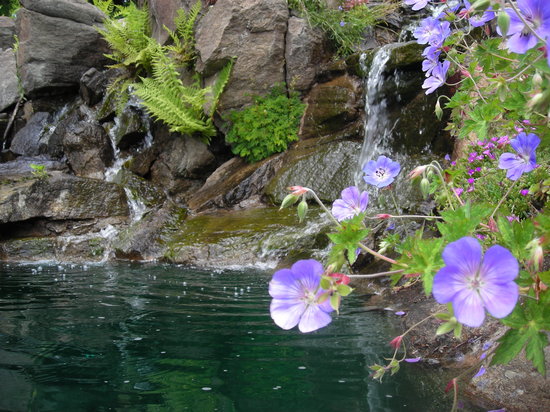 A scenic garden with stone walkways and spectacular mountain views and water features. The gardens were started in 1929 by Herman and Ruth Ohme and first open to the public in 1939. Enjoy a refreshing respite at this amazing evergreen oasis in the heart of Washington State. Nearly a mile of natural stone pathways traverses the hillside gardens, ushering you past breathtaking panoramic views, towering cedars and firs, lush foliage, mesmerizing waterfalls and tranquil pools. Stone benches located throughout the grounds provide ample opportunities to savor the beauty of Ohme Gardens. The average time to tour the Gardens is one hour. Visitors come back time and time again to view the ever changing vegetation in the gardens.

I dragged some coworker here when it was over 100 degrees. I have been here a few times over the past 40 years. It has grown up quite a bit. A surprising oasis of green with nice views out over Wenatchee and the Columbia River 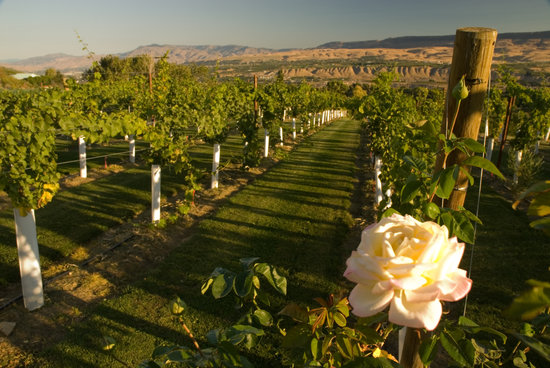 Located in North Central Washington, in the beautiful Wenatchee Valley, our European themed gardens boast scenic views. Come visit our intimate tasting room and enjoy our award winning wines!We think our wines are a personal "message in a bottle" just for you. Our estate family vineyards hang bountiful crops of Cabernet Sauvignon, Merlot, Syrah, Riesling and Chardonnay grapes grown under the Eastern Washington sun. Using sustainable practices to take care of the earth, water and vines, we create elegant wines for your good times and favorite foods.

We drove to Malaga for a Sunday drive and decided to stop in on Saint Laurent Winery. The grounds were very pretty and seemed very peaceful. Very beautiful! Anyway, we tried a few of their wines and found that we really liked one that happened to be one of their specials. We took home a case. Have visited here many times and no matter the season it always makes me feel better. This is an amazing ADA path that is enjoyed by walkers, bikers, joggers, skaters, strollers, dogs and people of all ages. Fantastic views of the Columbia River as well as outdoor sculptures, native plants and even a miniature train that you can ride in the summer months. Add that there are a number of restaurants and you can spend an hour or a day. There is also lots of free parking!

Daroga State Park is popular for camping and for freshwater recreation activities.

A nice walk down from the parking roughly .25-.5 miles. They have large rolling Rubbermaid containers for you to easily bring all the items for camping down to the sight in one trip! Beautiful on-the-water camping with decent fishing! Wanting to escape town without going far? This is your place! 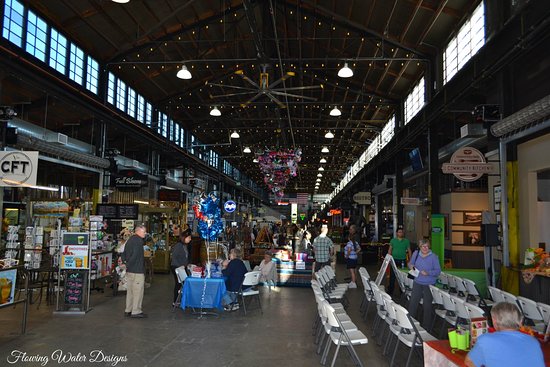 Pybus Public Market is a destination where people gather to experience quality food, goods and services from local businesses. We host over 20 year round tenants in our building plus the Wenatchee Valley Farmers Market and a variety of local artisans.

Reviewed By D B

I live here and go often. Anytime of the year there is something going on. Summer outdoor market, winter indoor craft vendors down the middle. The main businesses are mostly yummy foods, coffees, and some hand crafted items. I love the landjaeger beef sticks at Mikes meats as well as the ground brisket for grilled hamburgers. Ice has yummy sweet and savory crepes as well as gelato. I like to meet friends and order the baked goods and coffee at Cafe Columbia. D'Olivo has the best olive oils and vinegars for yourself or gift giving hands down! The customer service people are fun and friendly and can help you with questions about the area.