10 Things to Do in Chesterfield That You Shouldn't Miss

Chesterfield is a market town and borough in Derbyshire, England. It lies 24 miles (39 km) north of Derby and 11 miles (18 km) south of Sheffield at the confluence of the rivers Rother and Hipper. Including Whittington, Brimington and Staveley it had a population of about 103,800 in 2011, making it the second largest town in the ceremonial county after Derby. Archaeologists trace it back to a Roman fort built in the 1st century AD, but soon abandoned. Later an Anglo-Saxon village developed. The name derives from the Old English ceaster (a Roman fort) and feld (grazing land). It has a street market of some 250 stalls three days a week. The town sits on a coalfield, which was economically important until the 1980s. Little visual evidence of mining remains. The best-known landmark is the Church of St Mary and All Saints with its crooked spire, originally built in the 14th century.
Restaurants in Chesterfield 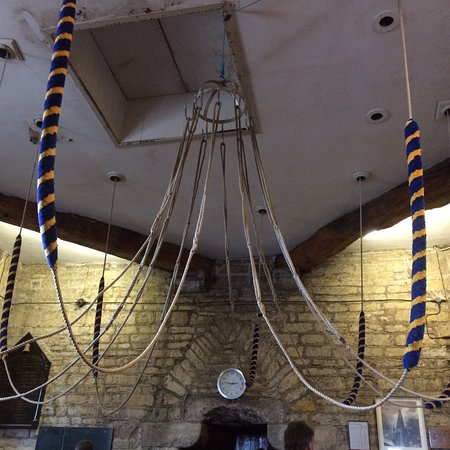 In a small town with only one famous landmark, you should come away impressed, but not here.
The church is easy to find, sitting on the outskirts of town, especially with its unique twisted spite. Hello
Small but tidy graveyard, confirms the town was built around the church and not the other way around.
Something strange about the spire, as it sort of mesmerises you.
Church is free entry but once inside, it is very disappointing, very small and somewhat uninteresting to look at. I enjoyed the small commemorative plaque to deceased local soldiers, but that’s about it.
You can go up the spire for a fiver, but tours are infrequent and the staff weren’t that interested when asked.
Also much discussion on the reason for the spire being crooked; the best story was it happened during an electrical storm and the spire was hit by lightning and this twisted the timbers, to the worst story - oh it was built like that ! 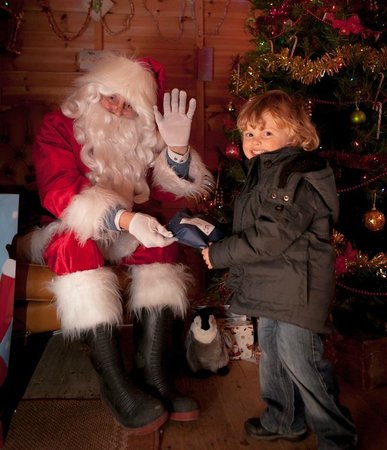 The Denby Pottery Visitor Centre lies on the edge of the Peak District next to our original factory where we have been producing handmade stoneware for over 200 years. Find a great selection of shops and have a bite to eat at Bourne’s Restaurant. Book yourself on a fully guided pottery tour, visit our museum and watch a free cookery demonstration in our emporium. See our website for seasonal events for all the family.Free entry and large free car park. Open Daily (closed 25th & 26th Dec).

We visited factory and associated shops not expecting to spend very much money. However, we found a lot of very desirable tableware at excellent prices and ended up leaving with a large box of purchases. In addition, the food market has some excellent, high-quality food for sale. We spent longer here than we had envisaged, and thoroughly enjoyed the experience. In addition, there is a very large car park. 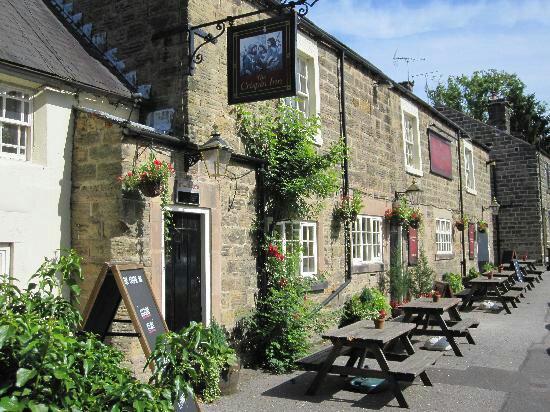 Reviewed By Lindsey I

Just popped in for a taste of real ales. Very nice. Lovely old pub with quite possibly a lot of history attached, according to the large plaque on the adjoining cottage.
Lovely village setting. Will go again to sample more ales and next time the food as well. 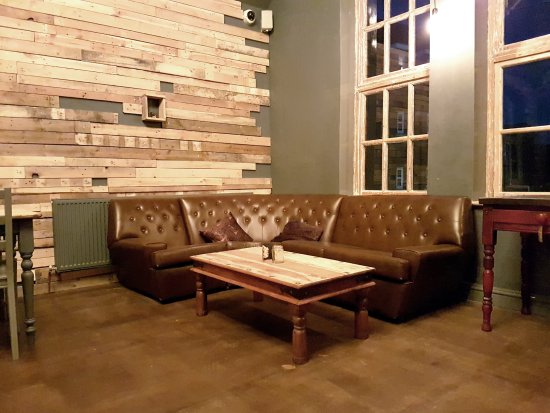 Craft beer and bottleshop, serving Clowne and the surrounding areas. Range of 85 different craft beers/real ales with a rotating 6 keg lines. We also serve wines, prosecco and ciders, as well as a range of soft drinks. If you want any suggestions on what to drink, then please ask either Dan or Adam at the bar who are sure to help you.

Finally somewhere nice to drink in Clowne!
Brilliant atmosphere inside, good range of real ales! Amazing selection of gin!!
Friendly and helpful staff!
Gorgeously decorated inside, a quirky and cool bar!! And also a Seating area outside!
Just what Clowne needed!! Will definitely be returning regularly! We visited here after being recommended by a friend. Glad we took their advice as it's definitely worth a visit. The lake isn't too big and it only took us around 25/30 minutes to walk around it. This included the second part where you have to cross over the road. We walked around twice to make it longer but it's a good option for those with younger children etc who only want a shorter walk. The park is brilliant for children. There is a 'gym' section to it and another larger section with playground equipment which is great. We only had drinks in the café but they were reasonably priced. The cakes/pasties looked good and again the food was reasonably priced. The lady behind the till was friendly and polite. We will definitely be returning soon. I also recommend lunch at the nearby pub 'All Inn' which was beautiful. 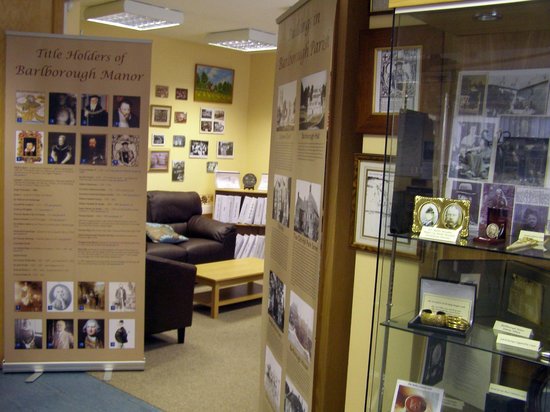 We visited Barlborough to do some family history research. We had contacted Tony at the Heritage Centre in advance and when we arrived he was waiting for us with lots of information.
Nothing was too much trouble. We were taken to the churchyard to see an ancestors grave, and to Barlborough Hall, now a school, to take some photographs.
In the Heritage Centre there was lots of information to help people researching the area or just interested in the history of the village.
We spent a very pleasant morning there and are grateful to Tony for his help.
A recommended facility 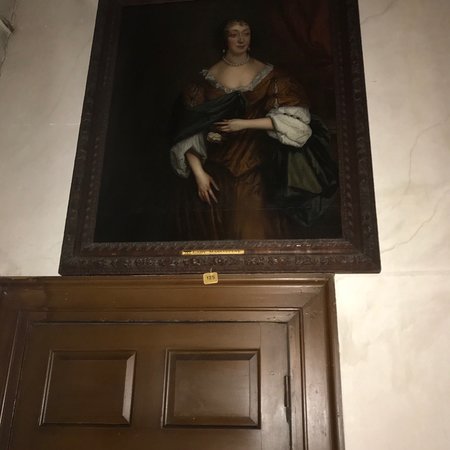 Welcome to Hardwick, whose stunning houses and beautiful landscape have been created by a cast of thousands.It was the formidable Bess of Hardwick who first created Hardwick in the late 1500s.In the centuries since then her descendants, farmers, gardeners, builders, decorators, embroiderers and craftsmen of all kinds have contributed and made Hardwick their creation.We want you to explore and enjoy Hardwick and in the process discover the lives, loves and adventures of the creators of Hardwick.Explore the enchanting Elizabethan mansion, take a stroll in our peaceful Gardens, enjoy seasonal and locally produced food at our Restaurant, get closer to nature with a walk in the Park and much much more.

This is a really well presented building that has not been cluttered up with supposedly related art projects and “themes” that relate vaguely to one of the previous occupants or to the hall. Such installations seem to be the current “fad” in many NHS and Council owned buildings and, in my view, detract from the real beauty of the building. I was really impressed with this building and how the knowledgeable volunteer guides held back and did not try and “ambush” you. A truly wonderful building, well presented and well kept. The park is massive yet the adjacent Gardens are nice and compact but were not at there best, I must confess, which I put down to the severe weather. It is quite a walk from the car park to the entrance if you are mobility impaired but a buggy is provided from there to the house. There are a lot of activities for children in the stable yard which is very big and it is there that a shop is provided for the adults. A Stone Centre is a few minutes walk away from here and there are lots of trails and walks in the park.
I have to say that as a volunteer at a National Trust Property, our restaurant is also a major attraction as indeed it is apparent that this one is too. I am sorry to say that if we run it like these people, it would not be very popular at all. Whist the food looked good and so did the quality and presentation but the service was tardy with miserable and none smiling staff, manifestly not enjoying their work with little interaction with their customers. In addition, there was a temporary pizza stall and a mobile Sandwich bar outside which was very amateurish and very limited. If we run the catering provision like these people, I am afraid our takings would suffer dramatically. The inside of the restaurant downstairs was not clean, not cleared quickly and the seats grubby. I had to keep reminding myself that the purpose of my being here was to judge the building otherwise my rating would be very low indeed. 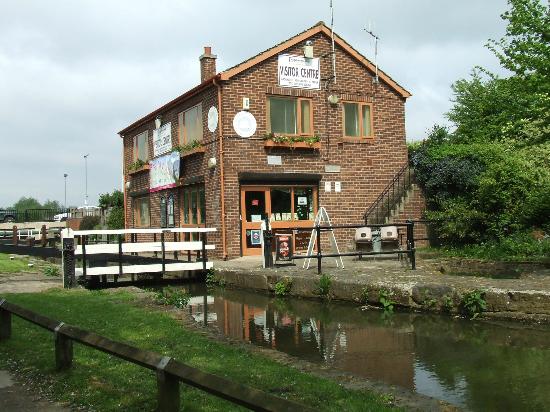 Well worth a visit to this historic place . You can sit out side having a nice coffee and watch the ducks or the world go by. Good walks on well maintained paths along the canal 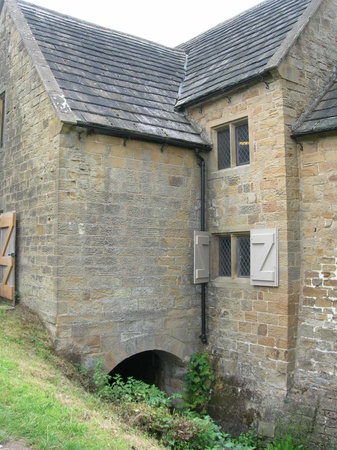 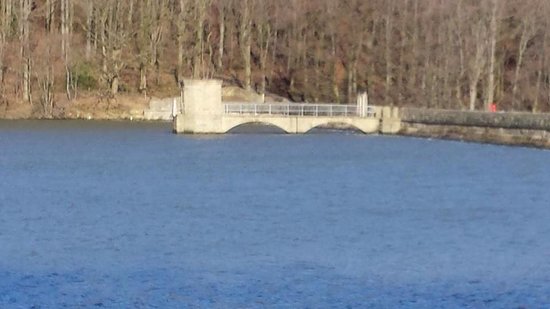 The historic Linacre Reservoirs provide the perfect setting for a quiet, relaxing day out. A network of trails and footpaths crisscross the valley. Visitors can explore ancient beech and oak woodlands or follow the course of the Holme Brook as it cascades down the valley. The peaceful setting means the site abounds with wildlife. Nuthatches, flycatchers and woodpeckers can be seen and heard as they flit among the canopy and kingfishers and mandarin ducks can be spotted around the waters edge. The site is accessible all year round. Car parking There are three small car parks along the main entrance road to the Linacre Reservoirs. Car parking at Linacre costs £1.00 for up to two hours and £2.50 for the day. An annual parking permit for up to two cars costs £25.00.

This is a lovely place to go for a walk whether you are on your own, partnered or in a group.. We usually take the dog with us and he really enjoys the chase about...but as someone mentioned in another review, some people don't clear...MoreHello, Thanks for your lovely review on your walk at Linacre, I'm glad your dogs enjoy the walk/run around too. Despite the doggie mess we hope to see you again soon. Many Thanks :)