10 Things to Do in Champaign That You Shouldn't Miss

Champaign (English: /ˌʃæmˈpeɪn/) is a city in Champaign County, Illinois, United States. The city is 135 miles (217 km) south of Chicago, 124 miles (200 km) west of Indianapolis, Indiana, and 178 mi (286 km) northeast of St. Louis, Missouri. The United States Census Bureau estimates the city was home to 84,513 people as of July 1, 2014. Champaign is the tenth-most populous city in Illinois, and the state's fourth-most populous city outside the Chicago metropolitan area. It is included in the Champaign–Urbana metropolitan area.
Restaurants in Champaign 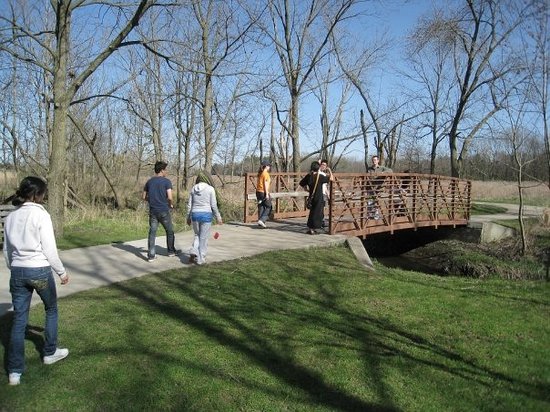 Meadowbrook includes a great playground for young children, a large grassy field for picnics or kites, a wildflower area, unusual sculptures, a meandering creek - but my favorite part of the park is the 80 acre restored tall grass prairie. In summer, grasses are over 6 feet tall! The prairie is ever changing with grasses, wildflower, clouds and weather. I frequently see deer and hear or see pheasants. You can enjoy the paved biking/walking path around the park or dirt paths crisscrossing prairie and woodlands (no dogs in dirt paths). For a natural experience, the park is a gem! 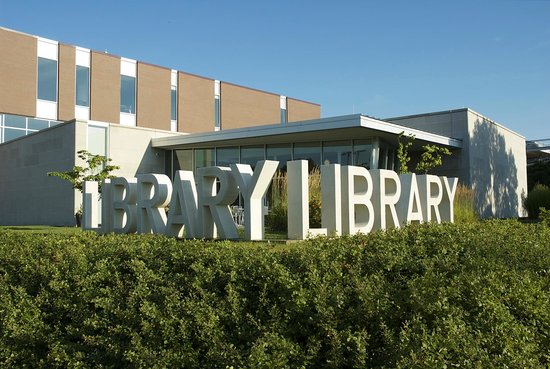 Offers more than you'll ever need. I've enjoyed items that are hard to find from other libraries across the country. I can't praise this service enough. Never expected to be able to request a tape from the Enoch Pratt in Baltimore, Maryland. Staff is exceptional...MoreSo glad to hear that we were able to bring in the items you need when we don't own them. Thanks for your kind review. 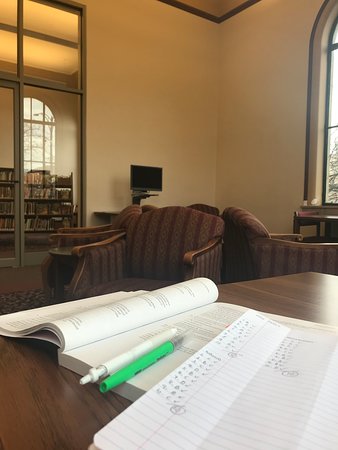 Reviewed By Eunice B - Urbana, Illinois

My children enjoyed going to this library and it just keeps on getting better with age. The librarians are helpful and its just a wonderful library that has a children s library, meeting space, books, periodicals, movies, and even a coffee shop. Its located near downtown Urbana and parking is convenient just feed the meters, ride your bike or park in the garage for free. 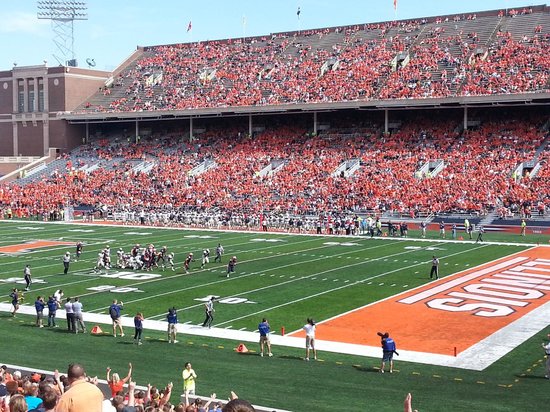 As a freshman at the University of Illinois in 1958, I dreamed of attending my first college football game at Memorial Stadium. Built in 1923 as a memorial to university students who died in World War I, with their names engraved on the 200 columns surrounding the stadium's facade, its U-shaped design was modeled after Harvard Stadium. As an historian, I was aware that Memorial Stadium was where Red Grange scored six touchdowns, including four in the first 12 minutes, as Illinois defeated Michigan 39-14 on October 18, 1924, the day that the stadium was officially dedicated. After recording one of the greatest single-game performances in football history, Grange was called "The Galloping Ghost" by famed New York sportswriter Grantland Rice. This is the stadium where Bob Zuppke coached. This is the stadium where Chief Illiniwek danced. This is the stadium that once had a capacity of 71,227. When I purchased by student season ticket, I specifically requested a seat at the top of east balcony, where I could get a panoramic view of the entire stadium--and see how Chief Illiniwek navigated through the Illini Marching Band at halftime. It was so much fun in those days, during the Dick Butkus era in 1963 and 1964, and it is becoming fun again in the wake of a $100 million renovation that produced a large press box on top of the west balcony, luxury suites, new restrooms, new concession stands, improved concourses, a new scoreboard, a Colonnades Club for major donors and alumni, a statue of Grange on the west side, a tailgating area, a new 5,000-seat student section in the North end zone and a new head football coach in Lovie Smith. Memorial Stadium also plays host to the Illinois High School Association's football championships. As an Illinois graduate, I can honestly say that returning to the campus for homecoming is once again a weekend event to look forward to.

5. Krannert Center for the Performing Arts 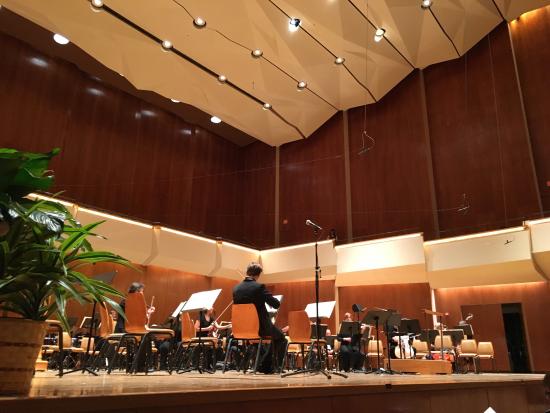 It is amazing how various types of international performing art can merge in this small university town, from Russian ballet to Chinese acrobatics, and to pop music concerts. We students can enjoy high-level drama and shows without traveling to large cities, and also at a very low cost. Love this theater. Had tickets reserved at will-call. They were there and seating was excellent. Show was great. The organist played and when finished the riser came down and the play began. Acoustics were great. Lighting was perfect. House lights came up during intermission. Bathrooms were clean. Concession stand was hopping. People looked happy. I will look for other performances at the Virginia in the upcoming months. Champaign is lucky to have an old (refurbished) relic like this.

The Spurlock Museum’s five feature galleries house exhibits representing peoples of the following cultures and geographic areas of the world: Ancient Mesopotamia, Ancient Egypt, and Africa; Ancient Greece and Rome; East Asia, Southeast Asia, and Oceania; Europe; and American Indian Cultures of North and South America.Special exhibits, based in the Campbell Gallery, serve as a springboard for unique programs, tours, and special events.Through our collections and educational programs, we help interpret the diversity of cultures through time and across the globe.

This museum was packed with period pieces across the ages. Located on the grounds of the University of Illinois at Urbana, it had bits and pieces of historical significance covering a wide range of civilizations.

There were American Indian artifacts, armor and chain mail from the Middle Ages, and statues and frescos from classical Greek and Roman periods.

We'll have to return for another visit when we have more time. 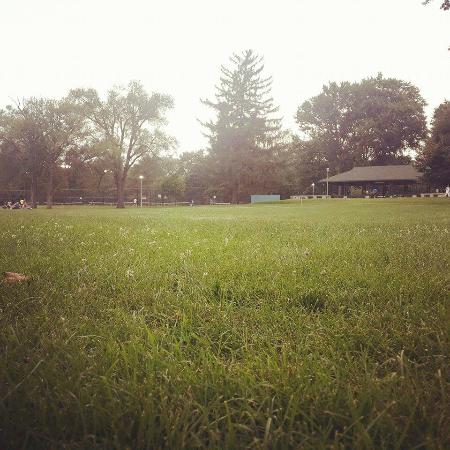 A great place to spend an hour, a quiet afternoon or a pleasant evening. A large pavilion can be reserved thru the park district, or there are smaller shelters and picnic tables throughout. Tennis courts, play structures, fountain for the kids to play in, plenty of trees and open areas great for frisbee or jsut relaxing. A nice sidewalk meanders around the perimeter and there is ample parking on the quiet streets. Just a short walk to the Custard Cup, a must-visit on a summer evening 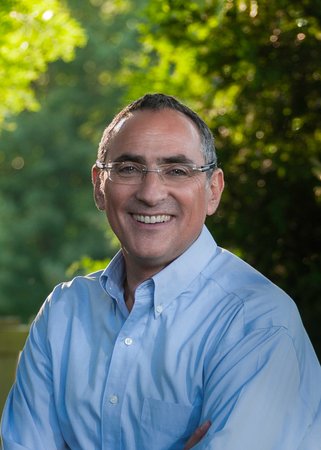 Established in 1979, the Larry Kanfer Gallery exclusively features the photography of artist Larry Kanfer. Located on South Neil Street it is one of the hidden treasures in Champaign-Urbana, where original framed and unframed artwork is displayed throughout five rooms, including an atrium gallery, a University of Illinois Gallery as well as a serene outdoor courtyard. Our space is also wonderful for hosting our opening events, book launch parties, tours, private events and presentations for community organizations. The Larry Kanfer Gallery is open Tuesday through Saturday from 10:00 am – 5:30 pm. During the holiday season (October through Christmas) we are open seven days a week. The Larry Kanfer Gallery is a great place to get away and relax as you enjoy spectacular photography. Our gallery professionals, will listen and help you find the perfect Larry Kanfer artwork for your home, for your office, or for a gift. We are pleased to discuss custom framing or canvas options with you. Our books, calendars, and images make wonderful gifts. Additionally, we offer original portraits by Larry Kanfer, in-studio or on-location. We hope you are enjoying our online gallery (est. 1994) and that you can stop by our gallery in Champaign IL.

Absolutely love what beauty of Central Illinois that Larry Kanfer has captured through his camera lens. From his pictures to his books Larry has complied a wide assortment of pictures that show the viewer what Central Illinois truly looks like, from landscape to street scape....MoreThank you so much for the wonderful comments. We appreciate your enthusiasm for Larry Kanfer Photography and look forward to your next visit! ~The Larry Kanfer Gallery 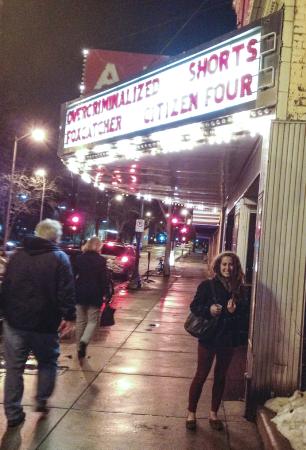 I love this theater. It's in the heart of downtown Champaign, so it's perfect for an evening out. Grab dinner at a nearby restaurant then head over to the theater for a show.
They have an awesome selection of independent movies. They serve alcoholic beverages (if you're of age, of course).
What I love most about this theater is the decor. It's a beautiful, art deco style. Truly a downtown gem.