Top Things to do in Bettendorf

10 Things to Do in Bettendorf That You Shouldn't Miss

Bettendorf is a city in Scott County, Iowa, United States. Bettendorf is the fifteenth largest city in the U.S. state of Iowa and the fourth largest city in the "Quad Cities". It is part of the Davenport-Moline-Rock Island, IA-IL Metropolitan Statistical Area. The population was 33,217 at the 2010 census, and was estimated to be 35,505 by July 2015. Bettendorf is one of the Quad Cities, along with neighboring Davenport and the Illinois cities of Moline, East Moline and Rock Island. The Quad Cities has a population estimate of 382,630. In 2011, Bettendorf was named U.S. 95th Best Town by CNNMoney.
Restaurants in Bettendorf

My buddy and I attended a concert by the Alice Cooper Group on Tuesday, May 13, 2018. The Taxslayer Center is a great venue for concerts. There really are no bad seats! The sound system is crisp snd clear, too. It has good access and a person can move quickly to the exits once sn event is finished. The restrooms are clean, too. It was a great show in a great venue!

2. Family Museum of Arts and Science Exploration is encouraged at this museum.

From the outside it doesn't look like much, but it was so much fun! So much to do for the little ones (we had a 3yo, 5yo, and 9yo with us), we stayed for hours and they were sad to leave. A big favorite was the combine simulator, and another was the Big-esque step piano. They even have a nice-sized outdoor play area in the back. We will definitely return in the summer when the sprinklers are on.

Great way to spend the day! 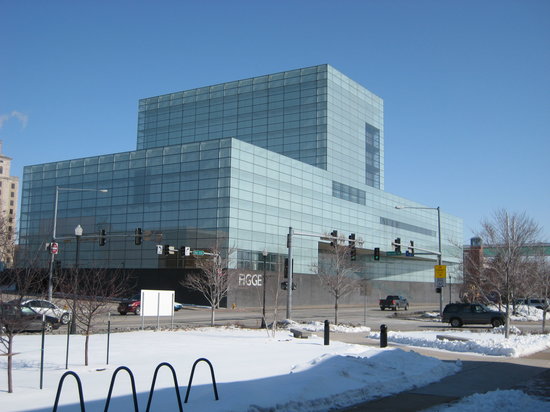 We were very impressed with the lay-out and art. A couple of Picassos, Miro, and other modern masters (not our style but very good) Many Haiti paintings. Five Grant Wood with some memorabilia from Grant Wood's sister, nice old world 15th century Dutch, section on Frank Lloyd Wright, a Moran, a Bierstadt, a Russell. 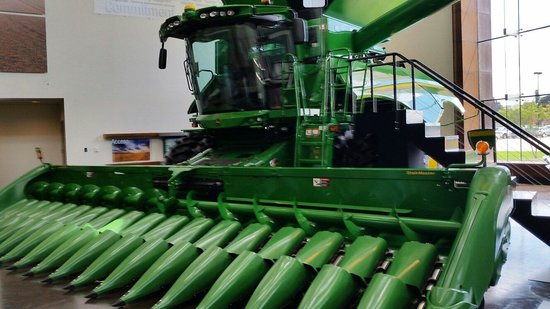 We visited this tour mid August when it was just a few weeks from shutting down for the off season so not all areas were operational & they were cleaning up some areas. However, what we did see was great. Good to see how a harvester starts with a sheet of metal and finishes with a "fully grown machine". After a short film, we were loaded onto 'touring trailers' (for want of a better word), and toured around the factory, with headphones and safety glasses, passing through the assembly and painting areas. For ages 13 and up, I think they said, and as you are taken around on the cart, it is suitable for those unable to walk with ease. Except for the paint area where the painting is viewed from an upstairs platform. Highly recommended but I suggest visiting before August before they start shutting some parts down for the off-time. They start up again in November. There is a small shop for John Deere product purchases but a better range can be found at the Pavilion. Recommended. 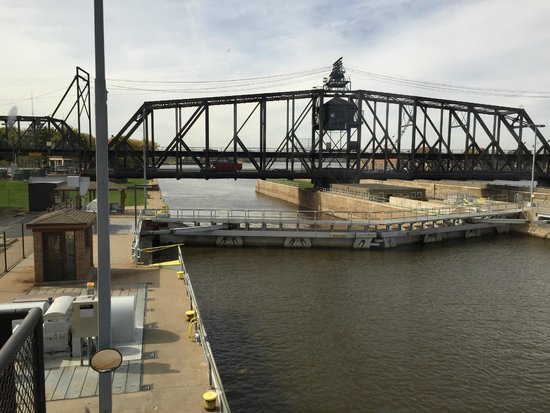 This is where my family is buried, as all have served since the Civil War. This will be my eternal resting place too someday.

My grandfather, Waldo Goetsch, was it's Superintendent. There is a beautiful Confederate Cemetary to honor the PWO's who died here in captivity. We are one Nation under God, indivisible... 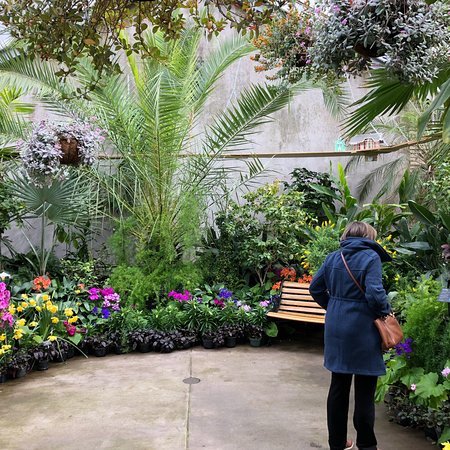 This park and conservatory is an interesting place year round and provides some interesting botanical exhibits. Regardless of the season, there is almost always a flowering plant. The place is great for weddings and receptions, and the staff is easy to work with! 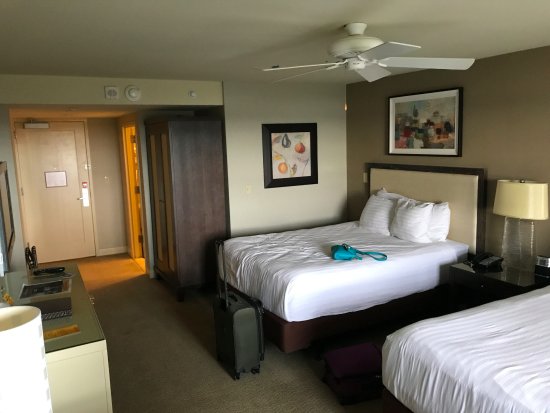 Cheap, clean and comfortable hotel. Right on the river. Rooms were spacious, staff was clueless and just simple there. Casino was average, smokey, filled with old people. Cheap rooms, and just an average place over all. I would recommend when in town. 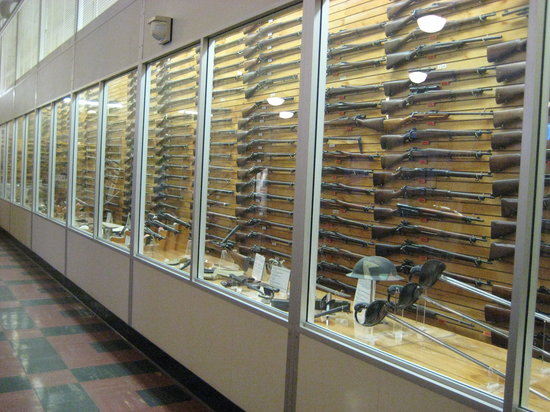 This museum showcases the history of the Arsenal and the armaments it has produced over the years.

Its a working Army Command, so security is tight and requires a background check and residency in the US. My Vietnamese wife could not enter when we first visited last year before our marriage because she was traveling on a tourist visa. We returned this year after our marriage and with her green card and she had no problem getting on base. Clearances are issued for one year. 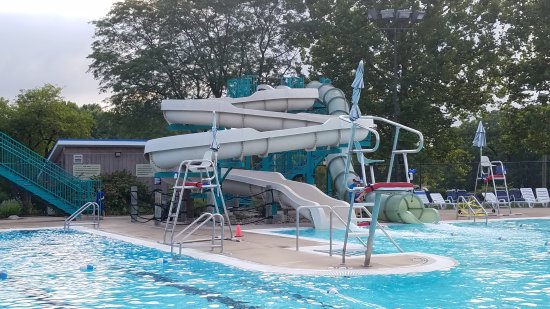 Very nice park district water park, friendly and professional staff. It had a section for children under six with a big slide, zero depth entry on the one side and about 6 water features. The children section went from 0 feet to 2 feet, and had a sand play area. The main pool also had a zero depth entry, a tot slide that looked like a boat and a few slides for the older kids and adults. The big pool goes from 0 feet to 11 feet at the deepest part where the diving board and a drop slide is. For the amount of money $6 dollars per person ( 2 and under free) it was a great deal and I would definitely recommend it for anybody with children looking for a cheap, fun and family friendly park district water park in the quad cities. 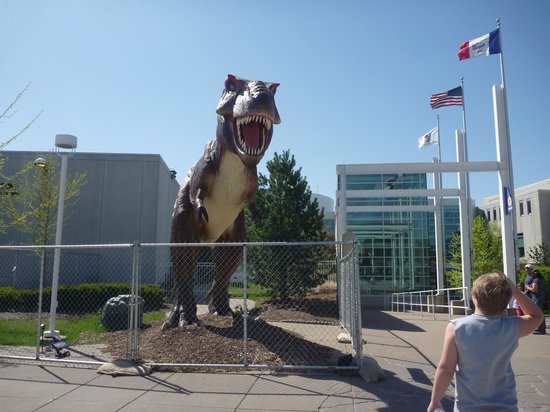 The Putnam is a place where people connect with history and ideas by doing, making and experiencing. Our classes and special events are a great complement to our hands-on exhibit galleries. There is always something new to discover and something for everyone at the Putnam.

Great exhibits for kids to use their fine and large motor skills. Exhibits are a little too advanced for toddlers and early elementary though there are activities within each exhibit for smaller children to participate and learn. The vacuum tubes and scarves had our grandsons entranced for 30 minutes plus! The dress up and play Indian village is great fun as is the tall tree house.

Of course, everyone must go to the lower level to see mummies and sarcophagus - as interesting now as it was 40 years ago

We remember the building when it was Davenport Art Gallery. It is great to see this wonderful space utilized by exhibits allowing room for large or small tours.

Whether visiting the Quad Cities or a resident, there are interesting exhibits for young and young at heart.

SUPPORT OUR LOCAL MUSEUMS!
Visit at least once a year, become a member, Volunteer and you will fall in love with this fantastic public museum! Our public owned museums enrich the lives of thousands of children and families who may never have the opportunity to visit a metropolitan museum. Support our local attractions.