10 Things to Do in Bandon That You Shouldn't Miss

Bandon (/ˈbændən/) is a city in Coos County, Oregon, United States, on the south side of the mouth of the Coquille River. It was named by George Bennet, an Irish peer, who settled nearby in 1873 and named the town after Bandon in Ireland, his hometown. The population was 3,066 at the 2010 census.
Restaurants in Bandon We stayed at the Best Western at Face Rock with its own private path to the beach. Sunset was spectacular. February is a great month to visit. 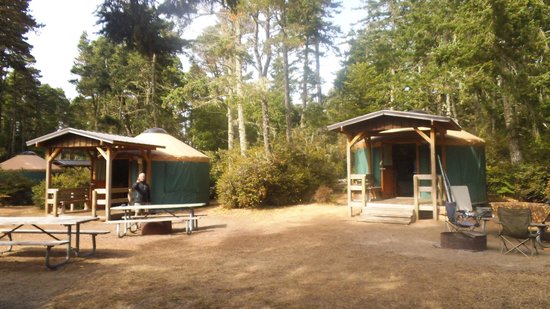 Came here for six days including the Veteran's Day holiday weekend. Lots of rain on and off, but this place handled it well. Clean facilities, great hiking to the beach and a light house too. This was a quiet time of year so only C Loop was open. It filled up half way on the holiday weekend, so make reservations if you can. Sites are large and private. This is a place I will come to again because it is clean and well tended to, and: location is super close to Bandon, which is a nice place to visit. The raccoons are out at night but not too much of a problem if you don't leave food out. They sneak up really fast! Biking is good, they have a horse camp that looked great for those traveling with horses. Lovely sunsets when the sun was out. 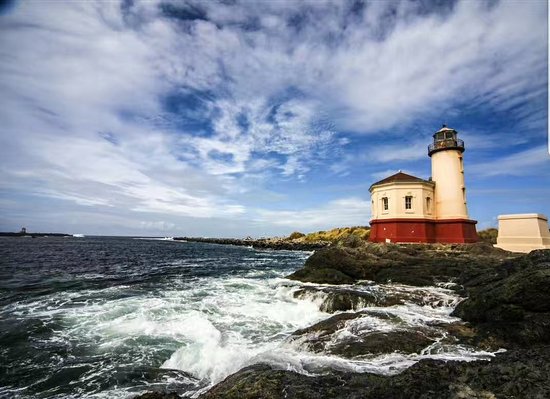 Bullards is a great stretch of beach but the Coquille Lighthouse is the symbol of Bandon. The lighthouse presides over the point where the Coquille River meets the ocean. I have seen small whales and dolphins in the channel at times but always enjoy the rocky jetty as a scenic view. Bullards Beach is great for driftwood as some of the best stuff washes up here especially in winter. Always watch for sneaker waves! 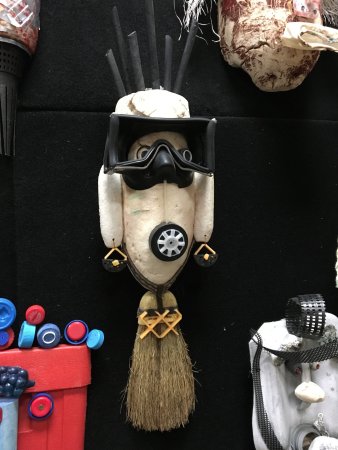 We are a non-profit community art project who's mission is to build and exhibit aesthetically powerful art to educate a global audience about plastic pollution in oceans and waterways and spark positive changes in consumer habits.

Amazing, with fantastic sculptures made from recycled items found on the beaches. Well worth a visit! It really raises awareness but it's disheartening to see all we discard. There is a workshop for volunteers to sit and trim some of the items to the artist's specifications. The imagery really makes a point, but in a very interesting way and I love to see the new sculptures. There are over 65 that travel the country so things are always changing. 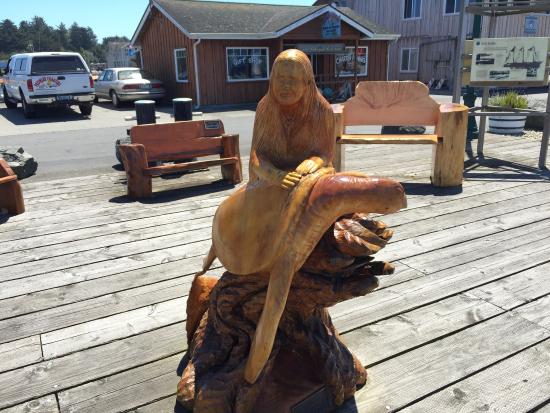 We stopped in to go to the farmers market and wondered what this little building was on the boardwalk. It is a glassed in building with all kinds of wonderful wooden benches and tables dedicated to loved ones. I see this is provided to give visitors a place to enjoy a local to go meal or picnic and get out of the wind or rain. The outside has wonderful sea life wood carvings. What a nice little spot to enjoy Brandon's waterfront. 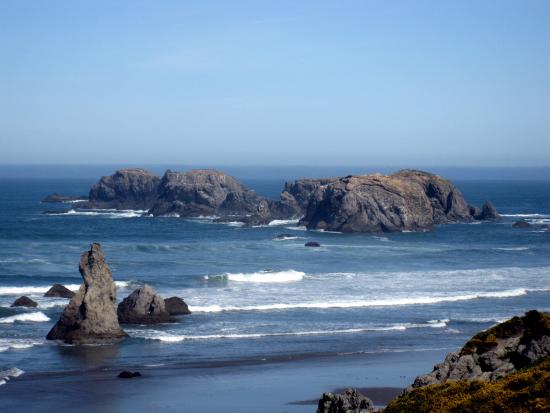 There are several points of access to Bandon State Park, but most often, I find the real right near the Best Western and find myself at the crest of the hill where I can survey the entire beach. Sometimes, it's a windy beach and the waves are dramatic, other days it can be calm. Every day is stunningly different. 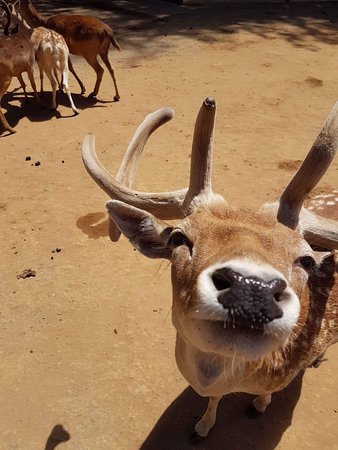 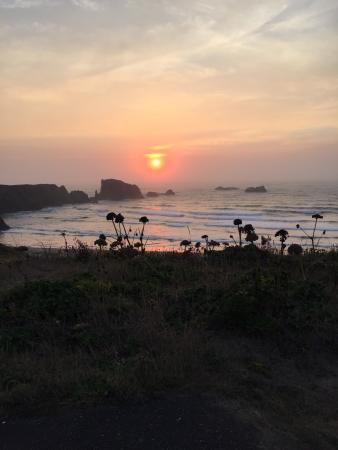 This is a great viewing area for Harbor Seals and nesting seabirds on the rocks. This area is part of the Oregon Islands Reserve and is a beautiful place for photography. 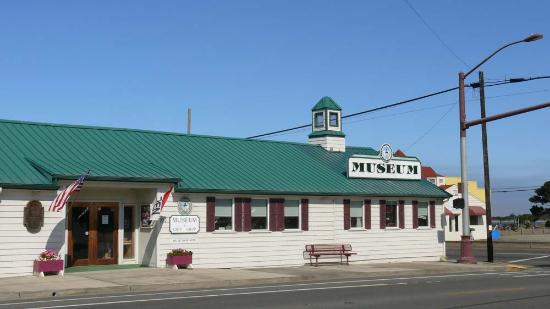 The Bandon Historical Society was founded in 1976 and is a non-profit 501(c)(3) organization with the mission of preserving and presenting historical material and artifacts related to the history of the Bandon area. The Society operates the museum at the corner of Highway 101 and Fillmore Avenue open six days a week 10AM-4PM (seven days a week in the summer), eleven months a year. Closed in January. Housed in a former Bandon City Hall, it was the second building constructed after the disastrous 1936 fire. Before moving into the current location, the museum was located in a historic bank building (currently the Masonic Temple) and the old Coast Guard building, now the home of the Port of Bandon. Bandon’s history museum shares the story of a town blessed by water and cursed by fire. Shipbuilding, shipwrecks, fires, beautiful beaches: all are on display. Bring the kids and have them take our History Detective’s Challenge.

Learned a lot about Bandon's history. Then I went to an evening talk at the state park, and one of the volunteers at the Historical Museum gave the talk. So I knew some things about the 1936 fire, the history of maritime disasters and lifesaving...MoreThanks for leaving feedback! Glad you also got to the state park to hear the talk. 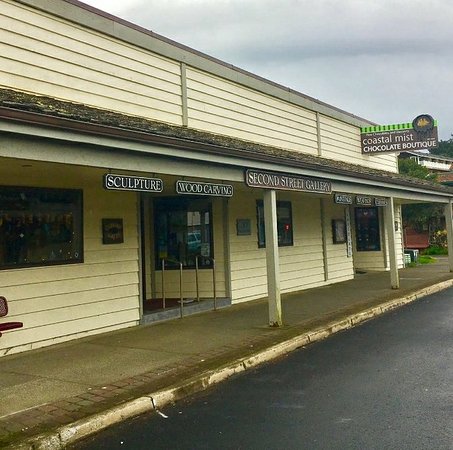 This is a great little gallery - well actually it's bigger than it used to be and under new ownership. Prices vary from small to large and artwork covers a number of mediums including pottery, glass, watercolor, silks, jewelry, etc. I was able to purchase a locally-made, small pottery vase for $10 and walked away happy. They have great smaller items that would travel or ship well. I did notice that not everything was locally made (but that wasn't their claim to fame either) but overall it was a well-curated selection of merchandise that was presented beautifully. I would definitely stop in again next time I am in Bandon for a visit.